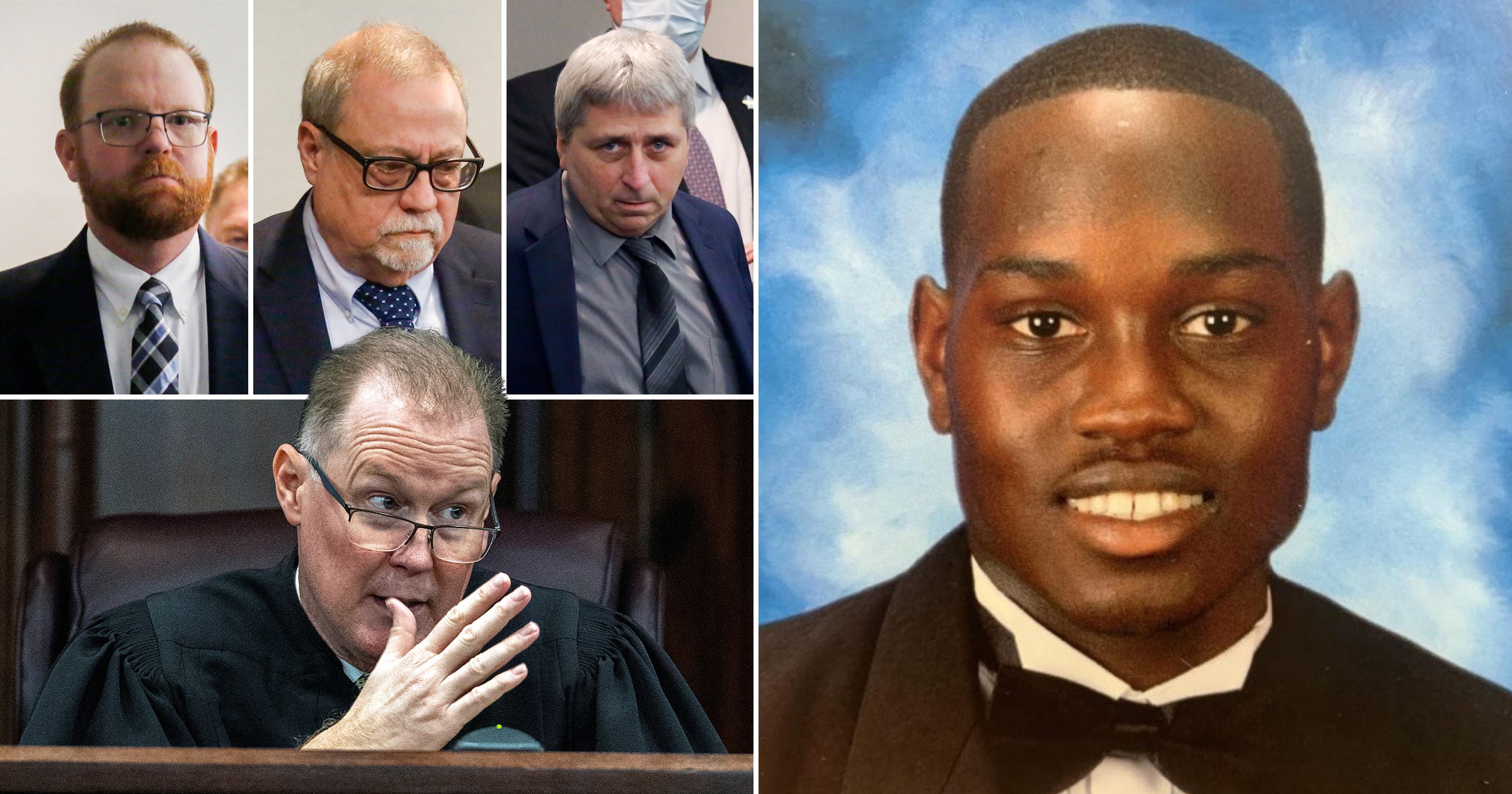 Viola Davis and Kerry Washington are among the celebrities who have welcomed the verdict in the trial of Ahmaud Arbery’s killing.

Three white men – Travis McMichael, the man who fatally shot Arbery, his father Greg McMichael and their neighbour William ‘Roddie’ Bryan, who captured the killing on video – were all convicted of murdering the Black man on Wednesday.

They were charged with chasing and killing Arbery, 25, as he jogged through their Brunswick, Georgia neighbourhood on February 23, 2020.

Reacting to the verdict, How To Get Away With Murder actress Davis wrote on her social media platforms: ‘As it should be. To Wanda….Ahmaud Arbery’s mother….. your son mattered. His life mattered. I pray this brings you a tiny shred of peace. To the jurors…..huge gratitude for doing right. The pendulum of justice swung in the right direction!!!!!!!!’

Scandal actress Washington tweeted: ‘Feeling the feelings is part of liberation. I’m grateful the jurors chose accountability, heartbroken for the Black families who haven’t received justice, called & inspired to continue the fight, and sending love & prayers to the family of #AhmaudArbery. May his soul RIP.’

Oscar-winning actress Octavia Spencer wrote on Instagram: ‘Thankful that #AhmaudArbery received justice today! My prayers for his loved ones especially his mother!!’

Broadcaster Jemelle Hill wrote in a lengthy Twitter thread: ‘Pray this McMichaels verdict gives Ahmaud Arbery’s family some peace. However, remember that the DA initially instructed police not to charge them because Greg McMichael worked with the DA. They were arrested 2 days after the video went viral — 74 days after Arbery was murdered.

‘The road to justice for black people in this country can be so precarious. So it’s difficult to use this as an example of the system working when we see black men jailed for life based off little to no evidence — and sometimes freed decades later.

‘It seems like it takes so much effort for the system to give us the most basic justice. And so little effort to ruin our lives.’

Piers Morgan tweeted: ‘Justice is done, and by a virtually all-white jury too.’

The trial lasted around two weeks and featured a jury made up of 11 white jurors and one Black juror. Arbery’s killing became part of a larger national reckoning on racial injustice after a graphic video of his death leaked online two months later.

MORE : Justin Timberlake would ‘love’ to speak to ex Britney Spears in private after publicly apologising to her

Revealed: Incredible reason the Guinness Factory only pays £45 a year...

Take a winter break to Cyprus – the only short-haul holiday...

Kanye West Wants ‘My Family Back Together,’ Admits Mistakes in 5-Minute...