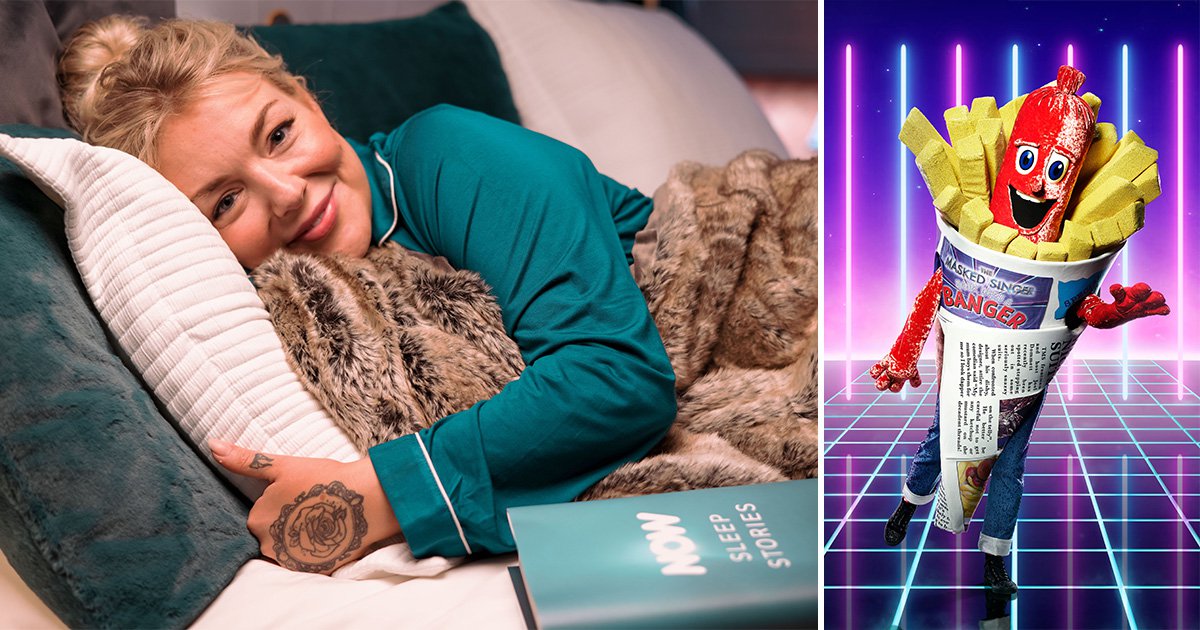 Sheridan Smith says she was flattered that fans of the Masked Singer thought she was the celebrity behind the Sausage, which was later revealed to be Joss Stone.

The actress, 39, revealed that Joss’s acting and the clues for the character were so convincing, even her own family members were second-guessing whether she had secretly taken part in the show.

Sheridan told Metro.co.uk: ‘Everyone thought I was Sausage, even my own family started thinking I was Sausage!

‘It did make me laugh because Joss Stone is the most amazing singer, so I was really flattered.

‘I didn’t want to ruin everyone’s guessing so I didn’t say anything until she was revealed, but it was like “Sorry guys, it’s not me!”’

Sheridan added: ‘It was very lovely that people were asking me and like I said, even my close family were thinking that I snuck off to do it. God knows when, when I have a child – maybe mid pregnancy or something I’d gone and filmed it without them knowing.’

Joss’s vocals had wowed viewers and the judges alike on the show, but Sheridan is also known for her incredible singing voice, so many were convinced it was her behind the mask right until the very end.

‘She was brilliant,’ Sheridan added. ‘She’s got such a gorgeous voice as well and she’s a soul singer, which I’m definitely not but I was just completely flattered. I’ll take it all day long that people thought I was the sausage.’

She confirmed that if it was her on the show, Sheridan would definitely have picked that costume, joking: ‘The outfit was brilliant.

‘If I had been on it – because I’m a big sausage and chips fan, and gravy – I would definitely have been that outfit.’

While her dulcet tones may not have been on the Masked Singer, Sheridan has recorded some sleep stories for NOW TV to help people get some shuteye amid the pandemic.

She explained: ‘At the minute people, are really struggling with anxiety and sleep problems and they’ve tried all kinds of things to get some sleep.

‘I can also relate to that with lack of sleep having had a baby, so that’s why I really wanted to be part of this.

‘I’m a big mental health advocate and I think it all starts from having a good night’s sleep, so I really hope this helps people.’

Sheridan Smith has narrated five free sleep stories for streaming service NOW, so TV, film and sports fans can escape to landscapes from iconic entertainment such as Game of Thrones and The Secret Garden. Head to sleepescapes.nowtv.com

MORE : Sheridan Smith wouldn’t rule out Two Pints of Lager reunion: ‘Janet probably has 20 kids and is still in the pub’

A peek inside a tiny chapel in the Channel Islands, measuring just 16ft by...