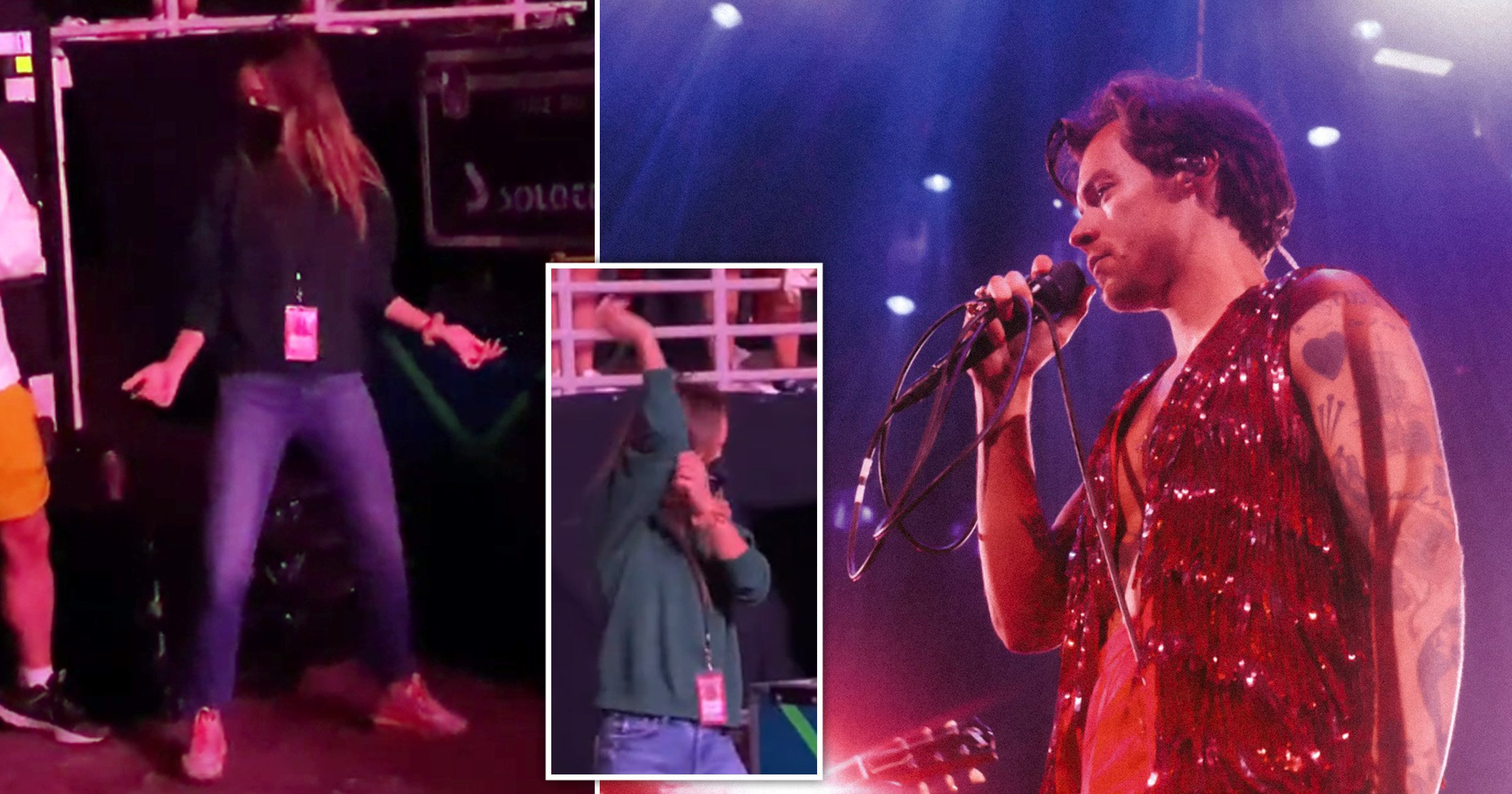 Olivia Wilde was completely in her own zone as she watched boyfriend Harry Styles’ latest tour show.

The Don’t Worry Darling director was on-hand to support the former One Direction star from the audience as he performed the latest stop on his Love On Tour jaunt in North Carolina on Tuesday.

As Harry got stuck into singing his track Woman, the music quite literally took over Olivia’s body as she pulled some intense dance moves at the bottom of the stage.

A TikTok user caught the epic moment Olivia body rolled alone, flipped her hair and head banged to the song.

‘Ok miss olivia get into it,’ the TikToker captioned the clip.

Olivia, 37, was in great spirits that night as a few lucky fans shared selfies they were able to grab with her at the show.

Another sweet video from the gig featured Harry performing on-stage with his guitar and stopping to give Olivia heart eyes as she watched from the crowd.

The former OC actress has been a frequent attendee so far on Harry’s tour, spotted backstage at several dates. Clad in a chic white suit, she was also seen arriving at the MGM Grand in Las Vegas last month when the indie pop star kicked off the tour.

Harry, 27, is believed to have started dating the American actress in January 2021 when they were pictured holding hands at a friend’s wedding after meeting on the set of Don’t Worry Darling, which Harry starred in.

They’ve been going strong and are often pictured at each other’s houses, while they also enjoyed a romantic holiday in Italy in July.

Harry’s Love On Tour shows have been eventful so far, with the singer dishing out dating advice to audience members, breakdown in tears over a fan’s gender reveal, and reveal the X-rated meaning of the lyrics to Watermelon Sugar.

He’ll next perform at the PPG Paints Arena in Pittsburgh, Pennsylvania on Thursday night. The tour is in support of Harry’s critically acclaimed second solo album, Fine Line, released in 2019.

MORE : Jesy Nelson ‘quit Little Mix without telling bandmates’ and they ‘found out through her lawyers’

Lizzo’s not here for haters as she claps back at critics of her see-through...

‘Doogie Kamealoha, M.D.’ Star Jeffrey Bowyer-Chapman on Why It Was the...