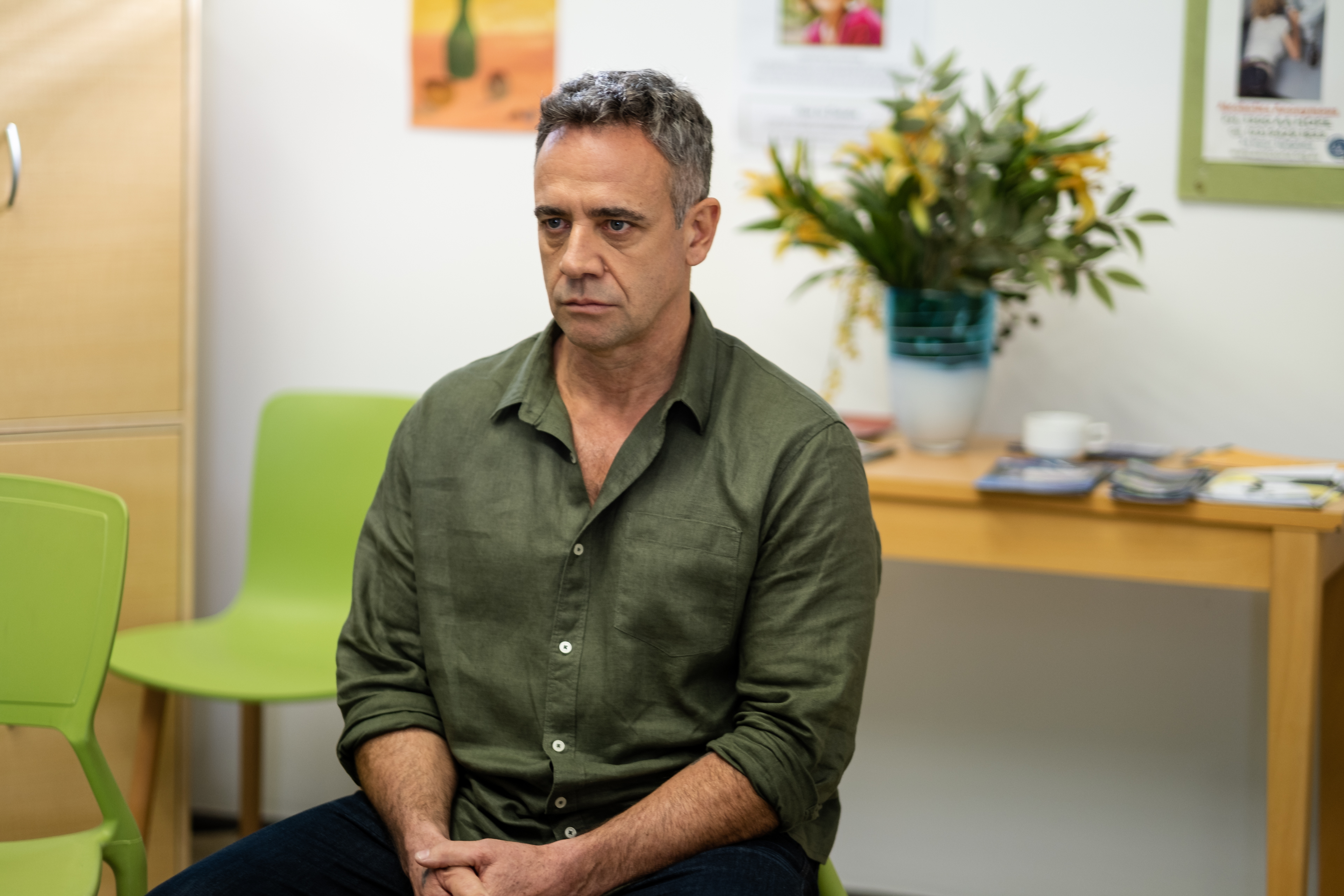 There has been a big question mark over Glen (Richard Huggett) since he returned in Neighbours. What does he want? Why is he trying to drive a wedge between Terese (Rebekah Elmaloglou) and Paul Robinson (Stefan Dennis)?

The question still hangs in the air, but all is about to become clearer.

Paul has been working hard to try and win Terese back and though he thought he was making headway, the sight of her sans wedding ring tells him otherwise. He confronts her, certain she’s about to tell him to get lost, but instead she confesses she simply lost it at the conference. His first thought about this – bad omen. But when he lets his worries subside, he realises there’s a way to turn this to his advantage. Unfortunately for Paul, he manages to make it backfire terribly.

Nonetheless, Terese does actually accept his new ring and he is delighted. It’s a step closer to getting back on track. Glen, on the other hand, is horrified. His work at splitting them up has failed and he tries to reason with Terese that she’s making a huge mistake. He tries to get her to see she is better than allowing herself to fall for Paul’s manipulations.

Paul later hurt to learn of Glen’s attempts to hamper their reunion and involve himself in Terese’s decision.

There’s more upset to come for Paul when he finally discovers Glen’s real reason for returning to town. Hugely vexed by this turn of events, he goes on the warpath. Leo (Tim Kano) and David (Takaya Honda) try to get Paul to see sense and to talk to Glen before doing anything he’ll regret, but will a distressed Paul hear the voice of reason?

The Warmest Winter Coats to Buy During Black Friday — Canada Goose, L.L.Bean, The...

How to Watch the Janet Jackson Documentary ‘Malfunction’