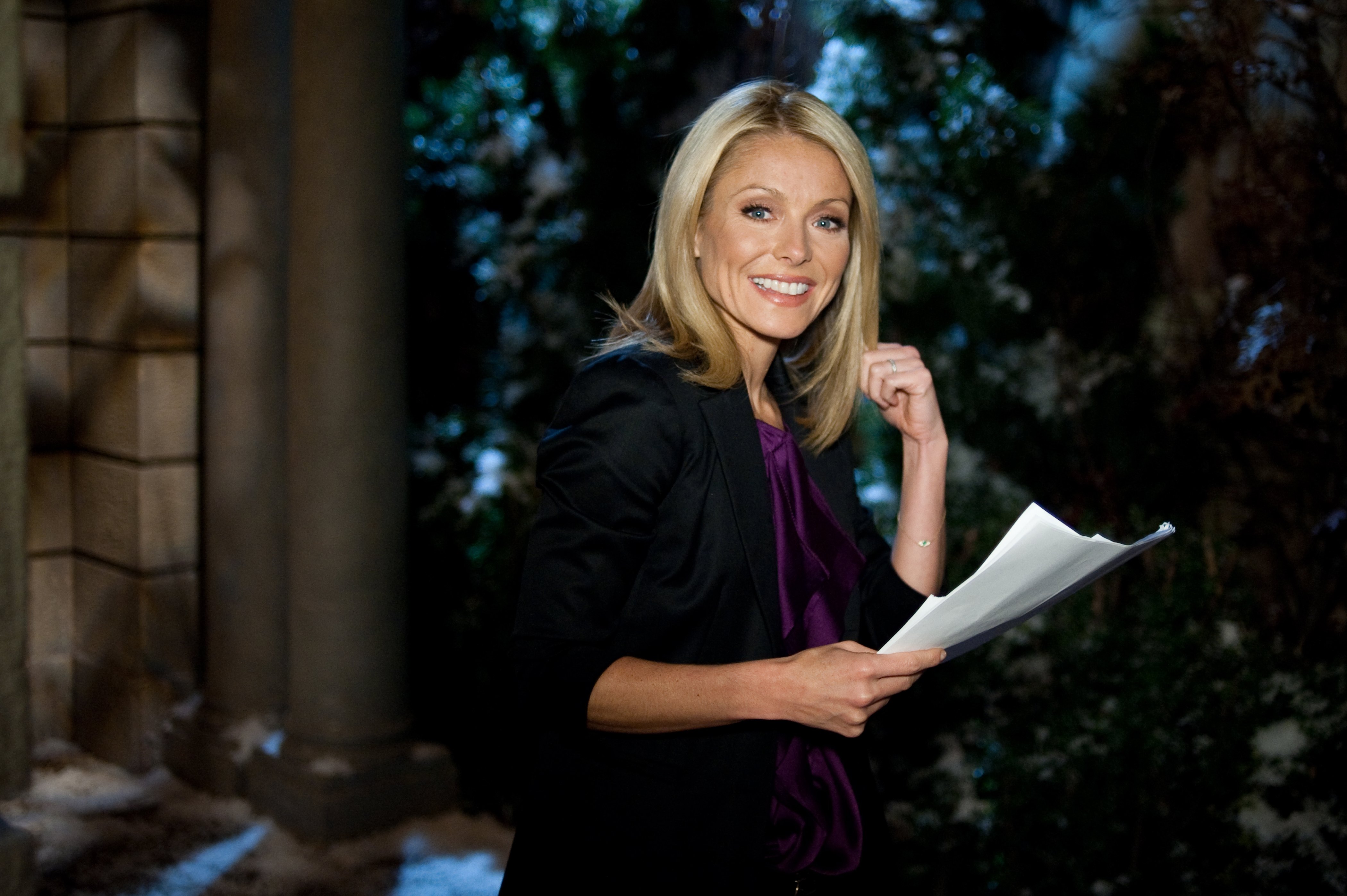 Kelly Ripa shared a sweet message with her former All My Children co-stars in the premiere of E!’s Reunion Road Trip.

The episode saw several of the popular soap’s stars together to look back at their time on the game-changing daytime drama.

AMC alum Ripa recalled her time on the beloved soap as she stated: ‘I was only 19 years old on the show and playing the role of Hayley Vaughan, which was one of the biggest roles of my life.

‘It’s where I met my husband Mark [Consuelos]. I still consider my dear friends from the show my family and I miss every single one of them.’

Indeed, LaRue even is godmother to Ripa’s eldest son, Michael.

LaRue reminisced: ‘Kelly started on the show about three years before I got there but the second we met, it was kindred spirits.

‘It was game-on friendship. She was the sweetest girl, so to see her catapulted into stardom, I think everybody was excited.’

The good friends came together 50 years after AMC premiered and a decade after the series concluded.

The series helped to launch the careers of many household names includin Sarah Michelle Gellar and Amanda Seyfried, while the likes of Oprah Winfrey and Carol Burnett made guest appearances.

Meanwhile, it was recently reported that a revival sequel series is in the works – with Ripa and her husband attached as producers.

MORE : Kelly Ripa and her mother Esther are basically twins in incredible side-by-side photos from their 30s

Chrissy Teigen ‘wants an interview with Oprah Winfrey to save her reputation’ amid bullying...