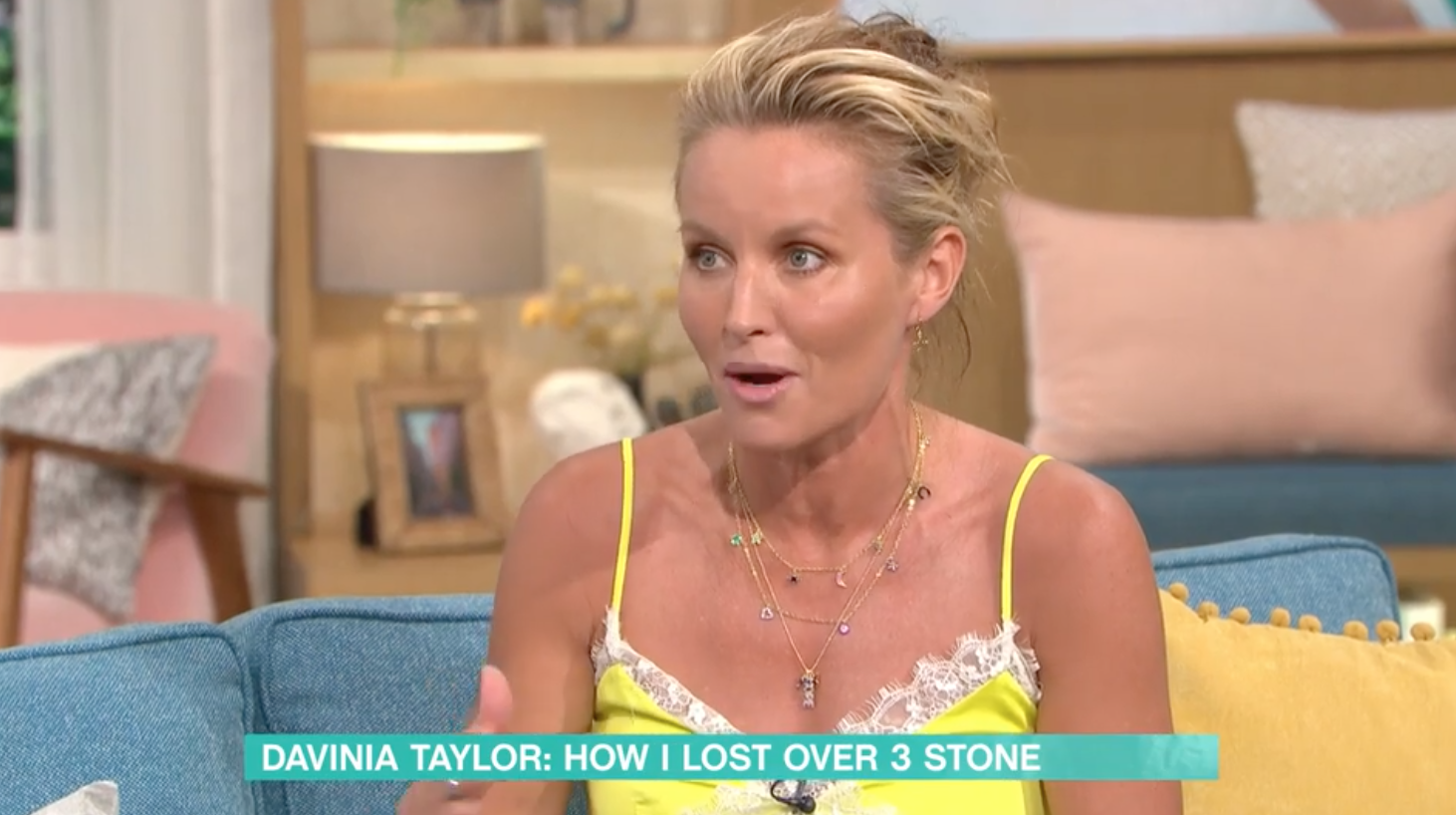 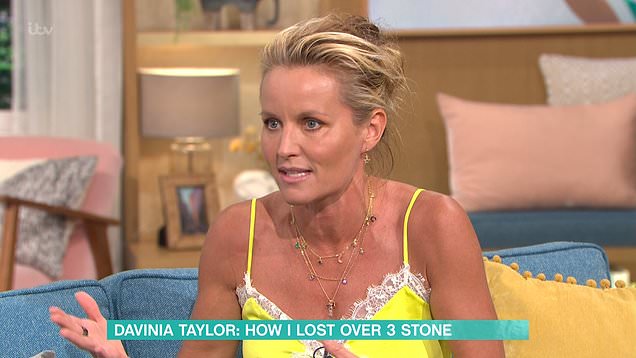 To view this video please enable JavaScript, and consider upgrading to a web browser that supports HTML5 video

Hollyoaks actress Davinia Taylor has opened up about her weight loss, after shedding more than three stone.

The 43-year-old – who famously played Jude Cunningham in the Channel 4 soap – went from a size 16 to a size eight, and has penned a book on her journey.

In the pages of It’s Not A Diet, she talked candidly about turning to food after overcoming an addiction to alcohol, with her weight increasing to a point she was ‘borderline obese’.

During an appearance on This Morning, she lifted the lid on what spurred her weight loss after trying her hand at diets, explaining that she had cut out sugar and sunflower oil.

‘First of all you don’t count calories, you’ve got to count chemicals,’ she told Dermot O’Leary and Alison Hammond. ‘What I’ve done over the years, I eat on depression. When I’m upset or stressed, I reach for carbohydrates and that’s sort of form of bio hacking.

‘Basically you’re trying to hack into your hormones to boost your mood, and I was doing that after my mum died constantly, because I gave up drinking 13 years ago so I knew I couldn’t go to that. So I turned to carbohydrates and sugars and pizza and everything. I couldn’t stop.

‘But what I didn’t realise was the ingredients in there, a few of them, were really triggering me to be even more depressed. The one that I found out, more than sugar would you believe, is vegetable oil and seed oil, which actually just makes you depressed.

‘It’s not meant to be in our diet but it’s everywhere. And when I cut that out, all of a sudden, my body started functioning better, and I could metabolise the food I was storing and get rid of it, and then improve my mood and then start exercising.’

Davina also recalled the moment she was warned about her weight by doctors, who urged her to ‘moderate’ her food intake.

‘I went to a load of  doctors and they were like, “Well you’re borderline obese, you’re going to have to start moderating”,’ she continued.

‘Me, as a recovering alcoholic, said, “Oh moderation. Yeah, that will work with me. Thanks so much for that advice”. I can’t moderate, I can’t have one Pringle, I’ll have the packet, and it’s advertised that way.’

The actress eventually started paying more attention to what she was eating, and cut certain ingredients and products out of her diet.

She credits this to her weight loss, and has gone on to write a best-selling book about her experience.

Davinia starred as Jude Cunningham in Hollyoaks, making her debut on our screens in 1996.

She originally had a two-year stint on the soap, before making a brief return in 2016.

Jude was last seen departing Chester with a very large bag of money, after making a fortune in a property scam.

This Morning continues on weekdays, at 10am, on ITV.