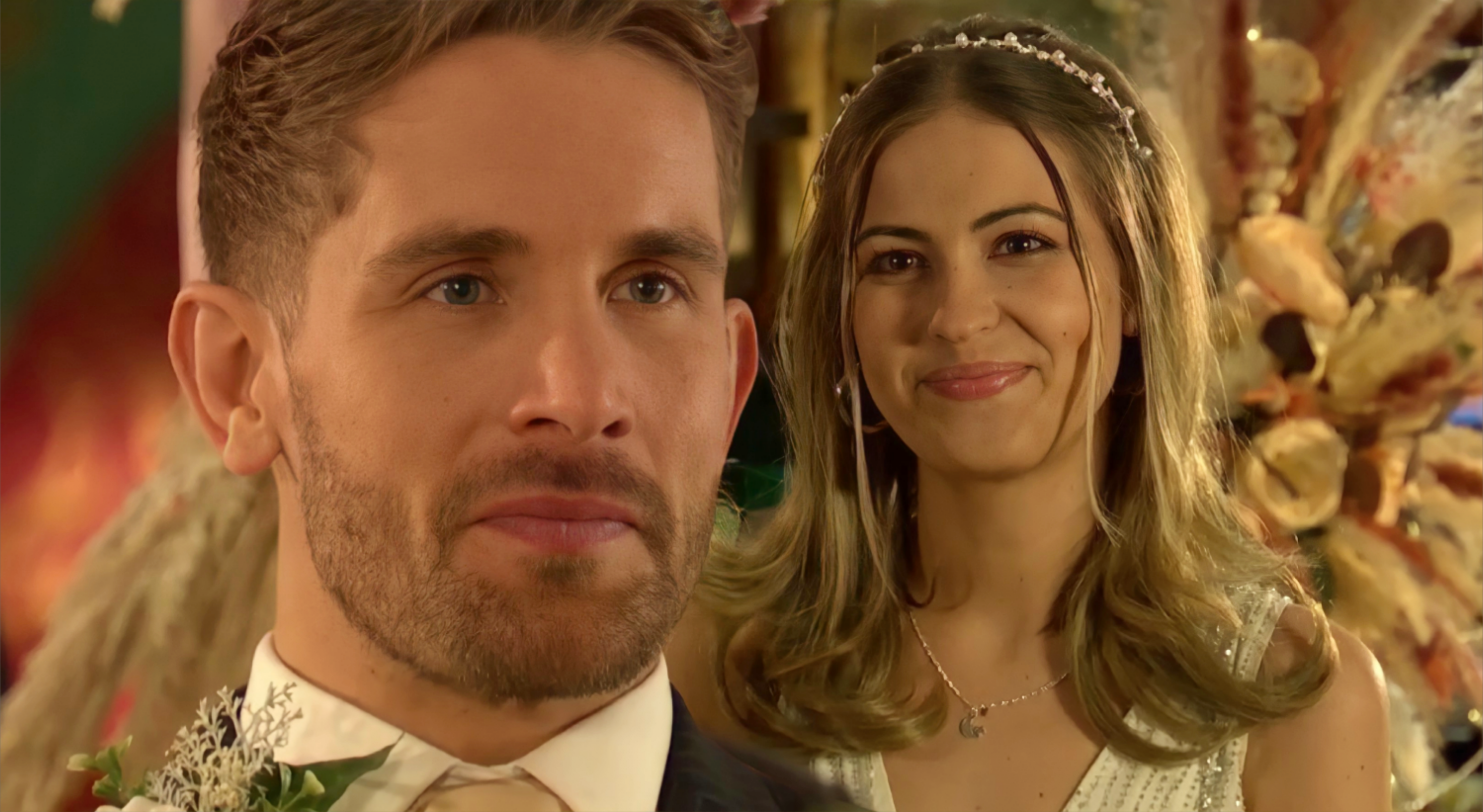 They say that revenge is a dish served cold, but Summer Ranger (Rhiannon Clements) would be inclined to disagree, as the Hollyoaks schemer has made it quite clear that she prefers her vengeance piping hot and ready to burn!

The villain, who arrived in the eponymous village last year, has been on a mission to destroy Brody Hudson (Adam Woodward) for the role he played in the death of her dad Cormac (James Gaddas).

Hiding behind the facade of the sweet and innocent cupcake lady, Summer has carefully and cleverly plotted her fiancé’s downfall, manipulating him into falling in love with her in the process.

And after months of intricate planning, she’s ready to pull the rug from under Brody in tonight’s E4 first-look edition of the Channel 4 soap, as she at last takes her revenge.

We’re keeping tight-lipped on what transpires, but let’s just say that Summer’s plan doesn’t go as smoothly as she’d hoped, as she encounters a number of obstacles along the way.

That doesn’t stop her, however, and in the end Brody ends up paying a heavy price, in scenes that will seemingly change the landscape of the serial drama.

Ahead of tonight’s unmissable outing, Metro.co.uk spoke to actress Rhiannon Clements about what’s in store, whether or not Summer is on a path of no return, and of course that special relationship with Sienna Blake (Anna Passey) that just about everyone is talking about!

Last night, we saw Summer put the final preparations in place for the wedding. How is she feeling about the big revenge plan?

At this stage, everything is going really nicely for her. She’s got all her ducks in a line and everything is running as smoothly as it can.

I think she’s just thinking: ‘Let’s get this on the road!’. She wants to do what she’s been trying to do for months – what she started out trying to do. But it’s just whether it will all go to plan now which, as we know in soapland, it never does!

Is it right to say that there isn’t anything she won’t do to get revenge on Brody?

Yes! When I think about it, it’s shocking – the lengths that she will go to. I think once she started down the path, her obsessive nature took over. She won’t stop until the job is done. Getting Buster involved is shocking and appalling, but that’s what she thinks will do the most hurt to Brody. She really scrapes the barrel with how low she’ll go. She’ll do anything!

Joel has found the video of Brody and Warren plotting Cormac’s murder, and he and Warren confront Summer with this discovery on the big day. How does she react?

In typical Summer fashion, she tries to style it out! ‘It’s not what it looks like! You’ve got the wrong end if the stick, it’s definitely not my plan to destroy Brody!’

She catches Joel in the village with the iPad, which she’d previously shown the video to Liberty on. Warren knows that if this video gets out, he will go down for murder, but Summer tells him that this is the only thing she’s got left of her dad, and tries to manipulate the situation that way. But he ends up deleting the video!

This is a complete curveball for Summer, as she was going to use this to show the village that Brody is not Mr Nice Guy – reveal what he did to her dad, and maybe that would’ve put an end to it. But once that footage goes, it’s onto the next thing for her, as she works out what to do to destroy him!

It would’ve been a nice place to have left it. The footage would’ve saved Brody a heck of a lot more trauma that’s to come!

It’s a massive curveball, and one that Summer doesn’t really know what to do with, so she behaves quite erratically!

Summer is forced to improvise after this, so how far does she go to get things back on track?

She goes as far as she can go! With Summer, you should think of the worst thing, and then add another! Just know, there is no stopping her. And because she is so creepy and manipulative, she can do all these things under the radar.

It’s interesting to see when things start to become unstuck, in terms of her plans to destroy Brody and all the things that are going on there, mixed in with the thing with Sienna, and the real genuine feelings she’s got there. Where does it end? Where do we go? There’s no limit to what she can do. There’s going to be a lot more drama to come, this is definitely not the end [of her plans]. She’s not giving up, let’s just say!

You mentioned Sienna. Do you think Summer can actually see a future with her?

Absolutely! Summer and Sienna, for Summer, is definitely real. And it’s something that has become a massive hinderance in the plot against Brody! But if she could just run away with Sienna today, she definitely would. They’d create this whole new life where they’d be happy. But she needs to finish what she’s started here, and get justice for her dad.

The fans have really fallen in love with Summer and Sienna’s relationship. Was this something you were expecting?

Not really! I was expecting there would be some people who would love them. It is such a shift and a plot twist when you think of how Summer arrived, and they hated each other because of Sienna’s relationship with Brody! But it’s such a lovely dynamic. Because of the people they are, they understand each other. They get one another, because it’s a really level playing field.

And it’s really lovely to see the support, it’s been amazing. A really happy surprise!

Do you think Summer’s actions give her a shelf life? As in, will she get her comeuppance? Or can she be redeemed?

The thing with Summer, I think there is so much complexity to her and there are reasons behind why she’s doing certain things.

There’s so much more than meets the eye in terms of her backstory, so I think there is definitely opportunity for her to redeem herself, but that’s depending on how far she does go – especially with Brody, and how messy things become – and if she can pull it back, and not become what she’s becoming along this track.

I would definitely love to see a redemption arc for her, but you never know! With the track she’s on at the minute, it’s going to be an interesting one to turn around, but there is possibility.

I know what you mean! Summer has been characterised in such a way that she’s not just a villain

Yes, there’s a lot of complexities and there’s a lot of resemblances between her and Sienna. A lot of mirror-imaging. Things that, if you dig under the surface, there’s the reasoning behind the actions, to a certain extent.

She’s very complex! Vey damaged, and very confused, and that all mixes in with the side of her that’s very dangerous – which is prevalent, at this point!

Tonight’s the night we’ve been waiting for, as Summer takes her wedding revenge. Without giving anything away, what can you tease?

It’s going to be very twisty and turny, very dramatic, as every fake wedding should be!

There are going to be a lot of questions created, because it’s going to be the first time Brody finds out about a lot of stuff, and there’s stuff that will put Sienna in an awkward position too, with Summer in the middle of this whirlwind that she has created.

It’s not one to miss, and I’m really excited to see it!

Emmerdale spoilers: Terror as Sarah Dingle collapses and is rushed to hospital

Spike Lee Addresses Cannes Palme d’Or Slip-Up: ‘I Have No Excuses, I Messed Up’

Britney Spears’ ex-manager sorry for ‘failing’ her amid legal battle for her freedom: ‘If...