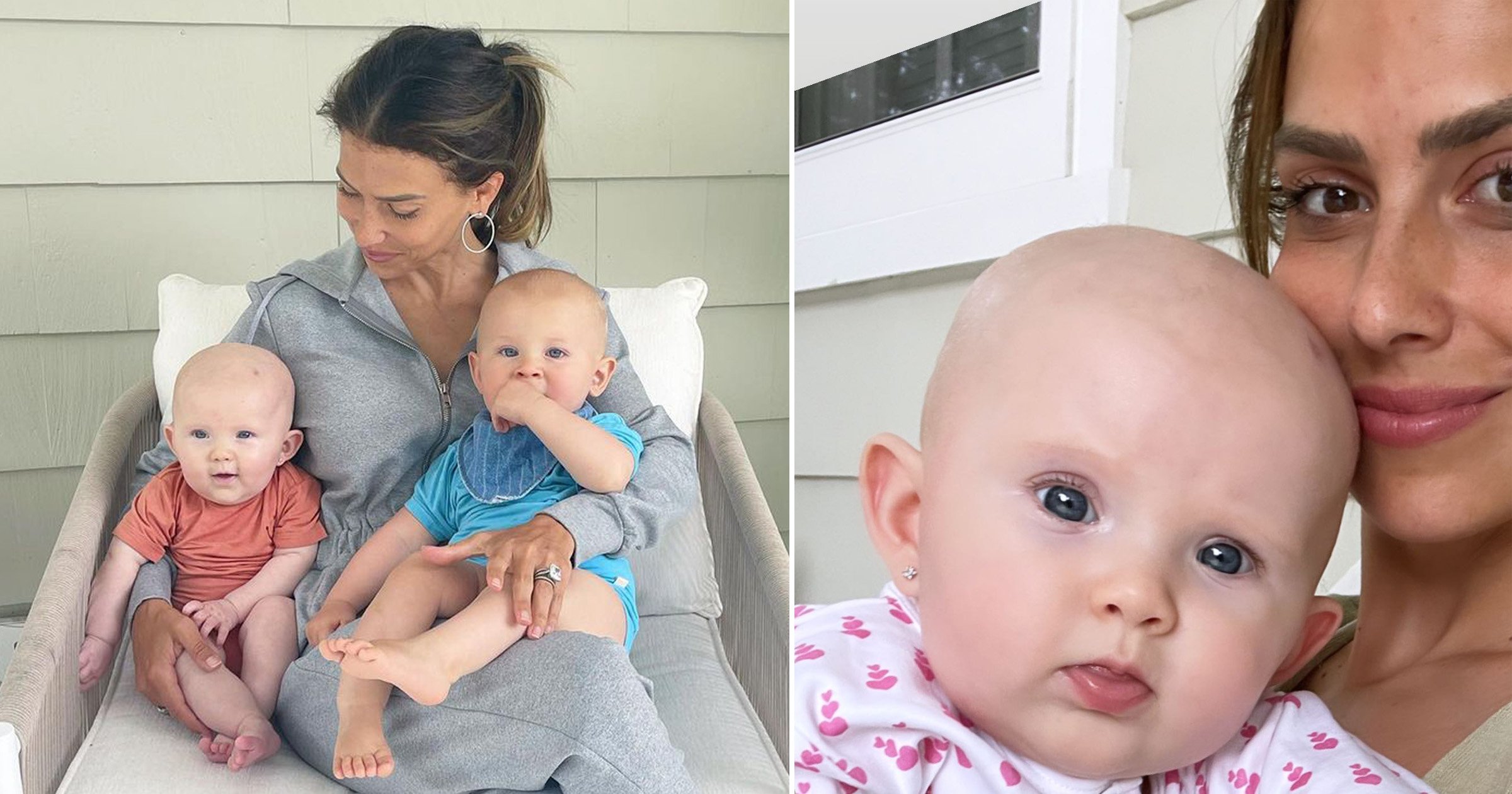 Hilaria Baldwin has taken to Instagram to address bizarre claims from trolls that her baby isn’t hers because their skin tones are different.

The yoga instructor and influencer, 37, shares six children with husband Alec Baldwin, 63, including youngest daughter Maria Lucia, who was born earlier this year via surrogate,

She hit back at trolls who had messaged her asking whether the baby was hers as its skin tone was lighter than Hilaria’s own.

Hilaria wrote alongside a photo of her cradling her youngest child: ‘I know… I know, sleuths….my skin is darker and my kids’ is lighter.

‘Yes, they are mine.Trying to keep up with all these ideas…I have to say: you have quite a bit of time on your hands.’

The couple also previously opened up about losing a baby four months into a pregnancy in 2019 after already having miscarried another child earlier in the year.

Just last month, the couple took all six of their children to the premiere of The Boss Baby: Family Business, with all eight of them donning matching black suits and ties.

Hilaria had also been involved in controversy earlier in the year after a viral Twitter thread about her ‘decade long grift where she impersonates a Spanish person’ stated that Hilaria’s given name was Hillary, that she has switched between American and Spanish accents throughout her career.

Hilaria recently spoke out on her belief that culture can be fluid, admitting it can be ‘hard to belong’, adding that people get to ‘curate our individual expressions of our cultures, languages, who we love, what we believe in, how we dress, present ourselves’.

MORE : Hilaria Baldwin believes culture can be ‘fluid’ after controversy over her claiming to be Spanish

MORE : Alec and Hilaria Baldwin suit up with their six children at premiere of The Boss Baby 2