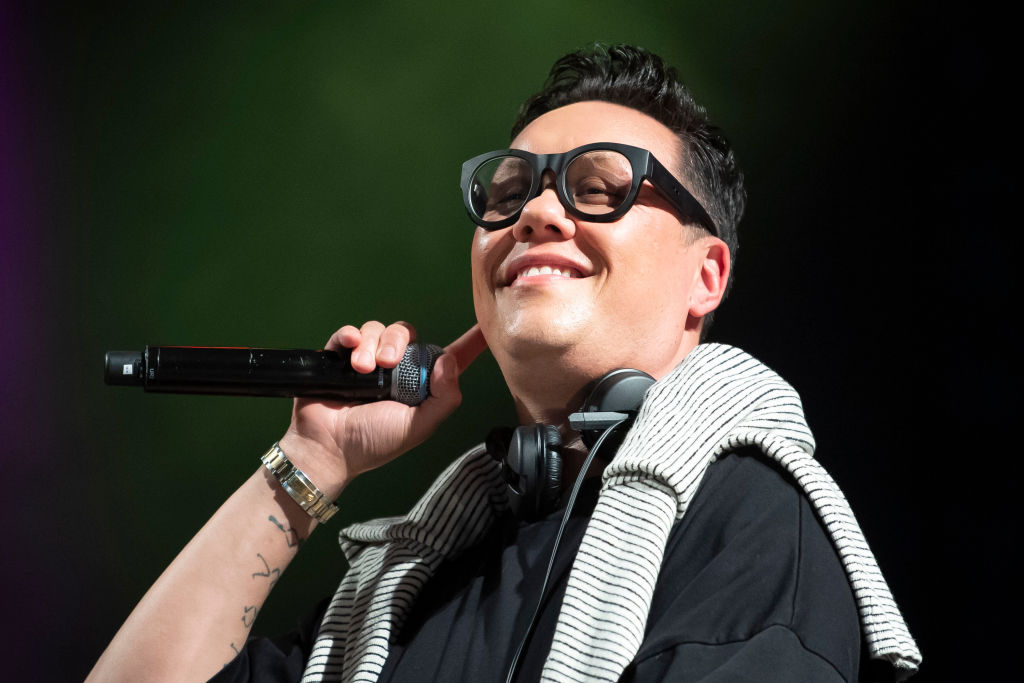 TV presenter Gok Wan is set to receive his MBE after a chest infection thwarted his previous attempt to collect the award in October.

He is among a number of award recipients who are set to attend two ceremonies at Windsor Castle, separately hosted by the Duke of Cambridge and the Princess Royal.

The host of How To Look Good Naked and fashion stylist had been due to receive his MBE for services to fashion and social awareness last month, but had to cancel after he fell ill.

He told his Twitter followers he was feeling ‘a little topsy turvy’ at the time, tweeting: ‘Wide awake (cos I passed out on the sofa at 9.50pm)… so I’m ordering Christmas decorations for my panto dressing room. Anyone else feeling a little topsy turvy? Just me? Ok.’

A spokeswoman for How to Look Good Naked star Gok confirmed he was ill and was ‘devastated’ he could not go to the ceremony as he ‘really wanted to go’.

She told the PA news agency: ‘He’s got a chest infection. He didn’t want to share his germs so he’s rescheduled it. The only reason is he didn’t feel 100%.

‘He kept testing for Covid, he doesn’t have Covid but didn’t want to share his germs.’

Voice coach to the stars Carrie Grant, sports presenter Gabby Logan and Lizzie Jones, the widow of rugby league player Danny Jones, are also among those who are set to collect their MBEs.

Grant, who with her husband David has voice-coached The Spice Girls, Take That, Gwyneth Paltrow and Will Young, and appeared on TV shows including Pop Idol and Fame Academy, is being recognised for her services to music, media and charity.

Logan, who has hosted programmes on many of the world’s biggest live events from the World Cup to the Olympics, is due to collect her award for services to sports broadcasting and the promotion of women in sport.

Lizzie Jones is being honoured for services to rugby league and charity after helping raise hundreds of thousands of pounds for the Danny Jones Defibrillator Fund named in honour of her late husband.

Jones set out to raise funds for cardiac defibrillators after Danny, a Wales international, died from an undiagnosed heart defect while playing for Keighley in May 2015.

The fund has helped pay for cardiac screening for junior and adult players and in recent months has been helping other sports, including cricket, generate the funds they need to install defibrillators at local clubs.

A senior executive and research leader at a pharmaceutical firm behind one of the coronavirus vaccines is also set to receive his knighthood.

Professor Sir Menelas Pangalos, AstraZeneca’s executive vice president of biopharmaceuticals research and development, is being honoured for his services to UK science.

‘Married at First Sight’ Heads Back to Boston for Season 14: Meet the Couples!