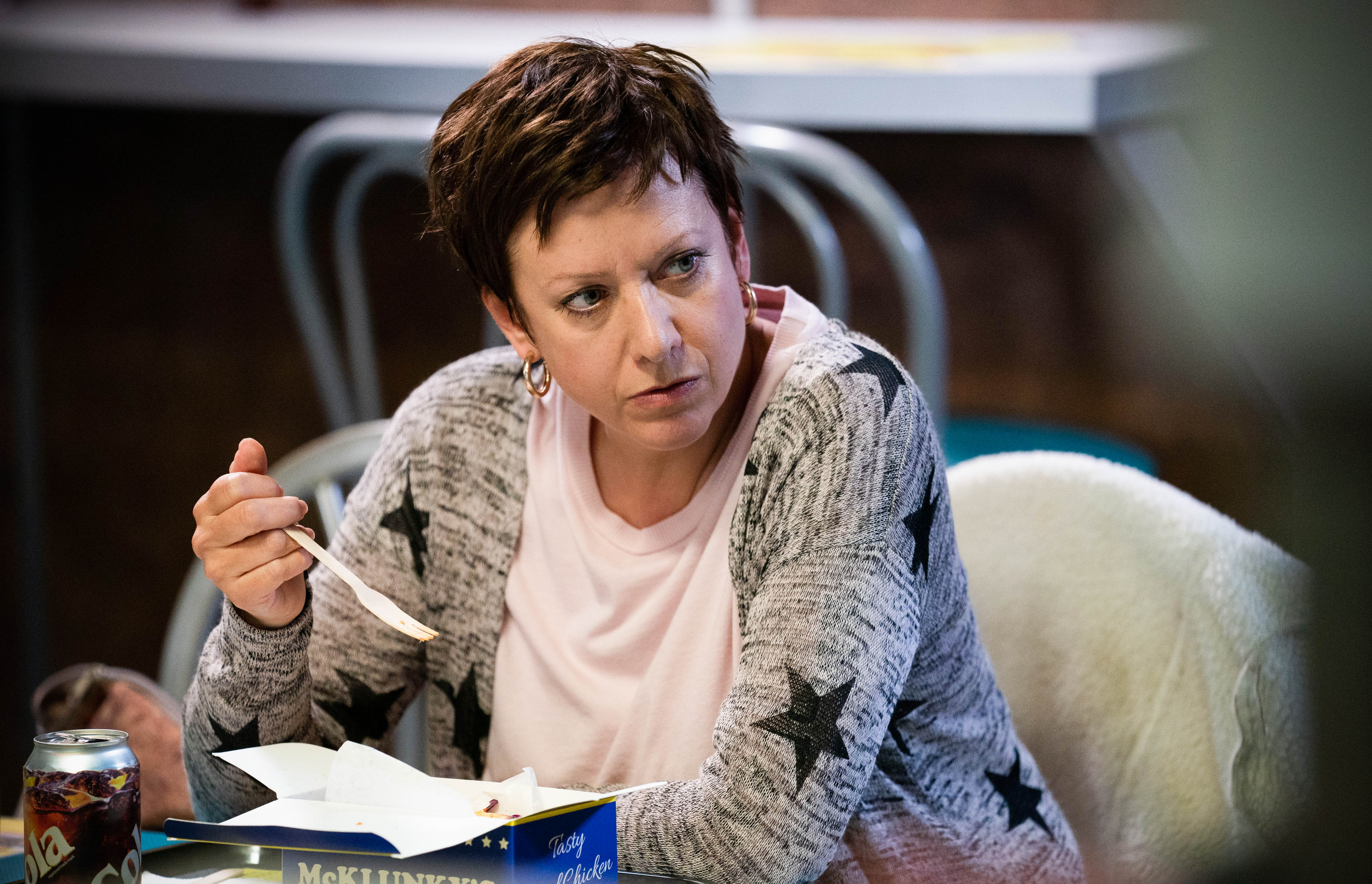 Sandy Gibson’s (Martha Cope) vanishing left Dotty Cotton (Milly Zero) worried sick in EastEnders, but she’s set to get quite the shock next week, when her estranged mum resurfaces once more.

Sandy shows up at Ruby’s club in upcoming scenes, much to Dotty’s relief.

She tells her mum that she has been saving up for rehab for her during her absence, and soon offers her a place to stay.

Tom ‘Rocky’ Cotton (Brian Conley), however, is not pleased to learn of Sandy’s return, as he knows her presence in Walford could blow the whole scam he has running to steal from Sonia Fowler (Natalie Cassidy).

Dotty, meanwhile, instructs her uncle Tom to scam Peter Beale (Dayle Hudson) for more money, after he successfully got £3,000 out of him earlier this month, telling him that she needs the cash for her mum.

But Sandy soon catches sight of Rocky, and it’s safe to say that her suspicions are raised!

Will she work out what he’s up to?

‘I have watched EastEnders since it began,’ said actress Martha Cope upon her casting as Sandy. ‘I’m beyond excited to join such an iconic show and having a great time playing Sandy.’

EastEnders’ Executive Producer Jon Sen said: ‘Martha is a brilliant addition to our cast – we’re excited to welcome her to Walford.

‘To say Sandy has a chequered past is an understatement and it’s no secret that Dotty’s upbringing was marred by her parents.

‘Sandy’s arrival catches Dotty off guard and she’ll be forced to confront everything she’s tried to leave behind.’

Emmerdale spoilers: Priya struggles as she sees her scars for the first time

Pete Davidson and Kim Kardashian West spend his birthday in matching looks, with a...

Emmerdale spoilers: Who is watching Chloe and Kerry in sinister scenes?

Emmerdale spoilers: Dawn in danger as she is jealous of Meena...