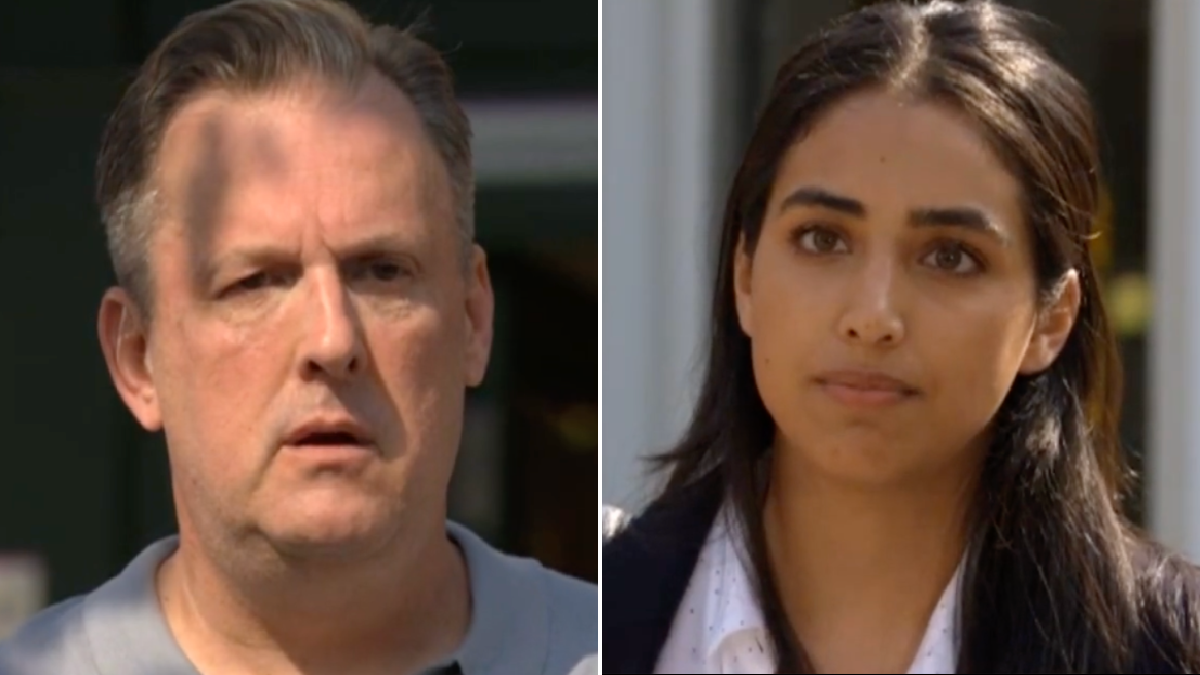 Ash Panesar (Gurlaine Kaur Garcha) was left appalled at Harvey Monroe’s (Ross Boatman) racist comment in EastEnders, and wasted little timing in calling him out on it.

The doctor was under a lot of pressure in Thursday’s (October 14) offering of the BBC One soap, as she had an ‘observed clinic’ at work.

A lack off support from mum Suki (Balvinder Sopal) left her feeling tense, but things got off to a good start at the hospital, as she impressed both her boss and Sonia Fowler (Natalie Cassidy).

Ash was optimistic as the day went on, but she later encountered a racist patient, who refused to be treated by her.

Her day then went from bad to worse when her boss revealed that her hospital pass had been handed in at the front desk, reminding her that failing to report it is an offence.

Ash pleaded with her boss to overlook the incident, but she refused to do so. After a long day, she prepared to head back home, only to discover more bad news: her cab had arrived, and the driver was none other than Harvey.

Viewers will know that Ash previously threw up in Harvey’s cab after a night out, and it’s safe to say Harvey wasn’t too pleased.

Nonetheless, Ash got into his taxi, and returned to Walford. Harvey, however, repeatedly reminded her incident, which left her feeling even worse.

But it was Harvey’s subsequent comment that truly stopped her in her tracks.

‘I don’t know why I expect anything different,’ he said. ‘It’s always the same with you lot.

‘You lot. You think you know it all. Got no manners’.

Ash, stunned, asked him to clarify what he meant by ‘you lot’. Harvey, realising what he’d said, claimed that he simply meant ‘young people’, but Ash knew that there was more to it.

Harvey followed Ash, telling her he’s ‘not that kind of bloke’.

‘What are you too scared? Well “us lot”, we’re not. I’ll call you exactly what you are. A racist pig!’

‘I’ll be sure to tell everyone around here what kind of man you really are.’

EastEnders continues Friday October 15 at 8:05pm on BBC One.

Kylie Minogue ‘will be back’ to the UK after Australia move, Dannii Minogue promises