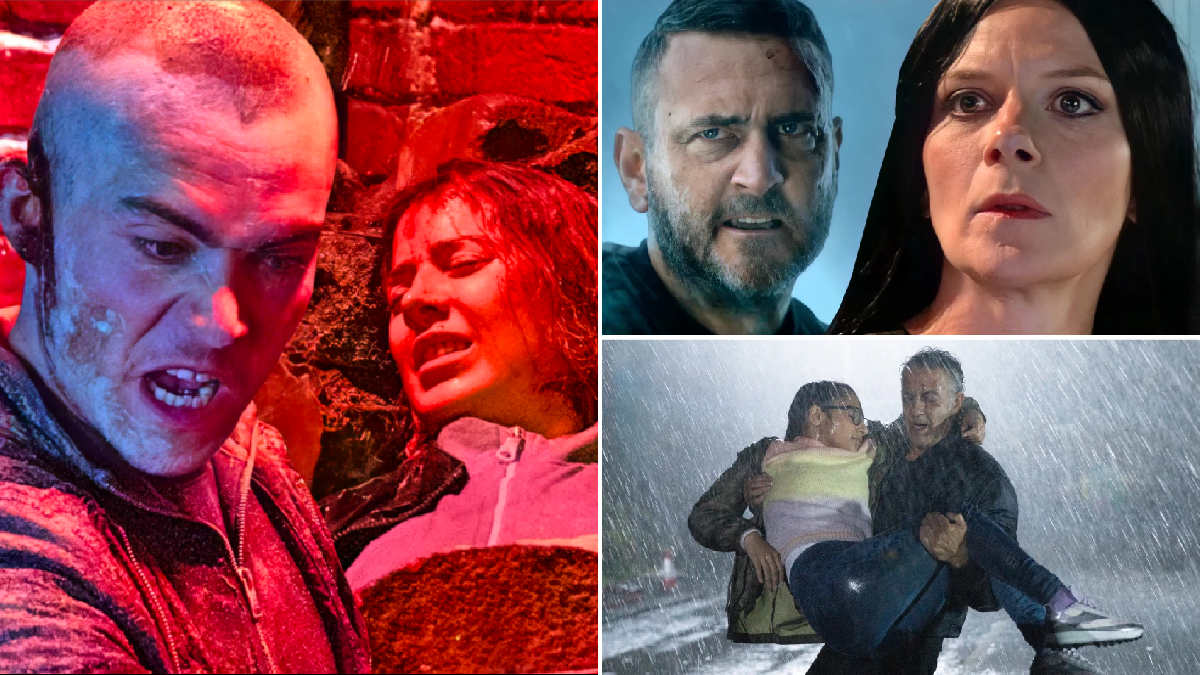 Death, destruction and drama reign supreme, as Coronation Street pulls out all the stops for ITV’s signature Super Soap Week!

Debbie Webster’s (Sue Devaney) House of Horrors attraction is at the centre of the drama, and thus no one spots the ominous shifting of earth around the Platts’ sinkhole – the catalyst in the horror to come!

Abi Franklin (Sally Carman), meanwhile, watches a video of Corey Brent (Maximus Evans) packing for Germany and soon afterwards, she sets off with the gun in her possession – hellbent on revenge.

However upon confronting the killer with the firearm, both she and Corey fall into the sewers below! And with the water rising around them, Corey takes hold of the gun.

Elsewhere, an accident ensues on a country road, endangering the lives of Dev, Asha and Aadi Alahan (Jimmi Harkishin, Tanisha Gorey and Adam Hussain), while Harvey Gaskell (Will Mellor) escapes, and makes his way back to the cobbles.

He’s hellbent on finding Leanne Battersby (Jane Danson), who wastes little time in running for her life. But will she escape? Or will murderous Harvey get his revenge?

It’s REALLY all kicking off in Weatherfield next week, and if you’d like a not-so-little preview of what’s coming up, then check out our first-look gallery below, featuring over 60 images of all the action!

Gaming giant that owns Candy Crush and Call Of Duty sacks more than 20...

Conor McGregor heartbroken as beloved dog Hugo dies: ‘He was with me all the...