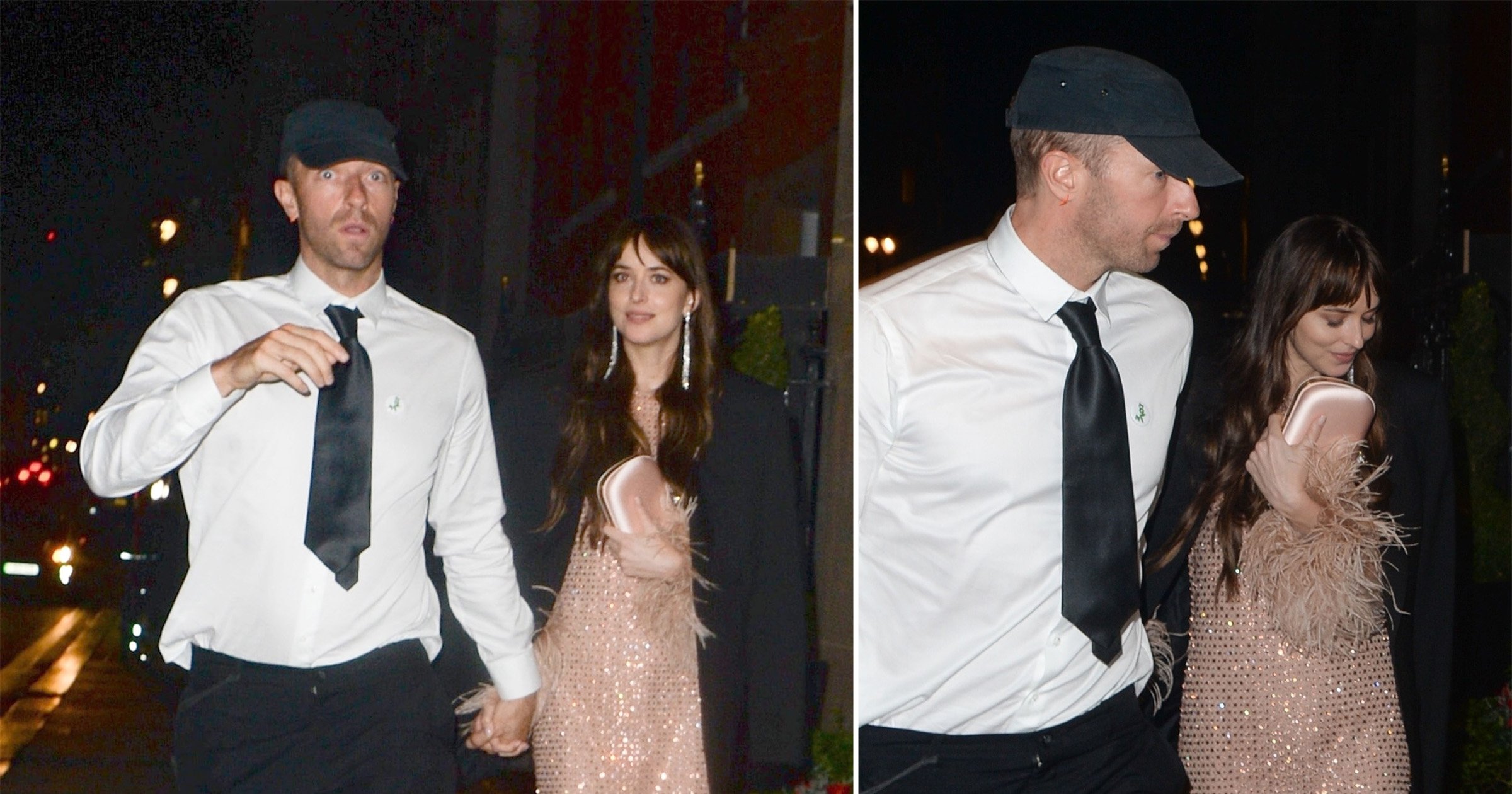 Chris Martin and Dakota Johnson looked as loved-up as could be on a night out at London’s Claridge’s Hotel.

Despite being a couple for four years, Chris and Dakota are rather low-key about their relationship and tend not to splash their lives across social media.

The pair were seen following the premiere of Dakota’s upcoming film The Lost Daughter after a red carpet event took place at the Royal Festival Hall on the Southbank.

The 50 Shades Of Gray Star joined fellow leads Olivia Colman and Ruth Wilson on the red carpet, along with director Maggie Gyllenhaal.

Following the premiere, the couple headed back to their hotel where they were photographed holding hands, as Chris led his girlfriend along the path.

The sweet snaps come as Chris promotes Coldplay’s new album, Music Of The Spheres, set to be released on Friday.

The band played a once-in-a-lifetime gig for fans at the O2 Shepherd’s Bush Arena on Tuesday night to help launch their ninth studio album, with guest appearances from Fleur East and Ed Sheeran.

According to fans present at the intimate gig, Chris even publicly professed his love for Dakota on stage, dedicating the song My Universe to her and pointing to her as he sang ‘You’re my universe and I just want to put your first’.

The Coldplay frontman is set to appear on Radio 2 Breakfast tomorrow to chat to presenter Zoe Ball, followed straight after by Adele.

The Lost Daughter has been well-received by critics following its premiere yesterday evening, with Metro.co.uk awarding it four out of five stars.

The Lost Daughter is released in cinemas on January 7.

MORE : The One Show’s Angela Scanlon announces pregnancy: ‘Feeling nervous about jumping on a trampoline’

Last-minute holidays to Tenerife, Lanzarote and Gran Canaria – with deals from £27pp a...

Rust’s Alec Baldwin shooting Halyna Hutchins ‘may have been caught on camera’ as search...