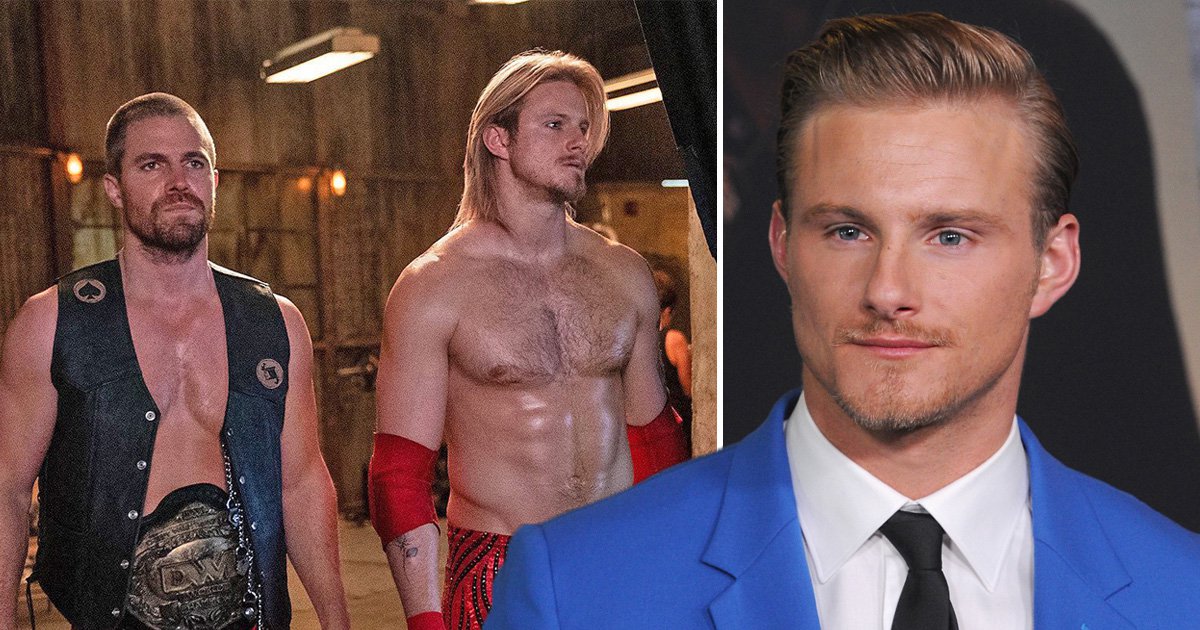 Alexander Ludwig is shaking off his Vikings armour to become a man with a pro-wrestling mission in his new series, Heels.

The newly-married actor, best known as Bjorn in the beloved series, shared a first look at him in action in the ring, playing Ace Spade – a glam rocker wrestler entering the family business.

Standing alongside him is Arrow star Stephen Amell, who will play his brother Jack Spade, who’s also a wrestler.

Next to the pic, Alexander wrote: ‘Introducing Jack and Ace spade. HERE WE GO!!! First look [at Stephen] and I in [Heels].

‘This show guys…this frikin show. Strap yourselves in.’

The actor was supported by his former Vikings co-star Katheryn Winnick, who is now starring in drama Big Sky, who told him: ‘Looooove this so much! Can’t wait to see you Kill it!!’

The eight-episode drama will track the brothers as they try and build their wrestling career – with Jack’s persona being a villain (or a ‘heel) and Ace being one of the heroes (a ‘face’).

Both grieving the death of their father, their in-ring scripted matches soon are nothing compared to their off-screen war as they both fight over their late father’s wrestling promotion – and national attention.

The problem is, as part of small town Georgia, do they have what it takes to bring everything to the big leagues?

Starting filming in August last year, it seems the guys have thrown themselves into their roles – with production stopping after Stephen sustained a back injury during a stunt.

Thankfully he was able to recover and get back to the set.

Heels has yet to be given a release date by Starz.

Colin Jost opens up about secret wedding to Scarlett Johansson and first year of...