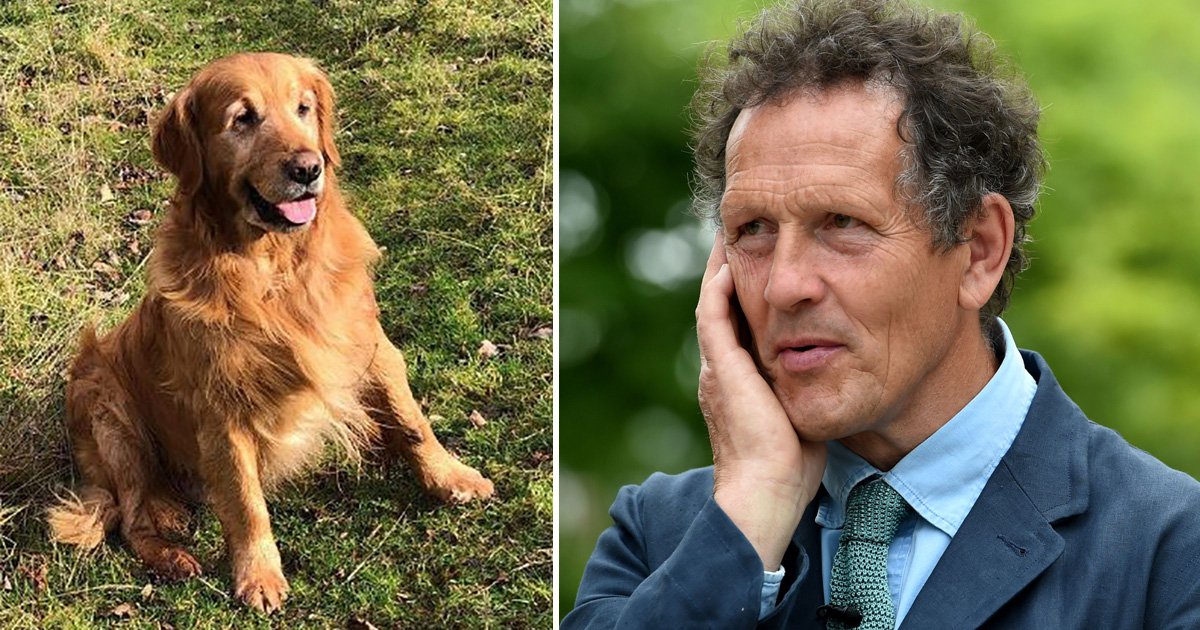 The death of Nigel, the beloved Golden Retriever belonging to Monty Don rocks fans of Gardeners’ World, with the presenter comparing it to the death of Princes Diana, who died in 1997.

It’s been nearly a year following the death of Nigel, who was ‘suddenly taken ill’ and died in May last year, breaking the hearts of his many loyal fans.

Over the years, Nigel became the surprise star of the BBC show, receiving his own fan mail, had social media fan accounts dedicated to him and even lent his name to Monty’s book Nigel: My Family And Other Dogs.

Now Monty has spoken about the death of Nigel – who became the surprise star of Gardeners’ World, and would delight viewers as he followed his owner around – and reflected on their bond, as well as the outpouring of grief from others.

Speaking to Radio Times he said: ‘When we’d go out filming at half-past seven in the morning he would always be ready, almost bags packed, and would work the camera.

‘People for some reason suspended disbelief and wanted him to be this special person. There was real sadness when he died. It was a sort of Diana-type sadness.’

Monty has spoken openly in the past about his mental health and how gardening has helped, and told the magazine that ‘nature is a really effective medication’.

He said he is also more open now about his own practical failures, such as struggling to grow lamb’s lettuce.

He went on: ‘In the past, I wouldn’t have told you about it. I would have just kept the ones that worked and known in principle that I knew what I was doing.

‘Now I’d be much more inclined to share with the camera.’

Revealing Nigel’s devastating death last year, Monty had written on social media, alongside a photo of his dog: ‘I am very sorry to announce that Nigel has died.

‘To the end he was happy, healthy and his usual calm, lovely self.

‘But he was suddenly taken ill and he slipped quietly away with no pain or suffering and is now buried in the garden with lots of tennis balls.

‘Rest now old friend. See you in the sweet bye and bye.’

Fans shared their sadness at the news, as they reacted on social media to Monty’s message.

‘Oh Monty, I’m so sorry for your loss. Nigel brought so much joy to many thousands, what a very good boy he was, the best of companions,’ one replied on Twitter. ‘My parents both read your book, then insisted I did too & I would recommend it to all dog lovers. Sincere condolences to you all.’

Another shared how affected they were by the announcement: ‘Have just stood in my kitchen and had a cry. Funny how we can develop feelings and empathy for dog and owner, we’ve never met.’

Commemorating his friend, Monty, who often had Nigel appear on his BBC Two show alongside other Golden Retriever Nellie, later revealed a personalised plant pot which had his dearly departed dog’s name on it and said will sit in the garden as a tribute.

The full interview is in Radio Times magazine, out now.

If You Thought Connell’s Chain Was Hot, Wait Until You See Regé-Jean Page Wearing...