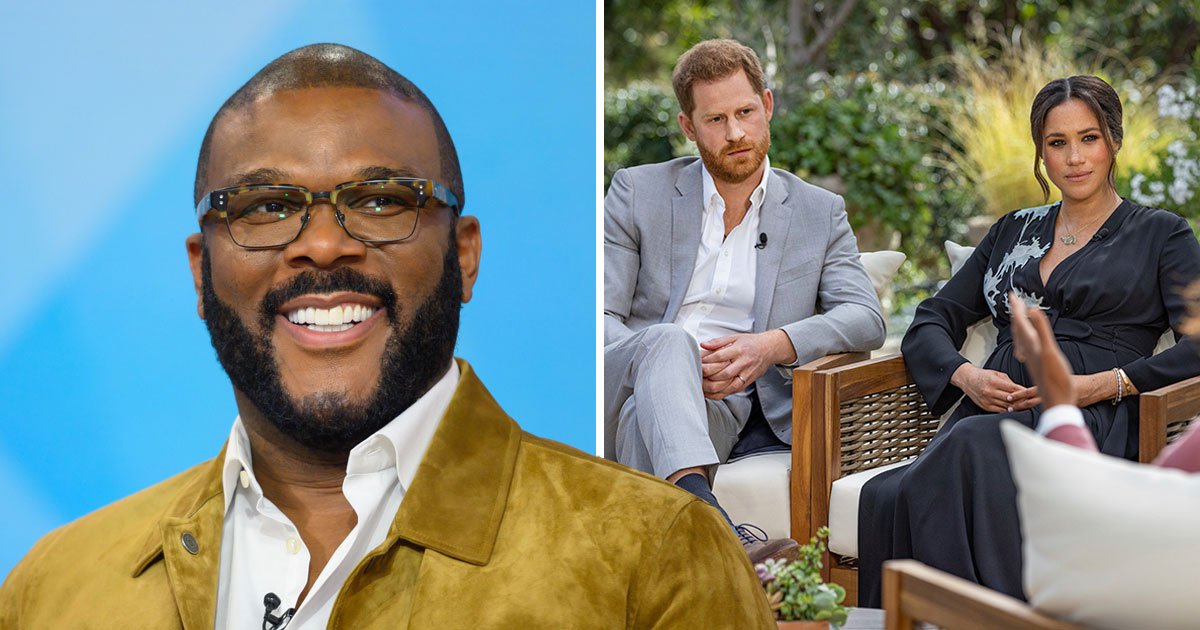 Tyler Perry played an instrumental part in helping Prince Harry and Meghan Markle moving to Los Angeles from their initial home in California.

The Madea icon, 51, offered the Duke and Duchess of Sussex one of his Hollywood homes and security after their Royal support was removed.

In Harry and Meghan’s explosive interview with Oprah, which airs in the UK tonight, the couple explain their quick move from Canada to Los Angeles was done after their location became public knowledge.

‘We didn’t have a plan,’ Meghan explained. ‘We needed a house and he [Perry] offered his security as well so it gave us breathing room to try to figure out what we were going to do.’

Harry added: ‘The biggest concern was while we were in Canada, in someone else’s house, I then got told, short notice, that security was going to be removed.

‘So suddenly it dawned on me, “hang on a second, the borders could be closed, we’re going to have our security removed, who knows how long lockdown is going to be, the world knows where we are, it’s not safe, it’s not secure, we probably need to get out of here.”’

After staying in Perry’s Hollywood mansion, the pair decided to remain in California, and now live in Montecito.

Harry and Meghan’s chat with Oprah aired in the US last night, with major bombshells being dropped about life as a member of the Royal Family.

Meghan revealed she had suicidal thoughts as she struggled with life in the spotlight, and claimed an unnamed member of the royal family raised ‘concerns’ about how dark her son Archie’s skin might be when he was born.

Harry talked about the rift with his brother Prince William saying the ‘relationship is space at the moment’, but that he’d lost contact with his father.

Meghan, who is pregnant with the couple’s second child, also confirmed they were expecting a baby girl.

Archie turns two in May.

Oprah with Meghan and Harry airs tonight at 9pm on ITV.

MORE : Bethenny Frankel apologises for Meghan Markle tweet after interview: ‘It must feel suffocating and powerless’

Meghan Markle and Prince Harry have spoken to Oprah Winfrey in a bombshell interview about their decision to step back as senior working members of the Royal Family.

Here are the key points from the interview, which UK viewers can watch at 9pm on ITV on Monday, March 8.

IS PRINCE HARRY STILL IN THE LINE OF SUCCESSION?