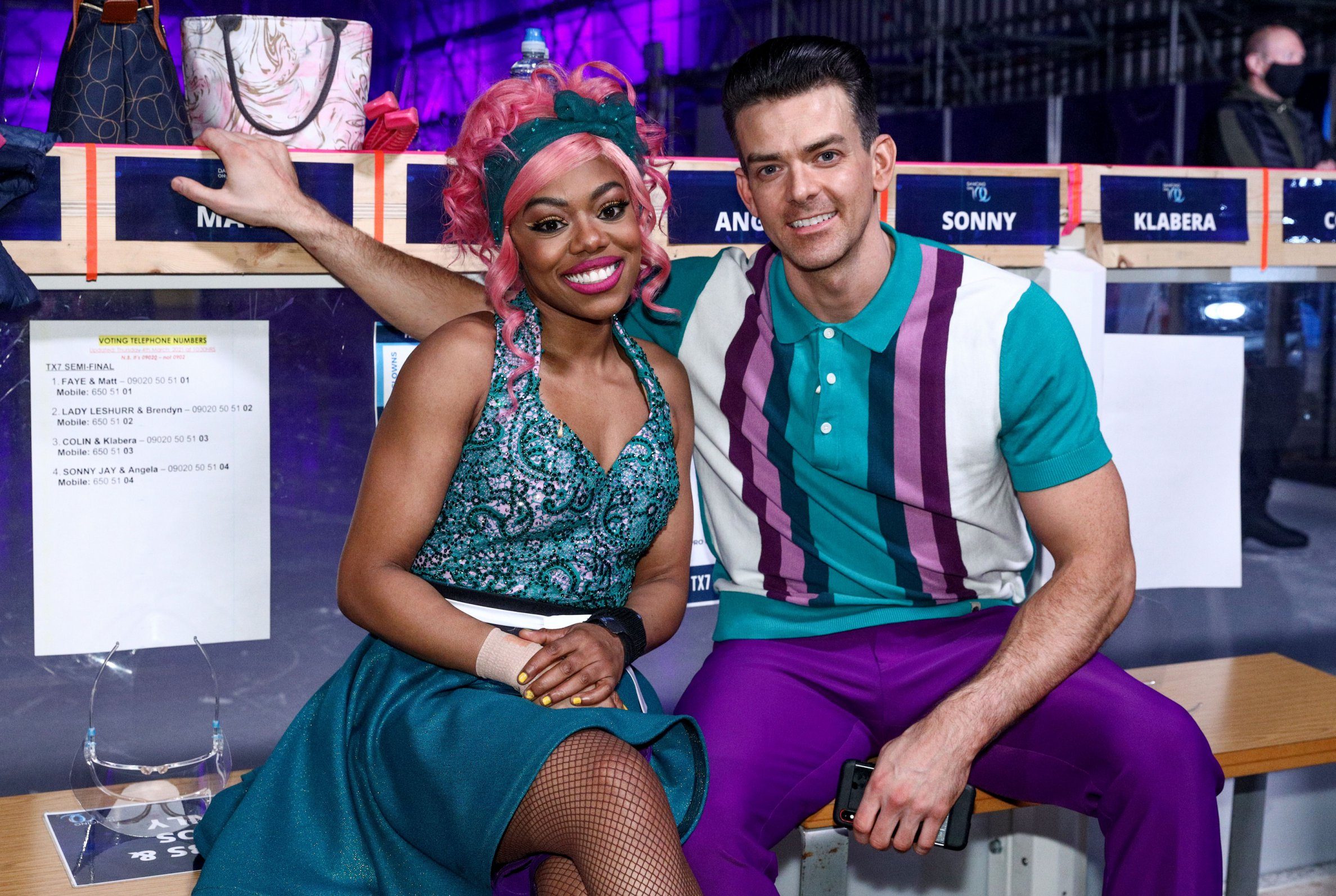 Lady Leshurr has become the latest celebrity to be eliminated from Dancing On Ice 2021 after trying her best to impress in the semi-final, leaving fans outraged that she didn’t earn a spot in the final.

During the latest episode of the ITV skating show, Faye Brookes, Colin Jackson, Lady Leshurr and Sonny Jay went head to head for a chance to skate in next week’s final.

After performing two routines for the judges, Lady Leshurr and Colin landed in the bottom two and had to take to the ice rink yet again for the skate-off.

In the end, Colin Jackson was voted to remain in the competition by Jane Torvill and head judge Christopher Dean, resulting in Lady Leshurr having to leave the show.

Although she and her partner Brendyn Hatfield were just one week away from reaching the final stage of the competition, the pair beamed as they skated off the rink for the last time.

Earlier on in the show, the rapper became the first celebrity on this year’s series to achieve a perfect score of 40 for her first routine, which featured the chair prop assigned by Jane and Christopher.

She later performed a moving second routine in honour of her sister Carmen, who died from breast cancer last year.

The Dancing On Ice judges were left in tears over her performance, with John Barrowman saying her family would be ‘proud’.

Several fans were left enraged by her elimination as they felt she deserved to make it to the final, particularly after her perfect score.

‘Sorry but lady leshurr literally had the most perfect score and has still gone? she’s been mugged off the whole competition tbh despite having the ability to win,’ one person tweeted.

‘Dancing on Ice continuing to be the most cursed show on television by kicking Lady Leshurr out before the final,’ another said.

This year’s series of Dancing On Ice has been cut short following a spate of drop-outs due to accidents, injuries and positive coronavirus diagnoses.

A spokesperson for ITV said: ‘ITV have taken the decision to move the final of Dancing on Ice forward by one week.’

But even though Dancing On Ice has struck by disasters and accidents galore, the show has managed to make it through to the final, which is sure to be a dazzling spectacle.

MORE : When is the Dancing On Ice final and why is the series shorter?

From staycations & cruises to vaccine passports — all your holiday questions answered