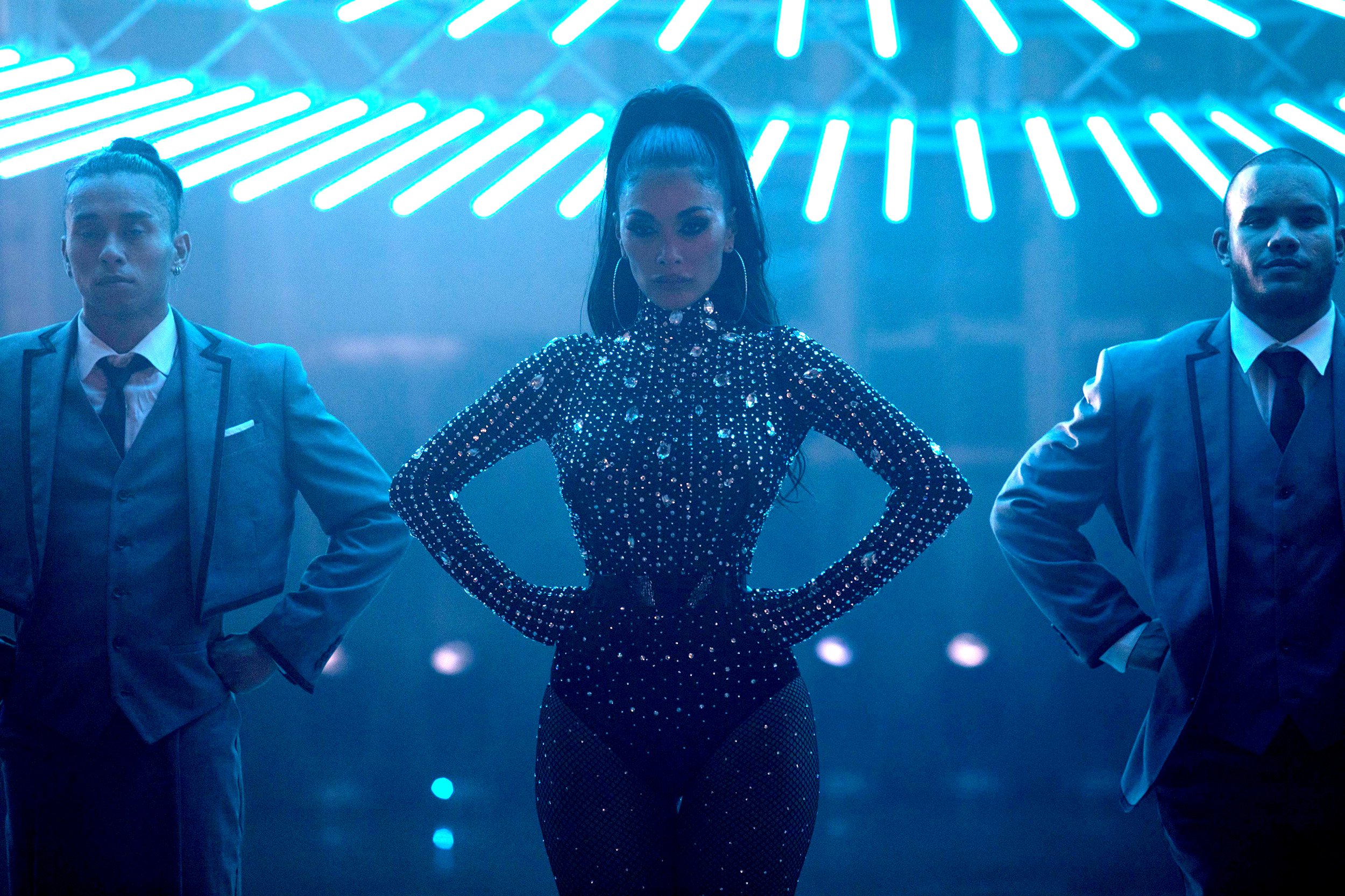 Nicole Scherzinger is making a sultry return to music this month alongside Latin superstar Luis Fonsi and, if the teaser is anything to go by, she means business.

The dynamic duo have teamed up on the new track, She’s BINGO, which promises to make those warm spring days even more sizzling.

In an exclusive photo from the music video shared with Metro.co.uk, Nicole is flanked by two dancers in grey suits but she commands all the attention, standing out in a stunning bodysuit adorned with jewels while striking a fierce pose.

Luis is also seen standing under neon strobe lights with a larger group of the suited and booted dancers.

She’s BINGO, set for release on Monday, is produced by MC Blitzy and was organised by the free-to-play mobile game Bingo Blitz.

The track may sound a little familiar as it’s a revamped version of the disco classic D.I.S.C.O. by Ottawan, which was originally released in 1979.

Fans can expect multicultural visuals with Nicole and Luis singing and dancing their way around different locations from around the world, including a Tokyo market to the New York subway – all shot in Miami.

Nicole’s return to music has been anticipated after The Pussycat Dolls’ brief reunion in 2019.

The Buttons hitmakers announced they were getting back together – minus Melody Thornton – and released their comeback party single React in February 2020. It was their first release in 11 years and reached number 29 on the UK charts.

The gals were due to embark on a reunion tour last year but were forced to scrap the dates due to the coronavirus pandemic.

Ashley Roberts said at the time: ‘Alright Doll lovers.. Following the latest government advice we are very sad to announce that we are postponing our upcoming UK and Ireland tour.

‘We’re gutted not to be able to perform next month, but the safety and health of our fans is of course our No.1 priority.’

She continued: ‘In the meantime please stay safe and look after yourselves. Love Pussycat Dolls #pcdreunion.’

‘Hearing Jamal’s murder would make it a shock horror – I didn’t want that’:...