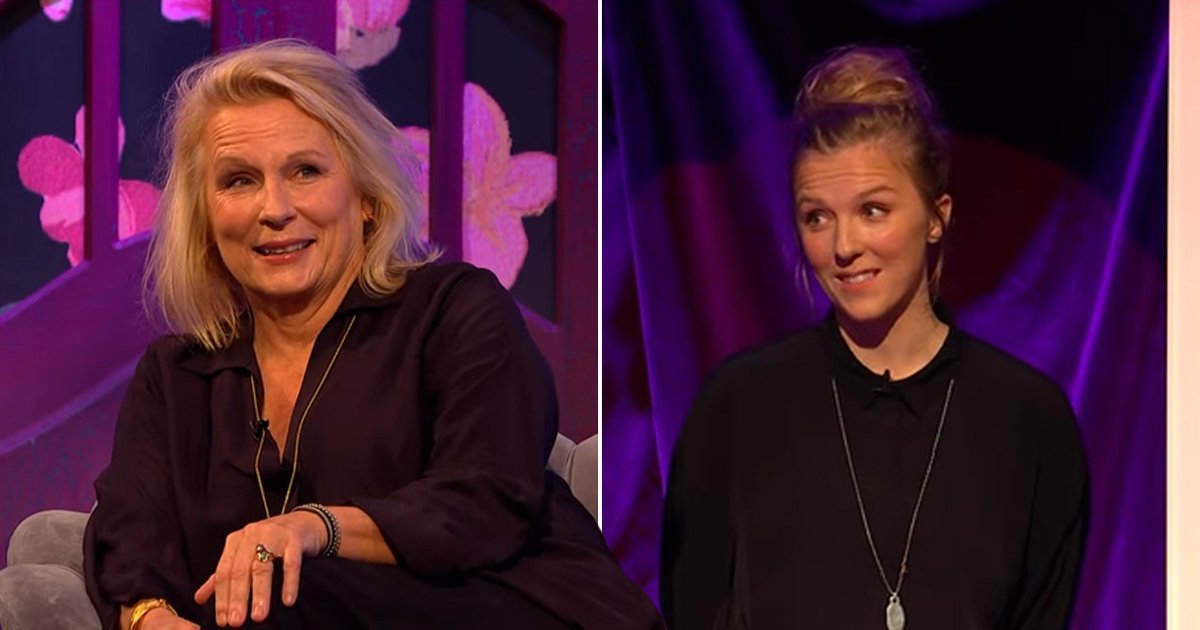 Jennifer Saunders’ daughter Beattie has revealed she wrote some of the scripts for Absolutely Fabulous on the way to school.

Beattie Edmondson, 33, who Jennifer shares with Ade Edmonson, made the confession as a surprise guest on Mel Giedroyc: Unforgivable.

In a preview clip for the show, the pane had to guess what the missing words were from a sentence which was then revealed to read: ‘I wrote my mum’s Ab Fab scripts in the back of the car.’

After the astounding confession, Beattie joked: ‘Yeah it was actually me. Can you believe it, not a single credit!’

Mel quizzed her on whether she had come up with the lines herself, asking: ‘Did you actually write dialogue and jokes and everything?’

Beattie clarified: ‘It was dictated to me and my sisters by my mum in the back of the car on the way to school.

‘On the way to school we would sort of write: “And then Patsy says: ‘Oh darling, get some more Bolly…’” or something, I don’t know.’

She also revealed why it was down to her and her sisters to get Joanna’s ideas on paper, adding: ‘Because my mum literally used to write scripts on the way to read-throughs!’

Jennifer held her head in her hands as she confessed: ‘Drop them at school, get on the train, go to read-through, hadn’t written it. “Write this down now!” It’s absolutely true.’

While car rides were spent writing scripts for the hit comedy series, which also featured Joanna Lumley, Beattie revealed that that wasn’t the worst thing her mother had subjected her to.

She joked: ‘It’s not the most unforgivable thing she has done as a mother… she made me watch Alien with her when I was eight because she was too scared to watch it on her own.’

How on Earth did Married At First Sight Australia turn out to be my...

Even Shonda Rhimes is obsessed with Bridgerton’s Regé-Jean Page