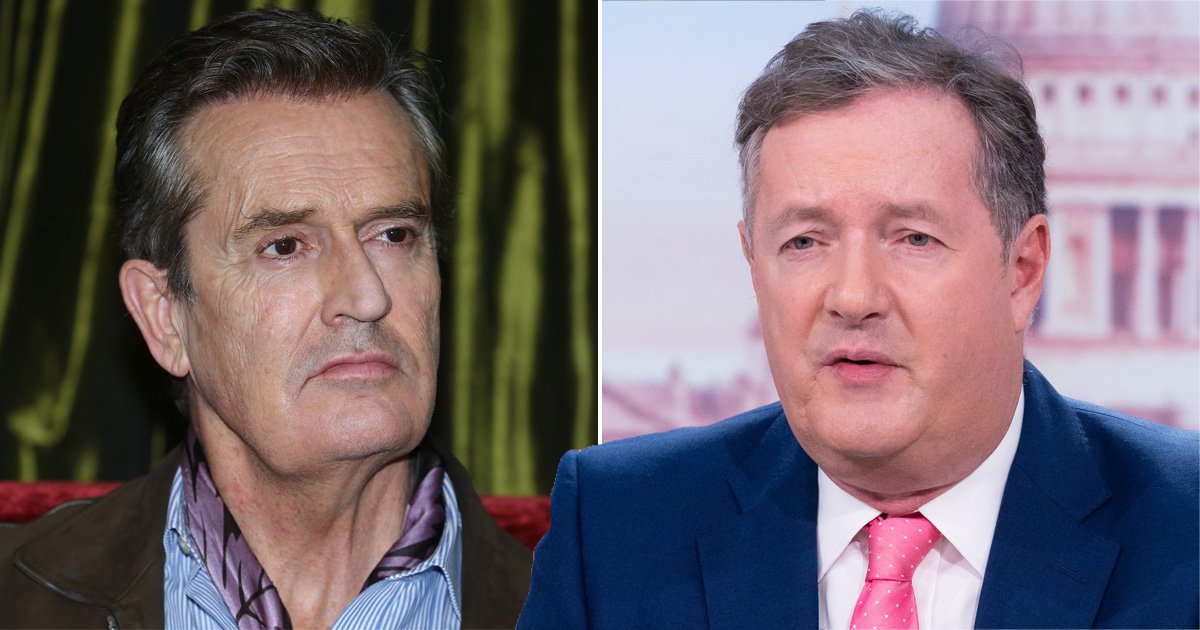 Over a decade ago, Rupert Everett and Piers Morgan had a falling-out after starring on the celebrity version of The Apprentice together… but what really happened?

Throughout the years, Piers, 55, has had his fair share of celebrity feuds, from his frequent bickering with Lord Alan Sugar to his fiery relationship with Jeremy Clarkson.

While some people would try to avoid any sort of altercation with one of the most outspoken people in Britain, Rupert, 61, welcomed it with open arms when he fired several cutting remarks in Piers’ direction after their joint TV appearance.

The pair have seemingly buried the hatchet since then, with Rupert becoming the latest star to sit in the hot seat on Piers Morgan’s Life Stories.

But why did they fall out in the first place and how did they end up making amends years later?

What happened between Rupert and Piers on The Apprentice?

In 2007, Rupert and Piers both appeared on the first series of Comic Relief Does The Apprentice, working on the men’s team alongside Danny Baker, Alastair Campbell and Ross Kemp.

Having been tasked by Lord Sugar with running a funfair, and advised to invite their A-list friends along to make as much money as possible, Piers suggested to Rupert that he could call up Julia Roberts on the phone as a way to raise funds.

Rupert appeared to quickly become overwhelmed, admitting that he felt ‘frozen in front of the camera’ and deciding in the end that he didn’t want to continue on in the process, with former Apprentice winner Tim Campbell taking his place.

Piers later remarked to one of the other celebrities that in his opinion, Rupert ‘choked’ on the task, adding that he found his decision to leave ‘ridiculous’.

It wasn’t until years later that Rupert and Piers were reunited, but not before Rupert had his own say on his personal feelings regarding Piers.

What did Rupert say about Piers in an interview years later?

In 2012, Rupert opened up about his experience on The Apprentice in an interview for The Guardian, recalling that being on the men’s team reminded him of feeling like an outsider at school.

‘To me, Piers Morgan was a person who just reminded me, exactly, of all the people I was terrified of at school. I don’t like how he is; I’ve seen him on a few other Apprentice-like things and he takes it too seriously. He’s a killer. He’s pathological,’ he said.

Describing Piers as ‘so kind of slobby and elephantine’, he added about Piers’ wife: ‘But I can’t imagine him with poor Celia Walden. She’s gorgeous and very funny. I mean, she deserves to be f****d by a god.’

He also added that when thinking of Piers, he ‘always imagined him to be hung like a budgie’.

How do you come back from that?

When did Rupert and Piers make up?

Six years after Rupert’s explosive interview, he appeared on Good Morning Britain to promote his directorial debut The Happy Prince, a biographical film about Oscar Wilde.

During his appearance, after Piers read out what he previously said in the article, Rupert said: ‘I really want to make up, so shall we shake on it?’

The pair then shook hands across Susanna Reid at the table, with Piers later jokingly calling Rupert his ‘new best friend’.

Following on from their reconciliation, on Thursday March 4, Rupert is appearing on Piers’ Life Stories to talk about his life, career and delve even deeper into their prior disagreements.

During their interview, Rupert spoke about one of the most infamous remarks he ever made when he called Madonna an ‘old whiny barmaid’, in addition to opening up about his affair with Paula Yates while she was married to Bob Geldof.