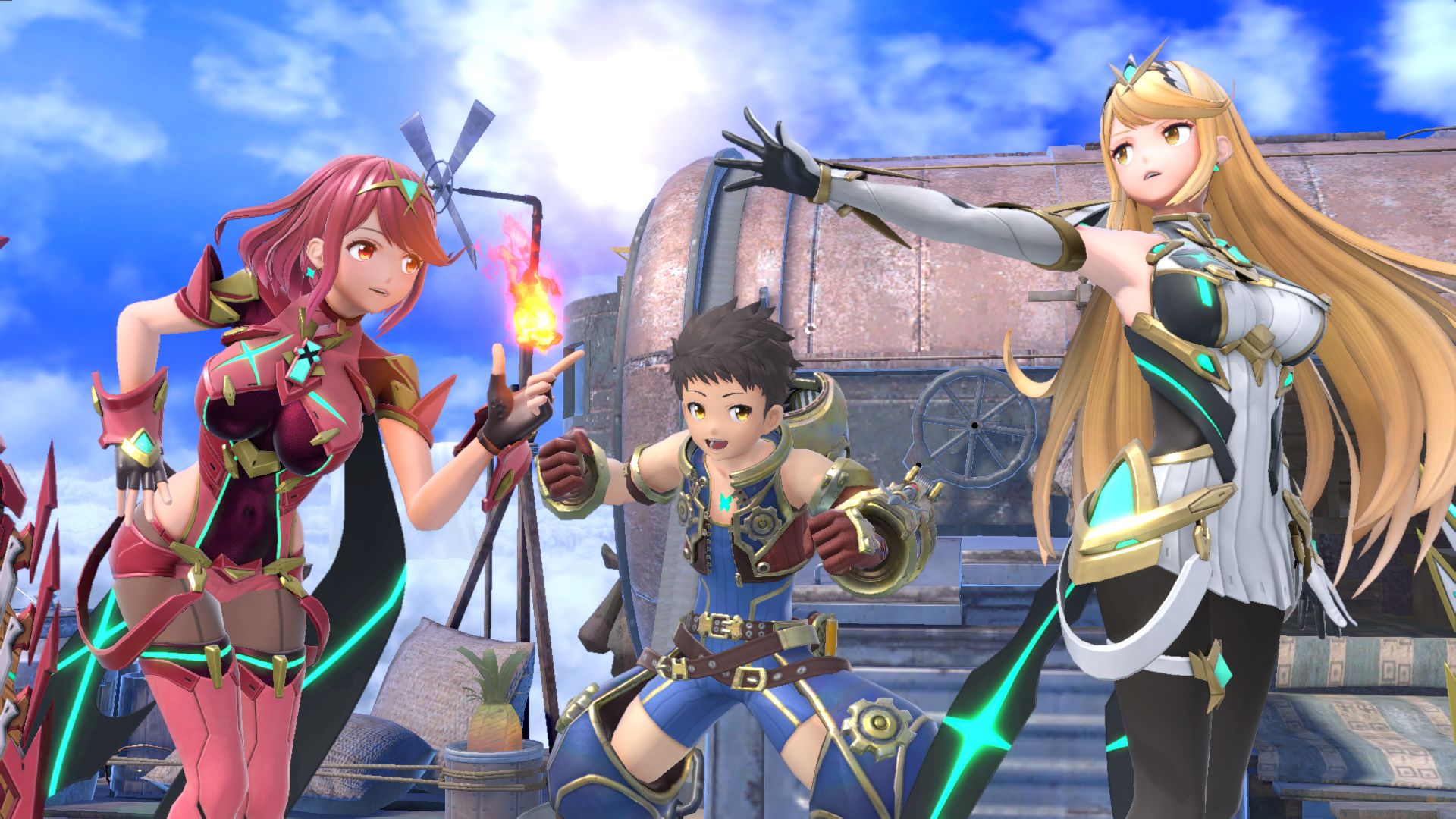 The biggest surprise from today’s Nintendo Direct for Smash Bros. is that the new fighter DLC for Pyra and Mythra is out straight away.

It seems fair to say that Pyra and Mythra from Xenoblade Chronicles 2 are not the most anticipated of DLC additions to Super Smash Bros. Ultimate but at least it won’t be a long wait for them to be released, as they’re out today.

The news was announced during a dedicated Nintendo Direct event for the characters, hosted by director Masahiro Sakurai. He always hosts a similar event for new fighters but normally it’s a much longer wait until they’re available.

Although there’s no guarantee, that may mean it’ll also be a shorter than expected wait until the next character(s) are announced, as there’s only two slots left in the Fighters Pass Vol. 2.

As usual, whether you’re interested in Xenoblade Chronicles 2 or not the amount of work that’s been put into the Smash Bros. stage is very impressive, with cameos from lots of other characters and giant titans appearing in the background.

You fight atop Azurda (aka Gramps, the home of main character Rex), who sometimes peers around to look at the background, suddenly shortening the length of the stage.

The main gimmick with Pyra and Mythra is that you can switch between the two whenever you want, similar to Zelda and Shiek, and Samus and Zero Suit Samus, from the earlier games.

The Fighters Pass Vol. 2, which includes six separate DLC fighters, is £26.99 or you can buy just Pyra and Mythra alone for £5.39.

The other four fighters released so far are Min Min from ARMS, Steve/Alex from Minecraft, and Sephiroth from Final Fantasy 7.

As usual there were also a bunch of new Mii Fighter costumes too, that have to be bought separately, with a number of new Monster Hunter outfits, including a Felyne hat.

You can also dress up your Mii as Arthur from Ghosts ‘N Goblins, with each costume available for 70p a pop.

The 43 best original films to watch on Netflix, ranked

Blue singer Lee Ryan over the moon as he confirms girlfriend Verity Paris is...