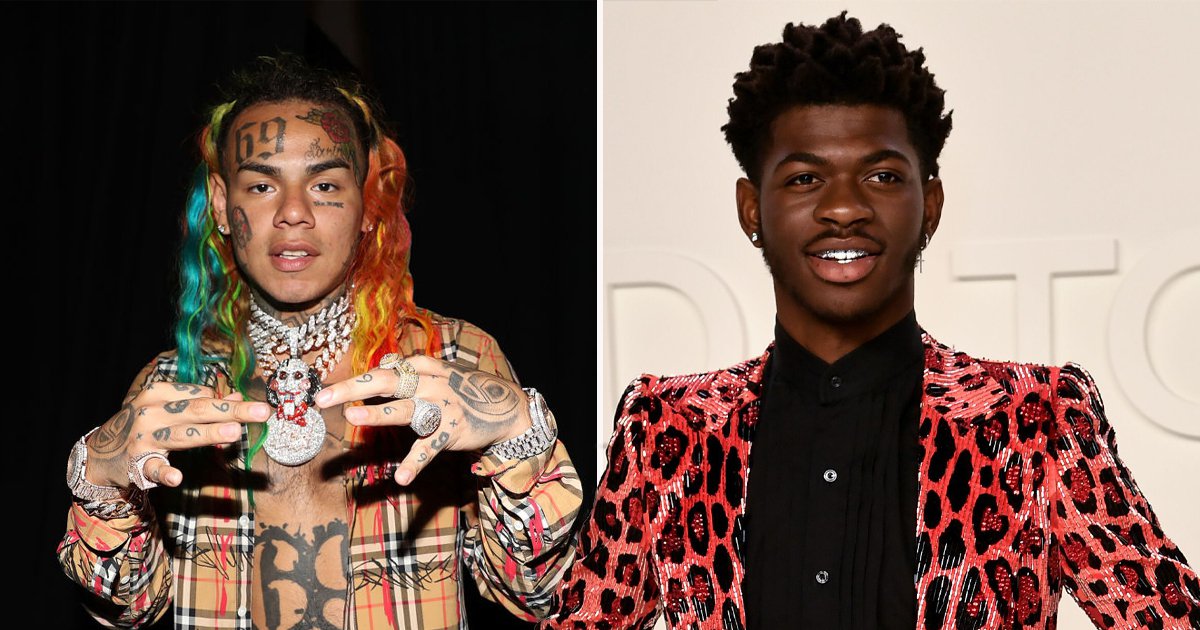 Tekashi 6ix9ine has managed to get on the bad side of yet another rapper after he decided to troll Lil Nas X on Instagram.

It all began when Tekashi – real name Daniel Hernandez – left a comment on a news story shared on DJ Akademiks’ Instagram page on Wednesday.

Tekashi, 24, decided to leave a typically trolling comment as he wrote: ‘Lil nas x has entered the chat [skull emoji]’.

The message read, ‘yo… Gonna be in yo city soon, what you doing?’, alongside an upside-down smiling face emoji and a red love heart.

Tekashi is yet to comment on the clap back but something tells us he will soon.

The US rappers clashed after partying at a nightclub in Atlanta and filmed each other in the club’s car park shouting insults at each other.

At several points, it looked as though the two were going to get physical but they were held back by their security teams.

After sharing footage of the incident on social media, Meek shared his version of events and tweeted: ‘The feds sent him to take me out wtf. [I] had to spit on him so he retreated lol he really waited outside the club for me. I thought I was dreaming wtf we almost smoked him lol he posed a lil threat popping up in the parking lot waiting for me.’

The All Eyes On You rapper added in a series of tweets: ‘69 waited out side the club for me they tryna get usssssss wtf.

‘We did not run into eachother I was getting in my car he just popped out ….we almost was smoking on that 69 pack for the love of a viral moment ….. he tryna get something locked up no cap lol.

‘Why did he pick meeeee wtf lol. Then he said a Pooh shiesty bar to me wtf.’

Tekashi also addressed the altercation and said in his own Instagram post: ‘Stop letting these rappers lie to you! They to [sic] tough for security @meekmill running around with police.’

Never a dull day when Tekashi 6ix9ine is around, eh?

MORE : Tekashi 6ix9ine reveals 60lb weight loss after leaving Instagram and music to ‘focus on himself’

Randy Jackson on Giving Advice to Simon Cowell After Undergoing His Own Spinal Surgery...

How to Watch Meghan Markle and Prince Harry’s Interview With Oprah Winfrey If You...

Ant Middleton will star in SAS: Who Dares Wins series 6 and Celebrity version...