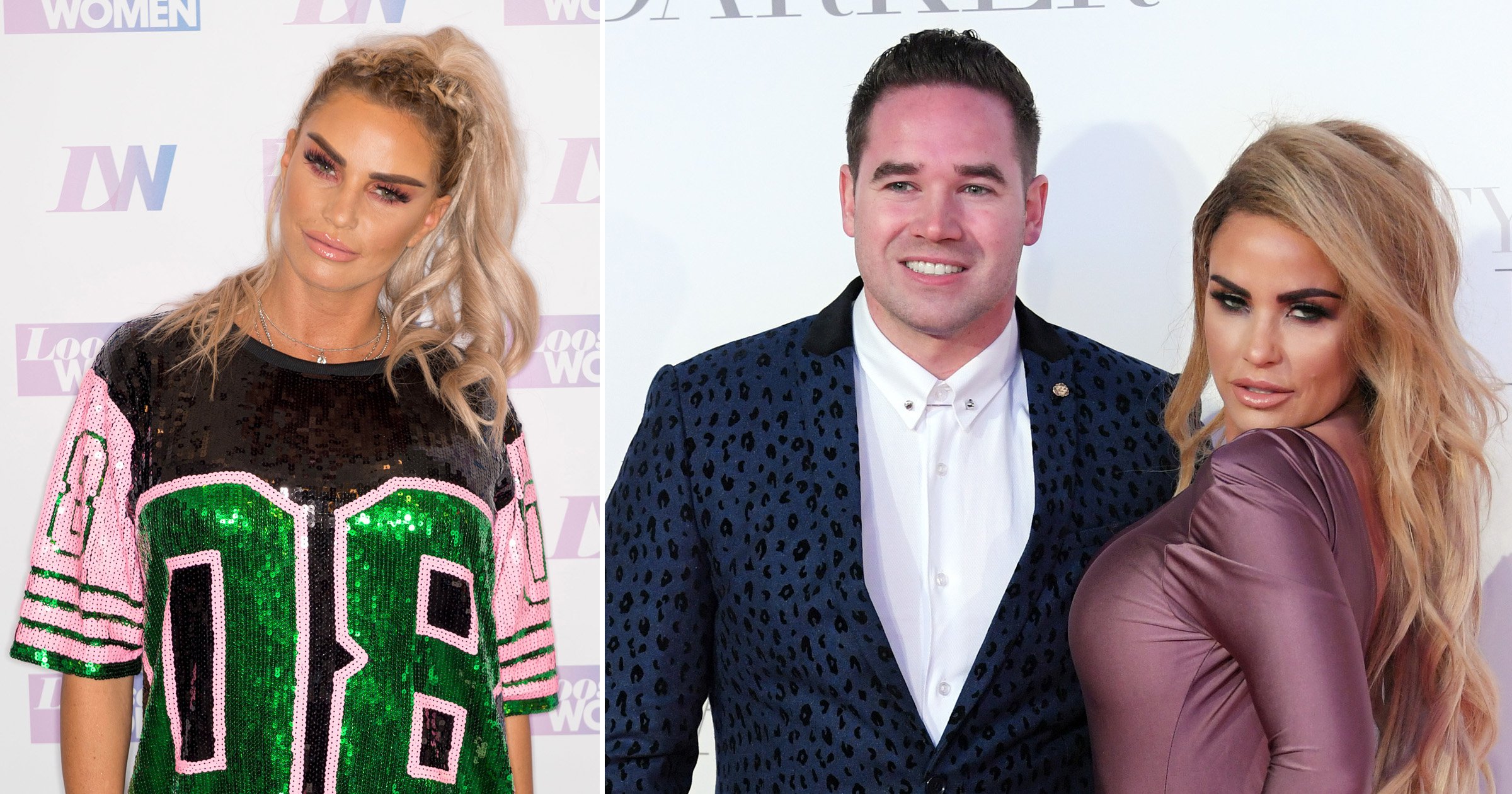 Katie Price has revealed that she is officially divorced from third husband Kieran Hayler, three years after they separated.

The former glamour model, 42, and Kieran, 33, separated in March 2018 and she is now free to marry her current boyfriend, Carl Woods, 32.

She told The Sun: ‘Finally, we’ve signed the divorce papers. I’m so happy that I’m free from that marriage. The only good thing that came out of it was my children.’

Katie shares her two youngest kids, Jett, seven, and Bunny, six, with Kieran and has three other children – Harvey, 18, from her relationship with Dwight Yorke, and Junior, 15, and Princess, 13, from her marriage to Peter Andre.

She is now planning to have a baby with Carl and the pair have even talked about tying the knot.

Kieran and Katie had been married for five years but their relationship broke down after she accused him of cheating with her best friend of 20 years, Jane Pountney, as well as another friend.

She also claimed that he had cheated on her with their children’s nanny, after which the pair split up.

While Katie is now happy with Carl, Kieran has also moved on and is engaged to fiancée Michelle Penticost.

Katie had told her followers last year that Kieran didn’t ask her for anything in their divorce, writing: ‘Finally me and Kieran will be divorced in next few days and how amicable it has been and respect he is the first man not wanting anything from our divorce and wish him a happy future with Michelle.

‘And now I’m free and will never give up that happy fairytale ending of one day getting married and having my family unit I desire.’

MORE : Carl Woods makes no attempt to hide pregnancy test as he and Katie Price try for baby together

It’s all about sleepwear: Shop 12 of the best pyjamas

‘I felt oddly at home in one of the strangest places I’ve ever been…’...