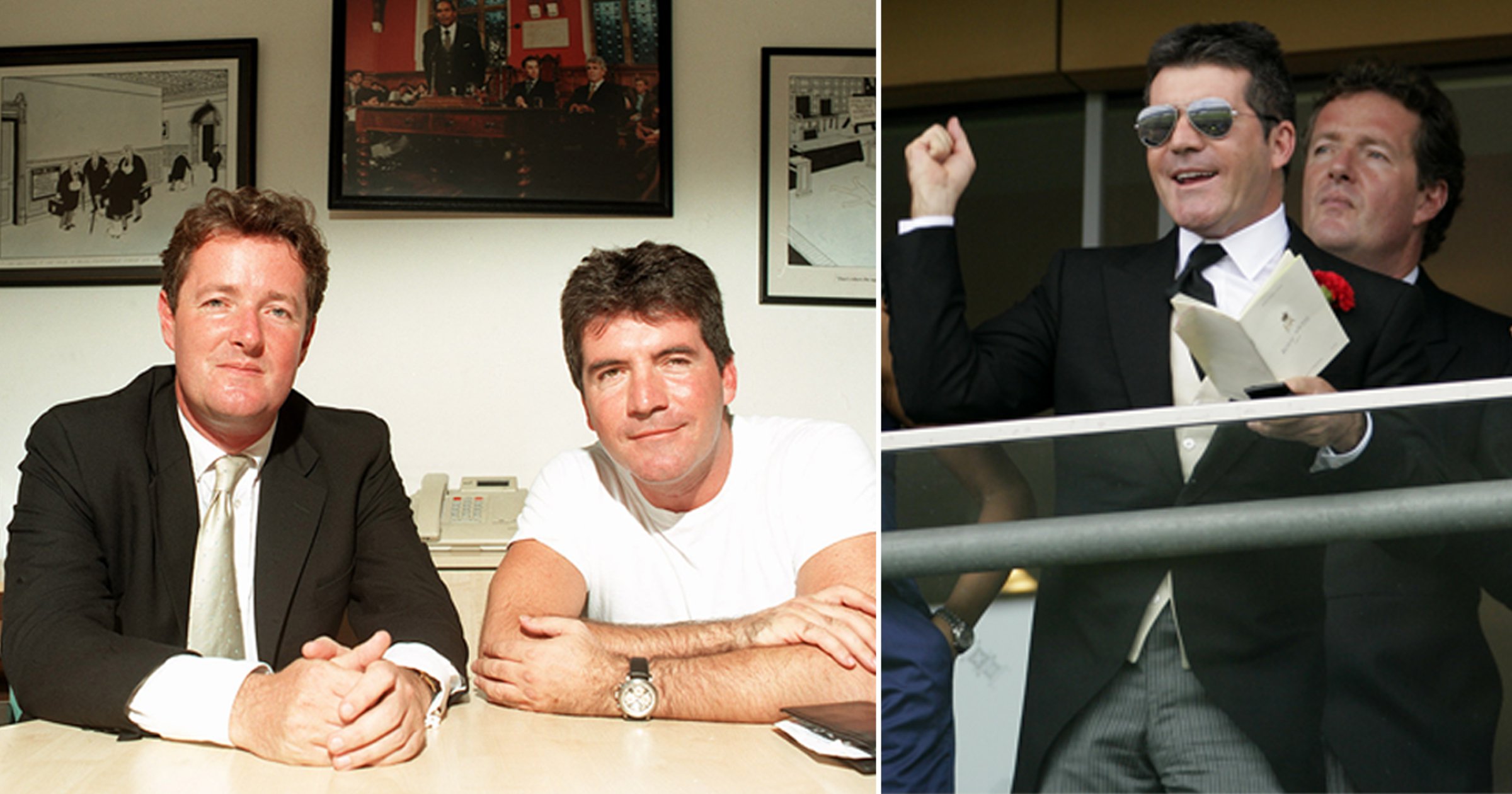 Piers Morgan and Simon Cowell have been spotted together for the first time in ages, with the Britain’s Got Talent pals catching up during a lockdown walk.

With the coronavirus pandemic still happening, Piers causing a stir on Good Morning Britain every morning, and Simon’s difficult few months after his horrific back injury, we’re sure they’re not short on topics to catch up on.

Although they’re definitely quick to tease each other at any given opportunity, the two have been friends for more than 30 years.

In fact, before he hosted Good Morning Britain, Piers was a staple of Simon’s America’s Got Talent and Britain’s Got Talent franchise in the early days.

Since, they’ve made sure to keep up with what each other is doing, with the pair looking deep in conversation as they wandered around during their stroll.

Piers first made his name in 2006, after being placed on the America’s Got Talent judging panel, alongside David Hasselhoff and Brandy Norwood, with Regis Philbin hosting.

The presenter later admitted he ‘owed’ the music mogul ‘hugely’ for casting him.

Piers also made up the first panel of judges on BGT, alongside Simon, and Amanda Holden.

During his four series, he saw winners Paul Potts, George Sampson, Diversity, and Spellbound take home the £100,000 prize and a chance to perform at the Royal Variety Show.

Last year, he described his time on the show as the ‘golden era’ and revealed he’s had conversations about returning – although he’s ruling out working with David Walliams.

Simon appeared on the third series of Piers Morgan’s Life Stories in 2010.

Viewers were surprised at the time to see the X Factor star speak so candidly and reveal his softer side, as he broke down in tears during the interview, when speaking about his father’s tragic death.

He said at the time: ‘It was a horrible, horrible, horrible time. You believe everyone is going to live forever and they don’t and all the stuff you think you care about, the hit records and stuff like that, it’s just meaningless.’

While the pair have talked through some incredibly serious topics in their time, they’ve also shown the jokey side of their relationship.

Presenting duo Ant and Dec got Simon on board for their show Saturday Night Takeaway, to trick Piers into thinking he’d ruined a ‘priceless’ painting.

The GMB star was left speechless for perhaps the only time in his career.

2014: Piers congratulates Simon on the birth of his son – in his own unique way

In 2014, Simon welcomed his son Eric with his girlfriend Lauren Silverman, with the star clearly being a doting dad over the years.

At the time, Piers congratulated him, but not before he completely ripped into him, as you would expect.

‘When I found out he was going to become a father I was gobsmacked,’ he told the Daily Mail. ‘I never thought there would be room in Simon’s life for anyone except the person he loves most in the world – himself.’

However, he added: ‘I’m sure he and Eric enjoy many cuddles and he’s a great dad. I’m very happy for him. I never expected to see him settled down with a baby though.’

Simon has never been reluctant to throw a little shade – in fact, he’s spent his whole career doing it.

So when Piers suggested that he’d be open to a BGT return if the money was right, Simon wasn’t having any of it, simply telling Best magazine: ‘Ha ha, no, that’s never going to happen!’

Well, that’s that then!

2016: Piers has high praise for Simon as he recalls America’s Got Talent beginnings

Despite all the shade, Piers has made no secret of the fact that he admires Simon and his achievements.

He told Sir Martin Sorrell at Cannes Lions Festival: ‘He took me out for lunch once and he told me that he’d had an idea for a talent show. He mapped out it out on a napkin.

Simon and Piers were seen reuniting with Amanda at the music mogul’s summer party.

The trio were photographed together, with Piers teasing: ‘Reunited! The first – and best, if you go by the ratings – @bgt judging team.

‘Be quite fun to work with these two again. We always have such a laugh. @noholdenback @SimonCowell.’

In 2020, Simon broke his back in a horrific accident, causing the star to have to temporarily step down from his BGT duties.

While he thankfully recovered, his fans and friends were a little concerned at the time.

‘He’s had a very serious back injury and he’s taking the time, quite rightly, to get himself right,’ Piers told OK!

‘I drop him notes from time to time and I’m encouraged he’s making good progress, but these things take a long time. He feels very lucky it’s not even worse.’

2021: Simon and Piers catch up during third England lockdown

As recent snaps showed, Simon and Piers took the time to catch up during a lockdown walk.

They looked deep in conversation, although Simon made sure to pause at one point to give the cameras a cheeky wink.

‘The Bold and the Beautiful’ Star Jacqueline MacInnes Wood Gives Birth to Baby No....