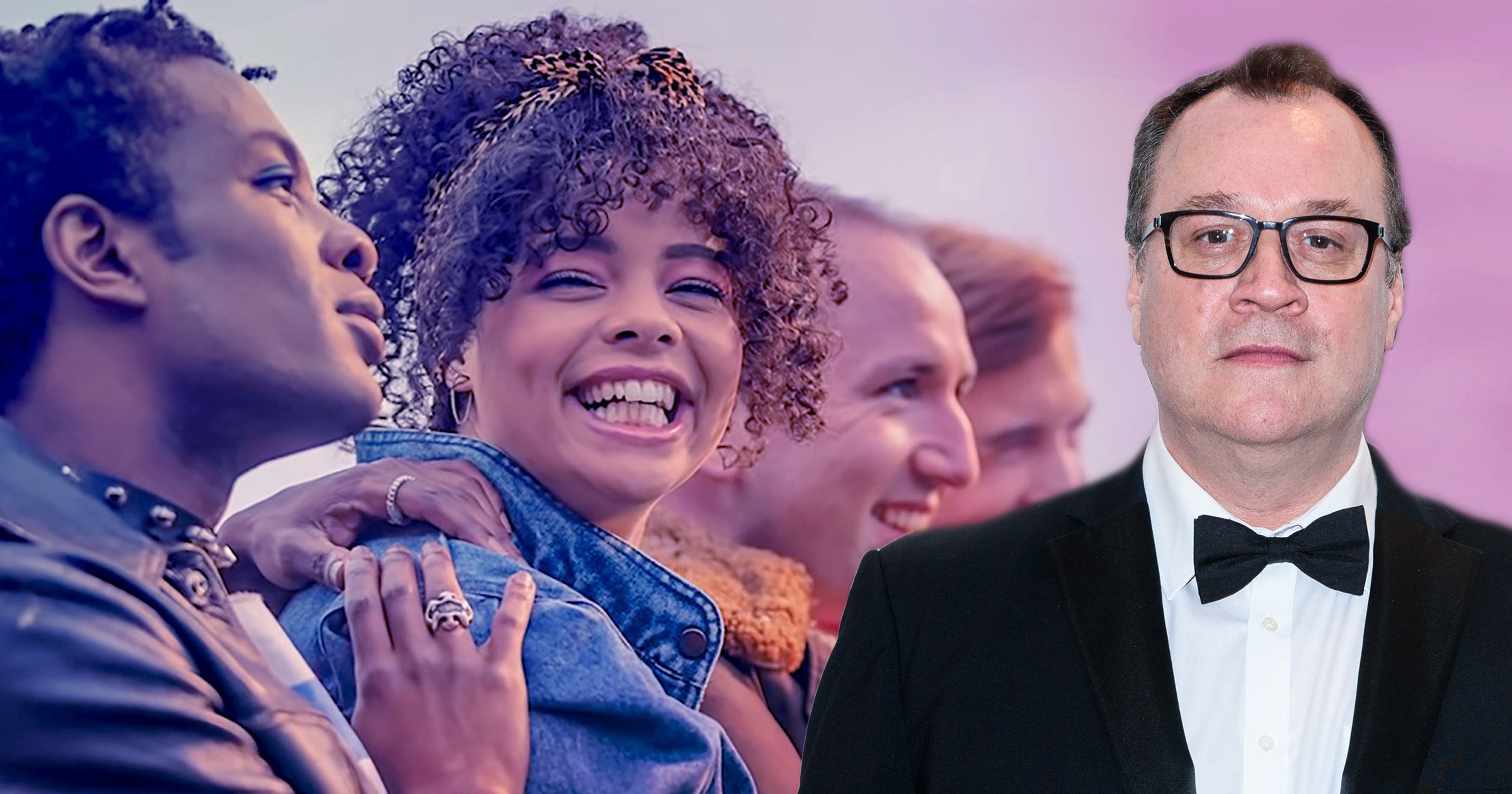 It’s A Sin’s Russell T Davies has revealed channel bosses tried to make him add a scene that he ‘would have rather died than write’.

The smash-hit series on the HIV crisis had more than its fair share of issues being given the go ahead, with Russell previously revealing it was shopped to multiple channels before Channel 4 finally snapped it up.

In one instance, a channel as interested in the script, then titled Boys, but wanted to make tweaks to the script – and Russell flat out refused to add one particular scene.

Speaking to The Hollywood Reporter’s TV’s Top 5 podcast, he explained: ‘I was told at one channel, “What if it starts on an AIDS ward in say, 1990 or 1992, with the machines and people dying, and then went, 10 years earlier…”

‘I thought that was unbelievably crass and literally refused to do it.’

‘My producer said, “I know you don’t like that scene. If you just type it out, if you just type one page of that, it might get made”. I’d rather die than type that page.

‘It’s the wrong way to tell it. There was a lot of nonsense like that.’

Thankfully, he knew the industry well enough to wait – and he joked he knew ‘all the bosses would have left their jobs in two or three years’.

‘All the bosses will leave their jobs every two or three years. So just sit still and the right person will enter the seat again,’ he said.

‘Heads of department changed and I got [It’s A Sin] commissioned five years later.’

Good job he did too – as It’s A Sin is now Channel 4 On Demand’s biggest success story, with 18.2million tuning in to the story of Ritchie (Olly Alexander), Jill (Lydia West) and the friendship circle of the Pink Palace.

Unfortunately, Russell has ruled out a return to the show for a second season, arguing the show ‘said all he wanted to say’.

It’s A Sin is available now on Channel 4OD in the UK, and HBO Max in the US.

‘She really did find heartbreak impossible’: Documentary explores the life of Caroline Flack

Meet The Women Challenging The Status Quo In Male-Dominated Fields