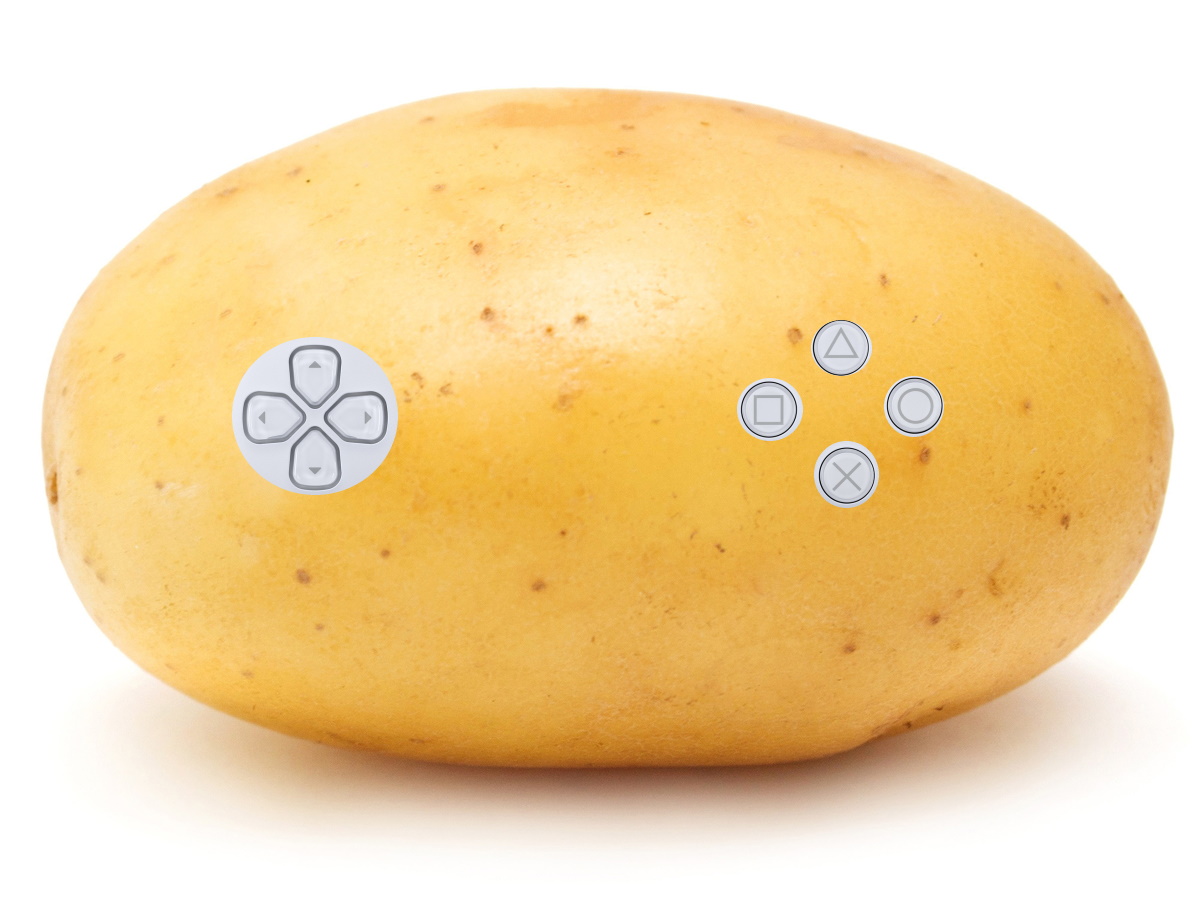 A new patent has been discovered which allows you to map buttons onto any inanimate object and turn it into PS5 controller.

The example used by the patent is of a banana, but we hate bananas so we’re going to imagine ours in the form of a particularly ergonomic spud.

The patent was discovered by GamesIndustry.biz and shows how any non-electronic item can be turned into a game controller by projecting AR buttons onto it.

The tech works by using a camera to get an image of whatever you want to use and then showing you where the virtual buttons are so you can use them.

As long as it’s not luminous there doesn’t seem to be any major limitations on what kind of object you use, and since it’s basically anything organic you can only imagine the sort of things some people would try to use.

You might be asking why you’d want to do any of this, but for couch co-op games it’d actually be super useful, especially as the more party game style ones tend to have very simple controls.

As the patent itself says, ‘it would be desirable if a user could use an inexpensive, simple and non-electronic device as a video game peripheral’.

Having instant access to two fully-featured controllers has been a great boon to the Switch, so it’d be handy if Sony were able to have something similar.

But you could also imagine developers creating highly specialised button configurations for specific games, without having to charge hundreds to buy a new controller.

If all this leads to a new 10-player Bomberman being released we’ll be well pleased, plus you could get a more arcade accurate version of Monkey Ball, which originally had a plastic banana as a controller.

The only problem is that, like any patent, there’s no guarantee that Sony will turn this into an actual product, but since it doesn’t involve any extra hardware it seems likely that some game will try to use it at some point – assuming the technology is reliable.

On a more straightforward note, the same article also highlights a different Sony patent that seems to be for a new VR controller.

Since it features haptic feedback and resistive triggers it’s tempting to assume this is the controller Sony themselves mentioned when they announced the PlayStation VR 2.

However, Sony has registered multiple patents for VR controllers over the years and there’s no particular reason to assume this will be the one that makes it to market over any of the others.

MORE : PS5 to allow external hard drives from this summer

The United States vs Billie Holiday review: A sloppy, reductive take on the singer’s...