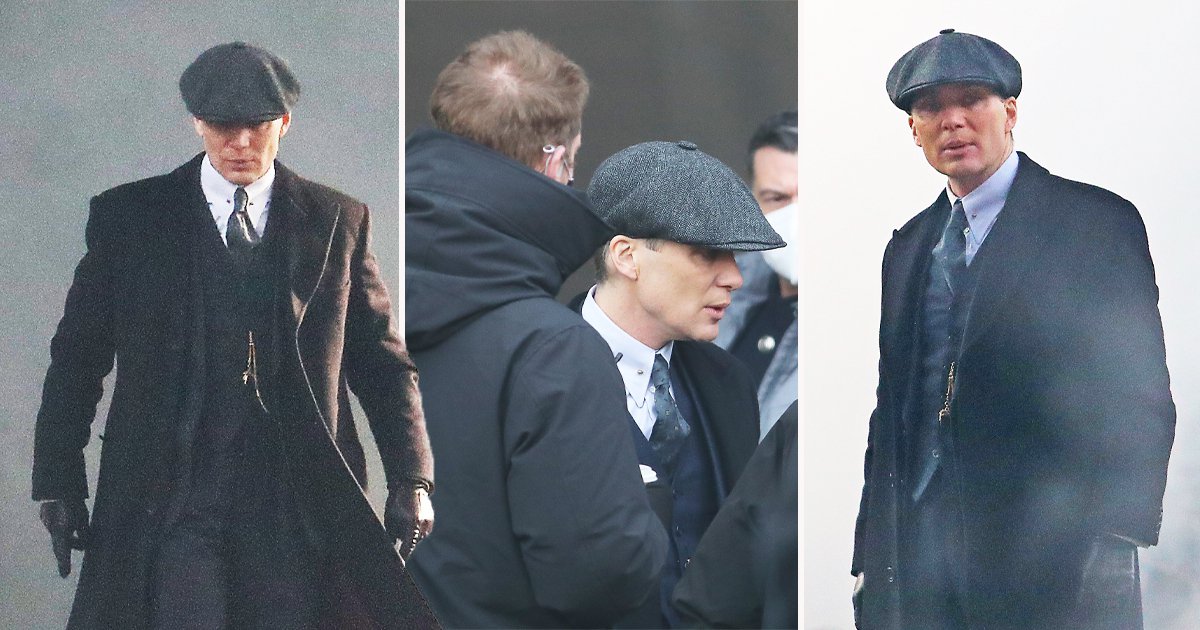 Production is stepping up on Peaky Blinders season six, and now the main man Cillian Murphy has been spotted filming new scenes.

The actor was back in character as Tommy Shelby in Manchester to film new scenes on Wednesday.

The new images show him emerging from the smoke in his instantly recognisable suit, overcoat and flat cap, surrounded by extras and crew members on the set.

Cillian is back to lead the cast as the head of the Peaky Blinders gang, with production on new episodes getting underway over recent weeks.

It comes after Paul Anderson and Natasha O’Keeffe were seen filming new episodes of the hit drama earlier this week, back in costume to play their characters Arthur Shelby and Lizzie Stark.

Harry Kirton, who plays Finn Shelby, was also spotted, with the cast and crew returning to the unmistakable streets of post-war Birmingham on set.

As well as the new pictures from the set of the drama, a recent image released from the sixth season showed Sam Claflin’s highly-anticipated return as the fascist leader Oswald Mosley.

The sixth installment of Peaky Blinders will be its last, with the show coming to a close after first launching in 2013.

Creator Steven Knight recently confirmed that Peaky Blinders will come to a close with a movie after the final season airs.

A release date for season six is yet to be confirmed, but Finn Cole, who stars as Michael Gray on the series, recently suggested that Peaky Blinders could be back on our screens by the end of 2021.

Peaky Blinders seasons one to five are available to watch via catch up on Netflix and BBC iPlayer.

Everything we know about Meghan and Harry’s Netflix deal

Royal baby: The most popular names in the House of Windsor