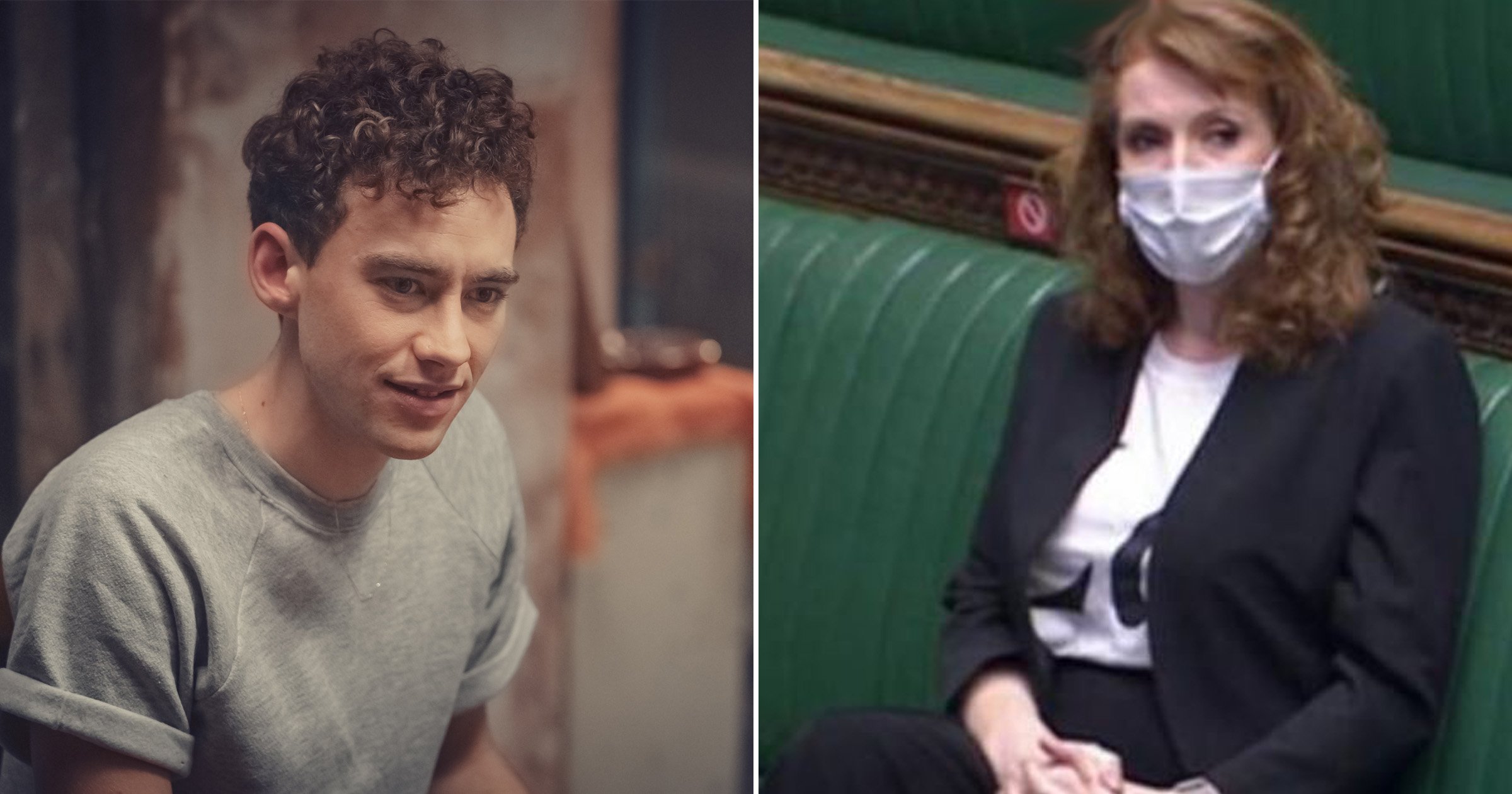 Angela Rayner MP has been praised by It’s A Sin fans after wearing a charity T-shirt inspired by the show in parliament.

The Labour deputy leader wore a T-shirt with the word ‘La’ written on it, referencing the greeting popularised by characters in the acclaimed drama.

Ms Rayner was spotted wearing the garment under her blazer while seated behind Labour leader Keir Starmer in the House of Commons on Wednesday.

The T-shirts have so far raised £250,000 for The Terrance Higgins Trust, which supports people affected by HIV.

It’s A Sin followed a group of friends living in London during the HIV crisis from 1980 to 1990.

The Russel T Davies drama left fans absolutely heartbroken, showing in devastating scenes how quickly the disease spread among a group of gay men enjoying life to the fullest.

The show has had a huge impact since arriving earlier this year, and the Terrence Higgins Trust previously confirmed more people than ever before had been tested for HIV during HIV Test Week.

Ms Rayner was praised by fans for wearing the T-shirt and supporting the charity, with the Terrence Higgins Trust thanking her for her support over Twitter.

‘Is @AngelaRayner bossing the opposition front bench in a La T-shirt?’ one social media user said.

It comes just a day after reports revealed MPs splashed out nearly £40,000 of taxpayers’ money using an allowance for working from home during the pandemic.

As The Telegraph reports, Ms Rayner spent £249 on AirPods, and £2,000 on additional equipment.

Meanwhile, It’s A Sin creator Russell has revealed channel bosses tried to make him add a scene that he ‘would have rather died than write’.

It’s A Sin is available to stream on All4.

Travellers nervous about summer holidays before they’ve been vaccinated

Pro League Of Legends players to return to the LEC studio for the first...