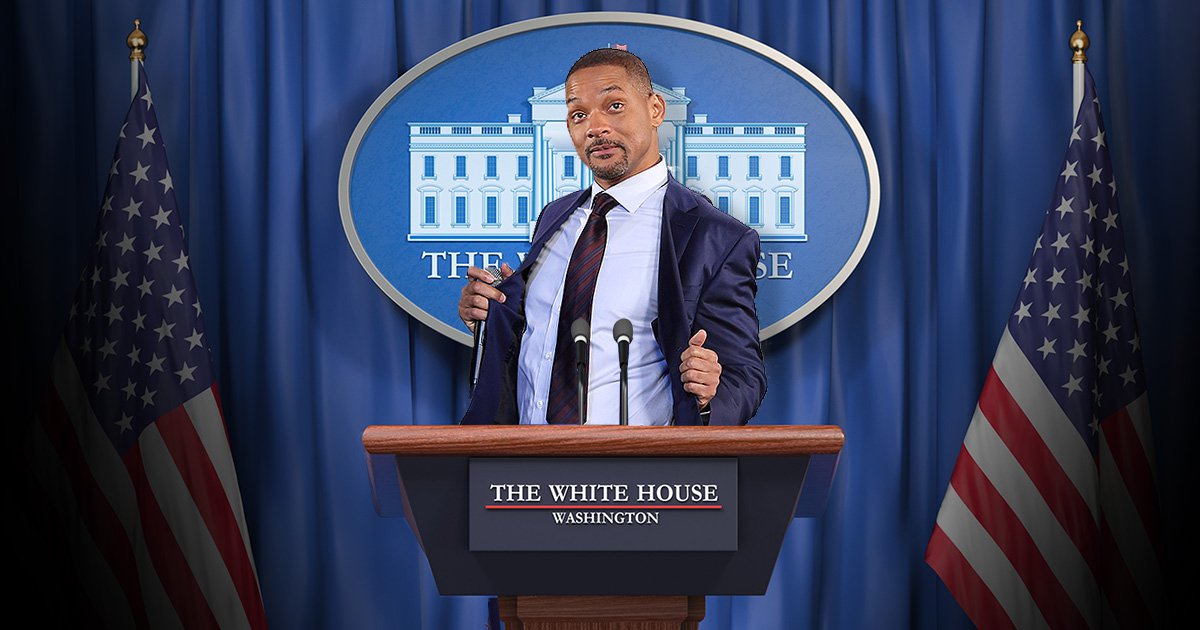 Will Smith has opened up about possibly running for president at some point in his career, and we wouldn’t put it past him.

The 52-year-old has taken on some of the biggest roles in Hollywood, but he may be turning his attention to politics next.

Appearing on the Pod Save America podcast, hosted by Jon Favreau, Jon Lovett, Dan Pfeiffer and Tommy Vietor, the Bad Boys actor teased that the Smith family could be headed for the White House.

When asked what he thinks about entering politics and running for office himself, he laughed: ‘I think for now, I’ll let that office get cleaned up a little bit and then I’ll consider that at some point down the line.

‘I don’t know, it’s like, I absolutely have an opinion, I’m optimistic, I’m hopeful, I believe in understanding between people. I believe in the possibility of harmony.

‘I will certainly do my part, whether it remains artistic or at some point ventures into the political arena.’

Well, that’s definitely not a no.

Will isn’t the only famous face who has suggested he would run for office, following Donald Trump’s leap from The Apprentice to the White House.

Just last year, Kanye West notched up around 60,000 votes in the US election after a bizarre campaign.

Dwayne Johnson recently explained that he would be keen for a political career – if that was something that fans wanted.

Appearing on USA Today this week, The Rock was questioned on his political aspirations, to which he replied: ‘I would consider a presidential run in the future if that’s what the people wanted.

‘Truly I mean that, and I’m not flippant in any way with my answer…

‘So I would wait, and I would listen. I would have my finger on the pulse, my ear to the ground.’

MORE : Britney Spears shares rare picture of her teenage sons Sean and Jayden and they’re taller than her now

Music themed party breaks in the UK from £199pp, including hotel stays & live...

Nicola Coughlan claps back at podcast host who called her “the fat girl from...