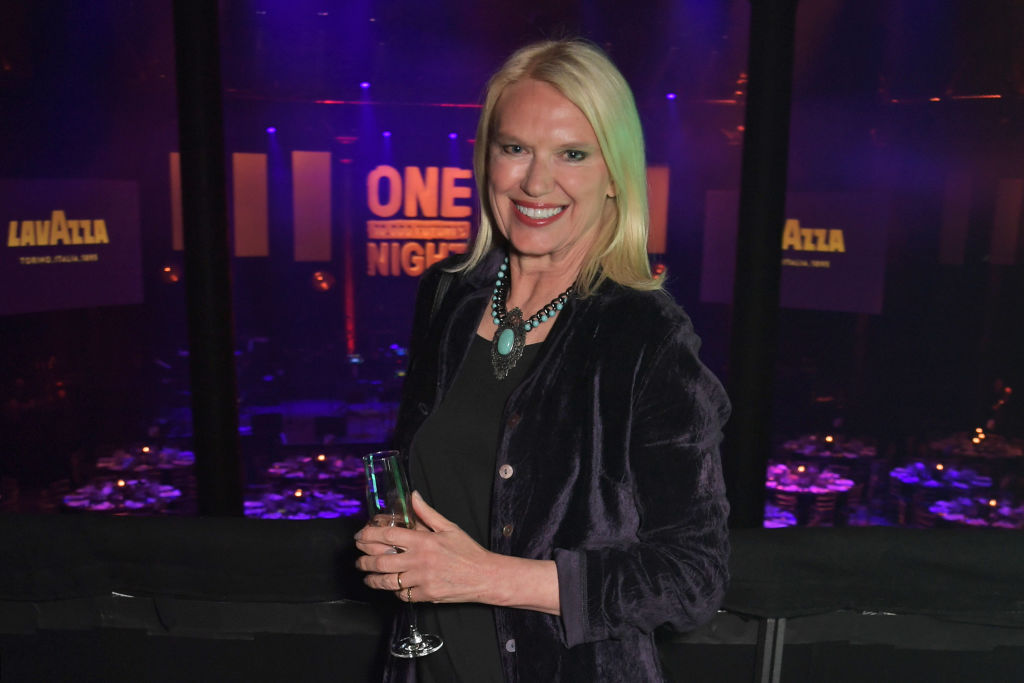 The 62-year-old is no stranger to reality TV, having competed on Come Dine With Me, Celebrity Hunted and Strictly Come Dancing.

However, she has revealed her least favourite reality experience was appearing on the cookery competition Hell’s Kitchen.

Anneka was among the celebs to sign up for series three of the show in 2007, when Marco Pierre White took over as head chef, with him and his two sous chefs Matthew and Timothy running a kitchen staffed by celebrities.

Speaking to the Press Association, the Challenge Anneka star said: ‘That was just brutal and revolting.

‘There, the chefs just call everyone the C-word, honestly it’s horrible. That was very much the uglier side of kitchen life.

‘Marco Pierre White was just there to shovel out abuse. Not so much him, the sous-chefs. It’s just horrible, it’s brutal.

’It was very manipulated. They wanted you to feel brutalised, I think, so that you broke. But it was horrible. A really unpleasant experience, which was a shame, because frankly television shouldn’t really be unpleasant.’

Anneka came fifth on the series, as she competed against celebs including Abbey Clancy, Paul Young and Jim Davidson.

Now, though, Anneka is heading back into the kitchen for a gentler experience.

The TV presenter is taking part in the Great Celebrity Bake Off for Stand Up To Cancer, and called her time in the tent ‘heaven’.

She said: ‘It’s a complete 360-degree turnaround to go into the Bake Off tent, which is just full of people wanting you to enjoy yourself and create something gorgeous.’

Like many of us, Anneka spent a lot of time in the kitchen during lockdown, but stressed that she wasn’t perfecting cakes and pastry.

She said: ‘I absolutely adore cooking. It’s very much more instinctive, and all about trying out flavours, a bit of this, a bit more of that, whereas baking is so exact, it’s a science.

More: The Great British Bake Off

‘Honestly, it’s like being in double chemistry at school. But it was a revelation on Bake Off having an oven that worked – and seeing the alchemy of how the dough mixture transformed into something else through the oven door.

‘I found it absolutely transfixing. I was down at the oven door level the whole time, looking.

Anneka joins an all-star line-up for the charity specials, with famous bakers including Daisy Ridley, James McAvoy, Jade Thirlwall and Dizzee Rascal hoping to impress Paul Hollywood and Prue Leith with their confections.

The Great Celebrity Bake Off for Stand Up To Cancer airs on March 9, at 8pm on Channel 4.

MORE : Alex Reid says being diagnosed as ‘significantly autistic’ in his 40s ‘explains so much’

MORE : Eurovision will go ahead with all 41 acts performing live in Rotterdam

Tom Grennan says new album was ‘therapy’ after treating his ex badly: ‘I was...

Where The Independent’s travel desk wants to go this summer