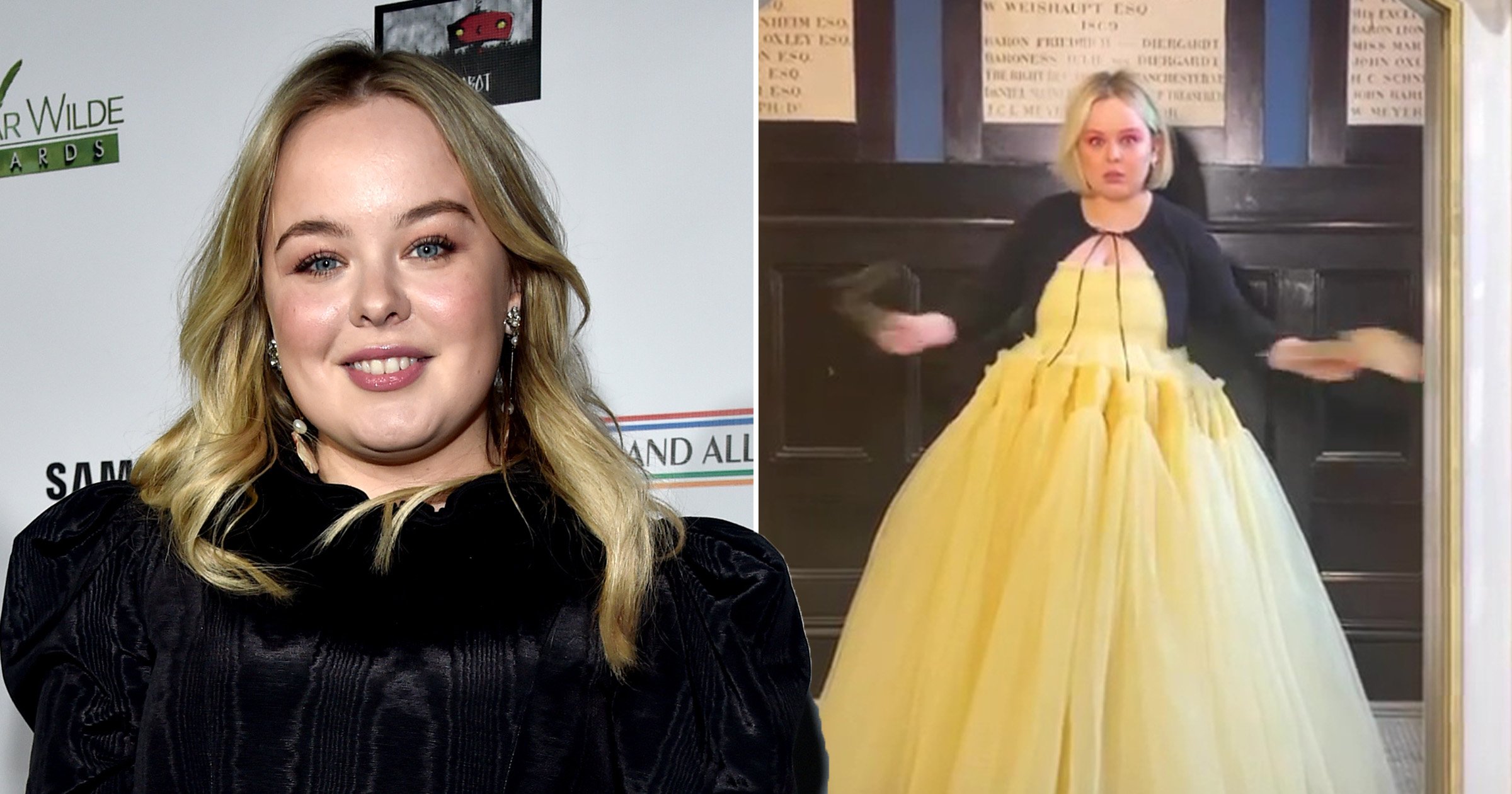 Bridgerton star Nicola Coughlan expertly shut down an online troll who took it upon themselves to criticise her weight, following her appearance at this year’s Golden Globes.

Despite the annual awards ceremony going virtual this year, its celebrity guests still made sure to get all dressed up for the occasion, with Nicola, 34, stunning in a very Bridgerton-esque Molly Goddard tulle dress.

She looked beautiful in her designer gown and told fans on Twitter that wearing the dress made her feel the ‘most like herself’, but sadly that didn’t stop Nicola being targeted by hateful comments on social media.

One troll was particularly nasty as they took aim at Nicola’s weight and wrote: ‘The fat girl from Bridgerton is wearing a black cardigan at the Golden Globes, bc no matter how hot and stylish you are, if you’re a fat girl there will always be a black cardigan you think about wearing, then decide against, but ultimately wear bc you feel like you have to (sic).’

Nicola, however, had the best response and fiercely clapped back, schooling the troll on high-end fashion and, quite frankly, manners.

‘I thought the cardigan looked ace, Molly Goddard used them on her runway with the dresses that’s where the idea came from,’ Nicola responded.

Nicola then pointed out that her outfit – including said black cardigan – actually landed her on Vogue’s best dressed list.

She re-tweeted a post from the fashion bible and credited her stylist, as she wrote: ‘Best dressed in @BritishVogue for the Golden Globes, so mad and such an honour, I’m so grateful to @AimeeCroysdill for making me feel the most like myself I’ve ever felt, but better.’

Nicola added: ‘Red Carpets and shoots are SO intimidating and when I first started to do them I was terrified and didn’t feel fully myself , but having a brilliant stylist like Aimee has just allowed me to have so much fun with fashion and it’s just been a total joy.’

The exchange online led to Nicola re-sharing a piece she penned for The Guardian in 2018 where she urged others to judge her by her talent onscreen and not her appearance.

Of the different characters she played on TV and on stage, Derry Girls star Nicola wrote: ‘I’m very lucky to get to use my body to become all these fascinating women. But the prism through which my body is viewed is inescapable.’

She recalled starring in The Prime of Miss Jean Brodie, where she played the role of Joyce Emily and said she spent seven weeks and hours in each day perfecting the character before the curtains went up for the very first time.

Following her debut performance, a reviewer referred to her as an ‘overweight little girl’, with Nicola revealing how much the comment had hurt and undermined the effort she had put into her role.

‘Everything I’d done to create my character had been reduced to a hurtful word and casual comment on my appearance. It’s worth noting that at no point in Spark’s novel, or David Harrower’s adaptation is Joyce Emily’s weight referenced, not one place.’

Nicola continued: ‘I know I’m not alone; women in my industry are put under constant scrutiny for their looks… something in our society tells us that women’s bodies are fair game for scrutiny in a way that men’s simply are not.’

Sharing her piece once more, Nicola tweeted: ‘It’s so reductive to women when we’re making great strides for diversity in the arts…

‘Also, and I mean this in the nicest way ah possible, I’m not a body positivity activist, I’m an actor I would lose or gain weight if an important role requirement. My body is the tool I use to tell stories, not what I define myself by.

‘So yeah, it’s 2021 it would be nice if we didn’t have to keep having this conversation.’

The series dropped on Christmas Day and instantly became a success, with over 82million households tuning in to watch within just 28 days of Bridgerton being released.

It’s been a real binge-watch favourite for us all in lockdown and season two has already been confirmed by bosses, with Jonathan Bailey’s character Viscount Lord Anthony Bridgerton set to take centre stage.

Bridgerton is available to stream on Netflix.

MORE : The Last Of Us Part 2 gets 13 BAFTA nominations as Sony dominates awards

Buffy star Nicholas Brendon out of emergency surgery as he promises to address fans...

‘The Real World: New York’ Original Cast Is Moving Back In! Check Out the...