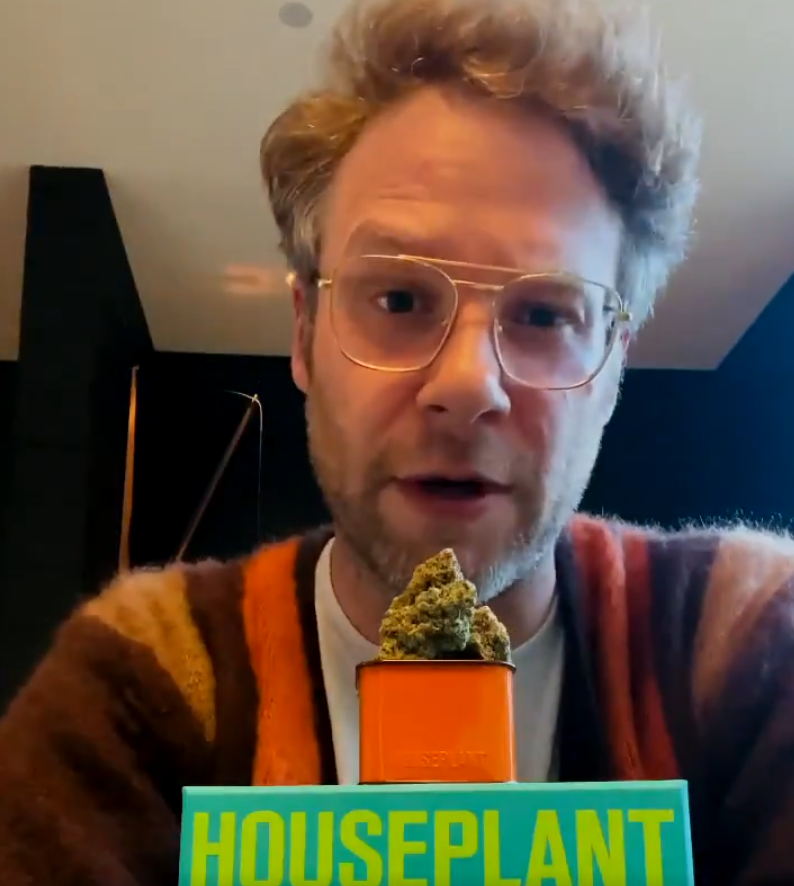 Seth Rogen is becoming a ganjapreneur.

The actor-writer-producer and proud weed proponent announced Monday the launch of his own marijuana company, Houseplant.

“Almost 10 years I go, I envisioned having my own weed company,” the Pineapple Express and Sausage Party star wrote on Twitter. “And today I can say that my company Houseplant’s weed will be available in California next week!” Rogen says that his business will also offer accessories like ashtrays, lighters… “and YES, even ceramics.” (Anyone who follows Rogen on Twitter knows that his second favorite hobby during quarantine has become making ceramics.)

Almost ten years I go, I envisioned having my own weed company. And today I can say that my company Houseplant’s weed will be available in California next week! Also, Houseplant is making lovely Housegoods like ashtrays, lighters, and YES, even ceramics. https://t.co/TNjpWFhbWB pic.twitter.com/00xR8QKNH3

With Saturday’s news that Virginia has approved adult-use marijuana starting in 2024, there are now 16 states that have legalized or are scheduled to legalize weed in the U.S.

Like Michael Jordan having a sneaker line or Jay-Z investing in bubbly, Rogen becoming a THC CEO is one of the most inevitable celebrity brands. The only thing surprising is it took Rogen, who has also produced television shows like Future Man, Preacher and The Boys, a full decade to make his dispensary dreams come true.

“If you know anything about me at all, I’m going to assume that it’s: I really love weed,” Rogen said in a video accompanying his announcement. “What we’re doing is bringing you the best strains of weed that have been hand-picked, and by that I mean hand-smoked by me. It’s just the weed that I love that I want to be smoking.”

This is our Pancake Ice sativa. (All our strains are named after weather systems like we did with Pineapple Express). Our Pancake Ice is what I smoke all day. It’s over 33% THC. pic.twitter.com/buLcuLwZgg

The actor also shared looks at vinyl compilations his company has created for each strain, and a close-up on his “Pancake Ice sativa,” which Rogen says he smokes every day. (Like in 2008’s stoner thriller Pineapple Express, all of Houseplant’s strains will be named after weather patterns.)

The launch has thus far been successful — maybe too successful. As several commenters pointed out to Rogen, his website for Houseplant.com has already crashed from heavy traffic.

To say Rogen is a highly functioning stoner would be an understatement.

In an interview with Yahoo Entertainment last year for his dramatic comedy An American Pickle, Rogen talked about just how prevalent pot is in his life and career.

“I smoke weed all day every day and have for the past 20 years,” Rogen said, laughing. “So I’d say by nature I’m always post-smoke. So every creative decision you’ve ever seen me make throughout my entire life has been made after smoking weed.”

Watch Seth Rogen talk about creative decisions made on weed:

Black Children Aren’t Seeing Themselves in the Books They Read. This Mom Is Working...