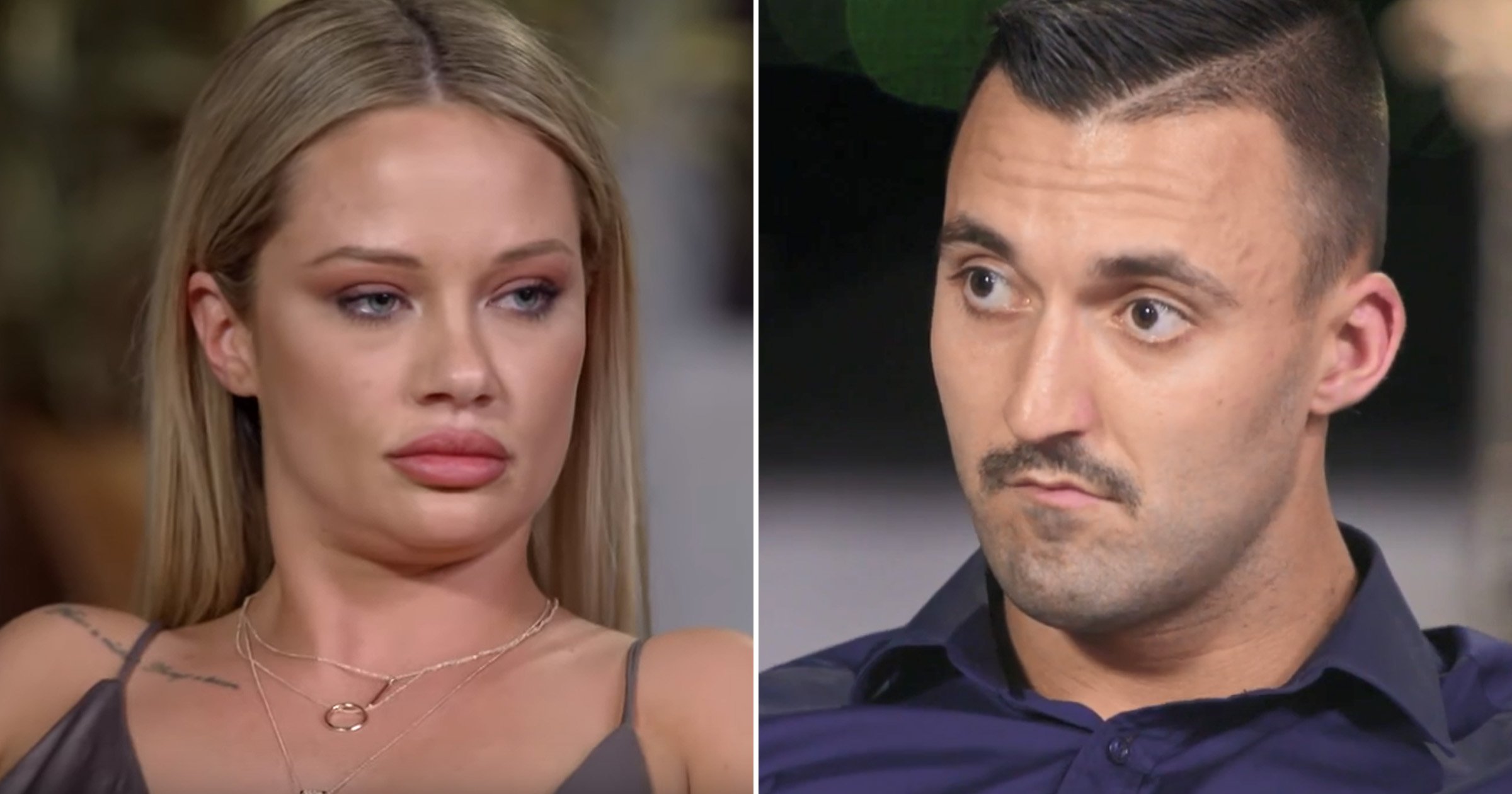 Married At First Sight Australia’s explosive finale closed with Jessika Power finally being confronted by her co-stars over her secretly propositioning Nic Jovanovic earlier in the season.

Viewers in the UK had long wondered when Jess’ flirtatious encounter with Nic would come to light and the reality series well and truly delivered tonight.

Sitting in front of the experts, Jess was forced to watch back footage of her pulling for a chat in the middle of a group dinner while admitting to the camera that she was ‘sexually attracted’ to Cyrell’s husband.

It was the first time Jess’ new man Dan had seen the clip, as well as their co-stars.

However, despite the footage quite clearly showing Jess expressing her romantic interests in Nic, she denied ‘hitting on him’.

Cyrell then pushed Nic to share his side of the story, telling her ex: ‘Stop being a people pleaser and just say the truth.’

Nic then confessed: ‘OK, yeah I felt like she was hitting on me.’

When asked if she understood why her castmates were reacting in anger, Jess replied: ‘Because it looks like I’ve gone from nic to dan which I haven’t.’

Dan then chimed in: ‘I can’t deny what i’ve seen there… That’s probably the biggest thing, I honestly feel like I’ve been played. I’m hurt right now looking at that.

‘I’ve hurt a lot of people doing what i’ve done and looking at that now, i feel like a piece of s**t… I’ve got a lot to think about.’

However, Jess insisted: ‘I know I’m not lying.’

Cyrell delivered possibly the most scathing line of the night, telling Jess: ‘Jess can I just say it? Your legs are like 7/11, they’re open for business 24/7.’

The showdown was exactly what viewers had waited for with one tweeting: ‘This is beautiful. It’s just beautiful.’

One added: ‘Nic is such a sweetheart he played it so well someone with some integrity and class,’ while another agreed: ‘Can we just applaud nic please? More nic’s in the world please.’

‘Dan finally seeing what Jess is really like,’ a viewer said as one chimed in: ‘Jess has to be the worst liar in history.’

Loving Dan’s ex Tamara’s reaction, another tweeted: ‘I love how much Tamara is enjoying this ahahahaha.’

Married At First Sight Australia is available to catch-up on All4.

MORE : When is the next series of Married At First Sight Australia coming to Channel 4?

AJ and Curtis Pritchard’s mother feared her sons would be shackled by showbiz: ‘I...