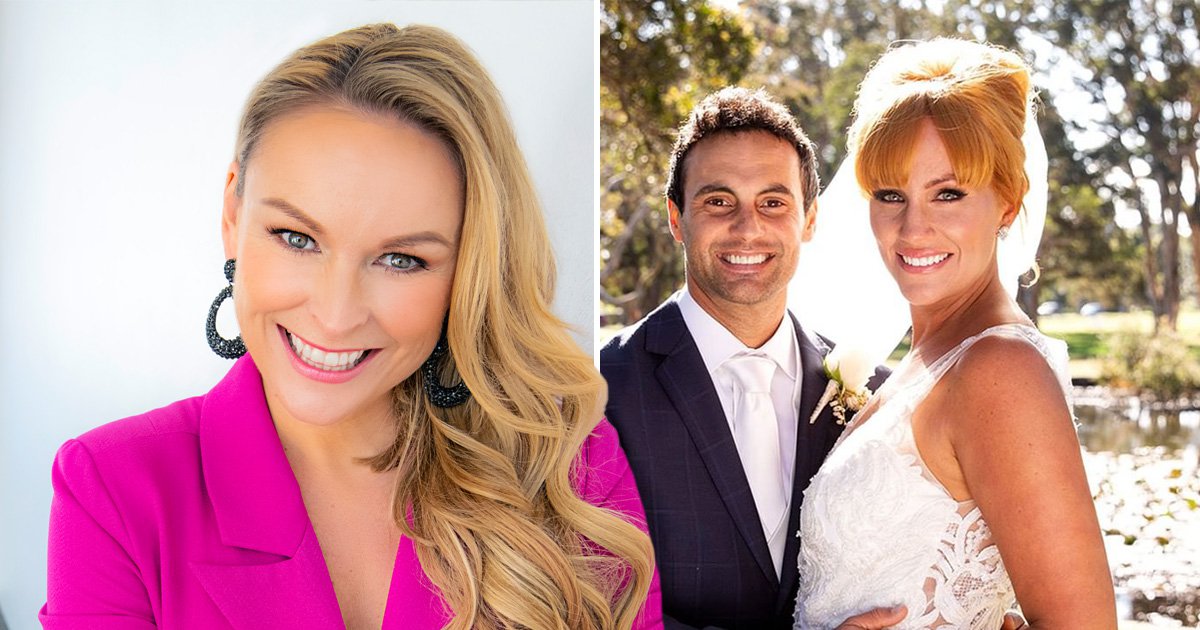 Married At First Sight Australia expert Mel Schilling is taking her expertise overseas and hoping to help British couples find love at the altar, as she’s signed up for the new UK series of the show.

There’s no denying that Mel has probably seen it all when it comes to MAFS, after starring as an expert for seven seasons down under.

She, along with John Aiken and Trisha Stratford, were responsible for match-making the couples in the experiment, pairing together the brides and grooms based on a series of compatibility tests and their expert dating knowledge.

Season six of MAFS Australia saw the experts completely floored when two cheating scandals surfaced, including an affair between Jessika Power and Dan Webb then plot to re-enter the experiment as a new couple in a show first.

There’s no denying the entire season was one wild, mostly awkward, and completely tension-filled ride, with Channel 4 bosses hoping to recreate that same binge-watch worthy experience when the UK series of Married At First Sight finally returns.

Part of their shake-up for an ‘explosive’ new series includes drafting in Mel to star as an expert on the new season, alongside returning star and dating guru Paul Carrick Brunson, who fans will recognise from Celebs Go Dating.

Inspired by Married At First Sight’s success over in Aus, Channel 4 bosses are hoping that Mel’s no-nonsense approach to the couples involved in the experiment will have us British viewers gripped.

Mel and Paul will oversee all couples within the experiment from the moment they’re matched, to their wedding days, honeymoons and the process of them moving in together.

The UK series will follow the same format in that the couples will have to attend weekly dinner parties and commitment ceremonies where they will decide whether to stay on in the experiment.

‘I am so excited to join the super-sized UK version of our much-loved Married At First Sight,’ Mel said of her new gig in the Northern hemisphere.

‘Being a part of the Australian experiment for seven seasons has taught me so much about love, marriage, relationships – and conflict – and I can’t wait to sahre my advice and insight with you all.’

Her addition to the UK series of MAFS comes after reports Channel 4 is hoping to sex-up the show in the hope that it will rival dating series like Love Island when it returns to TV later this year.

‘Married At First Sight UK started out as much more of a straight TV experiment looking at relationships,’ revealed a TV insider.

‘Producers were already looking to shake up the format, but the huge success of the Aussie version has convinced them they have the chance to reinvent the show and create one of this country’s most talked-about TV hits.’

The insider told The Sun: ‘They’re looking for particularly attractive and interesting characters to ensure the British reincarnation is as explosive as the one Down Under.’

However, the scandal that comes with the series isn’t for everyone, as Mel’s fellow MAFS Australia expert Trisha has decided to hang up her boots.

‘It got supersized, a bit like MasterChef, into what we know as MAFS now. The participants we got in season six and seven were so outrageous and outside the norm that it wasn’t what I signed up for,’ she told Woman’s Day New Zealand.

‘At a couple of dinner parties I felt sick. I felt in my guts that this wasn’t what I’d want to be watching at home on TV.’

MORE : Jane Fonda is done with marriage at 83: ‘I can watch whatever I want on TV’

How to clean your grubby suede shoes in 4 easy steps