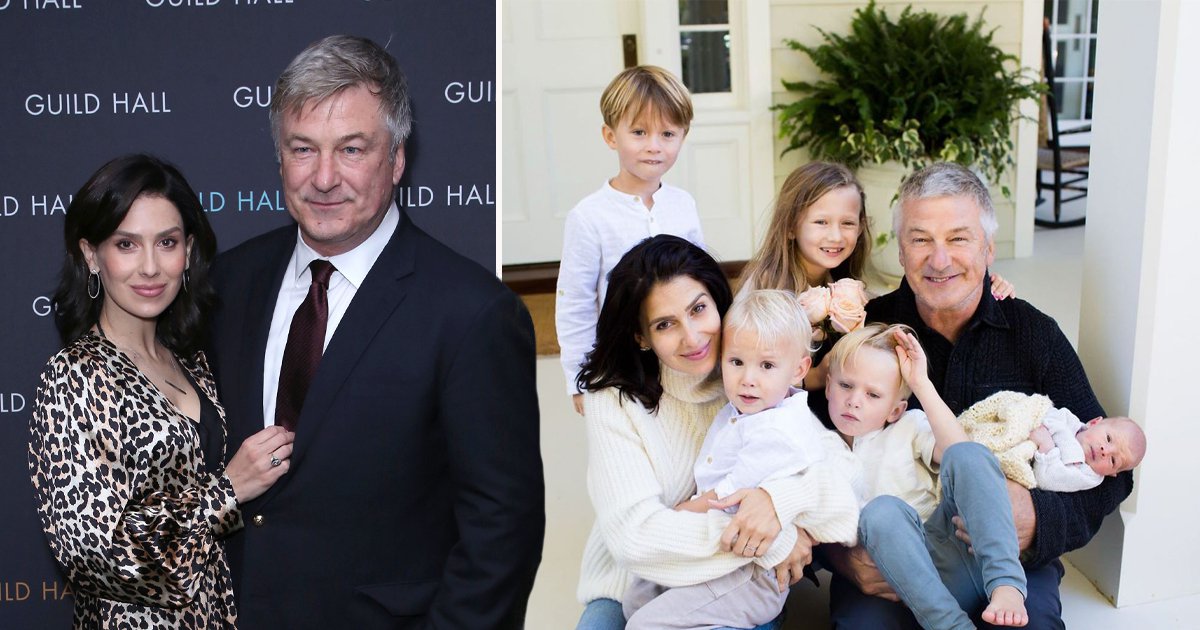 The couple shared the first photos of their adorable newborn on Instagram on Monday, after managing to keep the news under wraps.

It comes just five months after Hilaria gave birth to their son Edu in September 2020.

The yoga instructor teased her Instagram followers further and added in her stories: ‘How many babies do you see?’ with the options being five or six.

A source close to Hilaria and Alec, 62, confirmed the baby news to People.

Hilaria recently hinted that she was ready to expand the family and told the publication in November: ‘Everybody’s asking me this question. I don’t know. I’ve said in the past that I was done when I wasn’t done. I think, right now, I’m so tired.

‘And I feel, just with Covid — it’s just insanity.’

The former fitness instructor suffered two miscarriages in 2019 – one in April and again in November.

At the time, Hilaria said: ‘We are very sad to share that today we learned that our baby passed away at 4 months. We also want you to know that even though we are not ok right now, we will be.

‘We are so lucky with our 4 healthy babies — and we will never lose sight of this. I told Carmen and took this so I could send it to Alec. I guess this is a good way to share it with you too.’

She continued: ‘I told her that this baby isn’t going to come after all … but we will try very hard to give her a little sister another time. I’m really devastated right now … I was not expecting this when I went to my scan today. I don’t know what else to say … I’m still in shock and don’t have this all quite clear.’

While this is Alec’s sixth child with Hilaria, he also shares daughter Ireland Baldwin, 25, with ex Kim Basinger.

Metro.co.uk has contacted Alec and Hilaria’s rep for comment.

MORE : Hilaria Baldwin apologises for not being clear about not actually being Spanish

Married At First Sight Australia to entertain us again this summer as season 7...