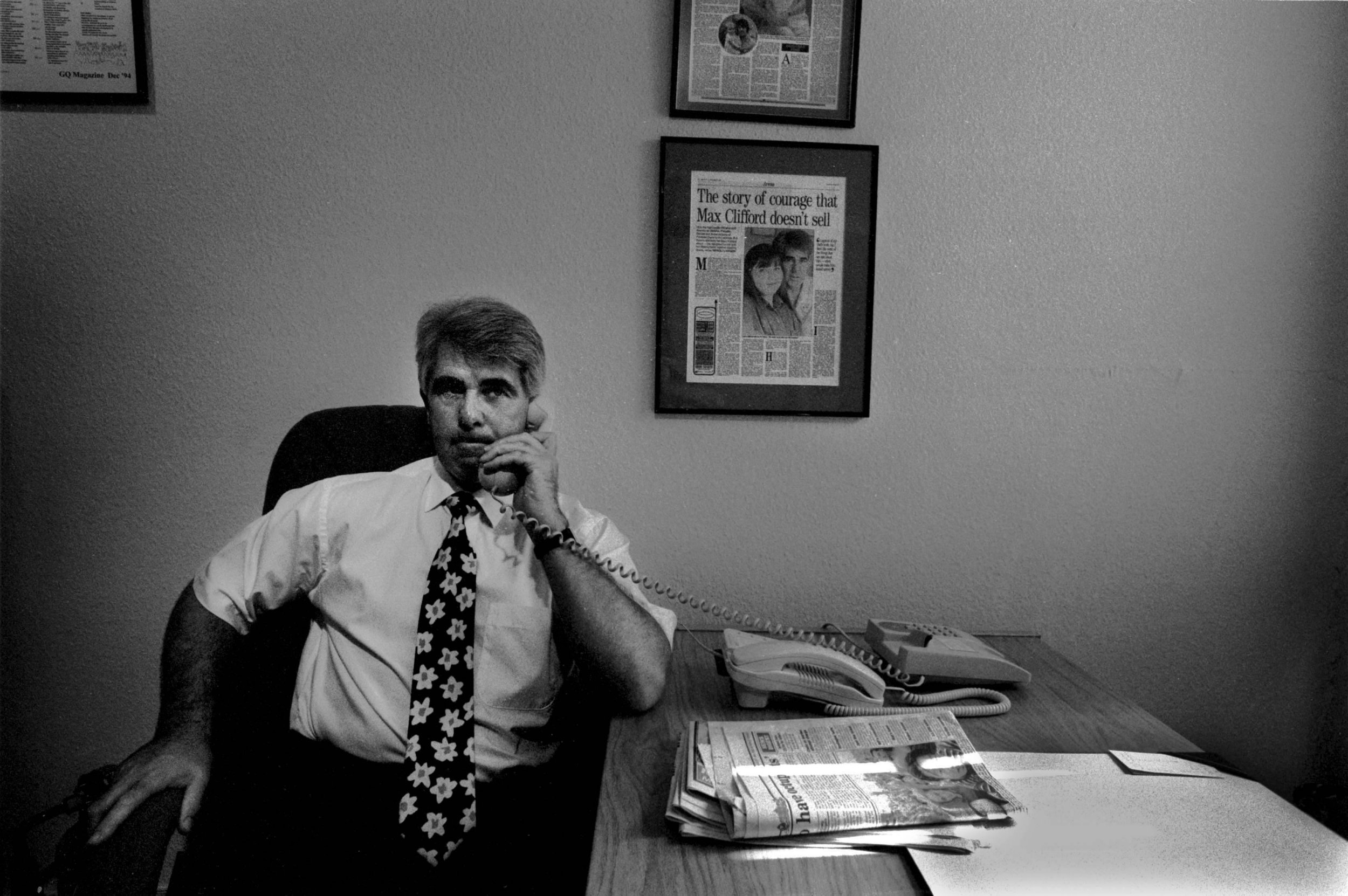 Disgraced media mogul Max Clifford used a fake identity to reveal his hang-up over his ‘small penis’ to one of his victims over the phone.

Two people came forward and shared how the publicist would pretend to be someone else and would ring them to make disgusting sexual comments in Channel 4’s new documentary Max Clifford: The Fall of a Tabloid, with one claiming he commented on the size of his penis.

‘Before Max Clifford exposed himself to me, I was just going into my flat in Muswell Hill and the phone was ringing,’ one recalled.

‘I picked it up and there was this really camp American voice on the phone and they said, “Oh hi, I’m Aaron Spelling… I hear you’ve seen my friend Max and I think he’s got a hang up on the size of his penis”.

‘I remember saying to this Aaron Spelling, “Well I don’t know what you expect me to do about that” and he said, “Go and see Max. I’m sure you’ll work something out”.’

‘I thought, “This is Max Clifford phoning me up, pretending to be Aaron Spelling”,’ she continued.

‘A couple of days afterwards I was there in his office, he called me in and I sat down and he said, “So, did my friend Aaron phone you?”

‘I remember I kept looking down… eventually I blurted it out and said, “He said you’ve got a problem with the size of your penis”. As I said that, he’s got my hand on his penis and he kept saying to me, “Is it the smallest penis you’ve ever seen? Is it the smallest?

Another victim also came forward to disclose that she too had a weird phone call with Clifford, who was once a publicist to Simon Cowell and Kerry Katona.

‘As long as the abuse continued I got very strange phone calls from someone who said their name is Terry,’ she shared.

‘He would call me and say, “The way you need to get to Max Clifford so that he really likes you and thinks you’re really good is that you need to talk dirty to him”.’

The victim said Clifford would tell her the words she had to say to him.

‘I would go to the nearest call box on the pretence of visiting a nearby friend and call him,’ she continued. ‘He would make me talk dirty to him down the phone.

In December 2012, Clifford was arrested on suspicion of sexual offences. He was later jailed for eight years after being found guilty of eight counts of indecent assault on four girls and women aged between 15 and 19.

Five years later, on December 8 2017, he collapsed in prison and died in hospital two days later.

In 2019, Clifford’s daughter appealed his conviction. The appeal was rejected.

Max Clifford: The Fall of a Tabloid airs tonight at 9pm on Channel 4.