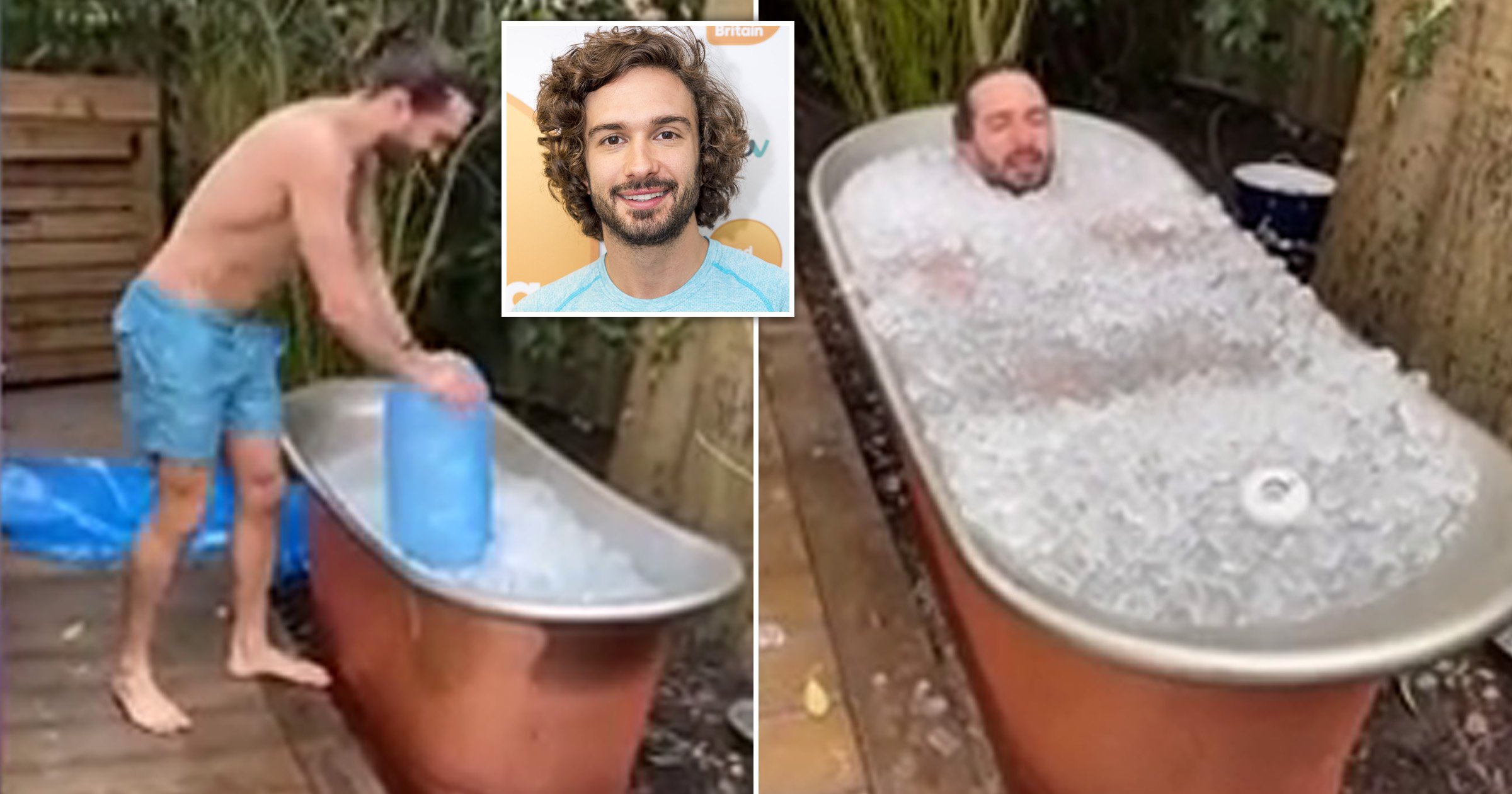 Joe Wicks has taken his ice baths to the absolute extreme in his latest challenge.

The fitness guru, 34, has decked out his garden with equipment to incorporate ice baths into his recovery, after being left impressed by both the physical and mental health benefits they can have.

He started out small (we’d still rather him, than us) by submerging himself in 20kg of ice and slowly increased the amount of ice to 50kg and building up his time spent in the freezing water to a personal best of six minutes.

Wanting to amp things up, however, Joe decided to triple the amount of ice used in his weekly recovery process and ordered 120kg of ice to throw on top of his usual 50kg. That’s 170kg ice in total and we officially want to start digging out the blankets.

Live-streaming his attempt on Instagram on Sunday, Joe explained that he wanted to get the temperature of the water to sub-zero,

He told fans: ‘I wanted to take it to a new level… extreme ice bath challenge. My ice machine creates 50kg ice and it does get [the bath temperature] cold. It gets it to 1.5 degrees, but I’ve ordered 120kg of ice to take it hopefully below zero. I hope that it gets much colder and we can take it to the maximum.’

His plans were rocked by a slight hiccup, though, as so much ice meant there was hardly any room for Joe to submerge himself in the bath.

Faced with wriggling his way in between blocks of pure ice, Joe seemed slightly tentative as he told followers: ‘It’s just skin on ice. You can get in there, but honestly I can’t move my legs through it. I’m wading through ice.’

Joe then decided to add more water, dropping the temperature of the bath down to 0 degrees.

Convinced he wouldn’t last longer than 30 seconds, Joe told fans his feet and hands were already ‘gone’, before he’d even attempted to get in the bath.

Finally plucking up the courage, Joe screamed and shimmied his way into the ice. before submerging himself under the water.

‘Why? Why am I doing this to myself? It’s a whole different kind of burn. The feet and the fingertips, It’s such a weird feeling being locked in the ice like that,’ Joe said before calling it quits after just 60 seconds.

‘A minute, that’s pathetic. I can’t feel my hands,’ he cried, before warming himself up and later revealed: ‘It’s amazing how much energy you get from this, my mind has gone so clear. It’s ridiculous what this does to the body.’

His verdict? ‘I went for it. Brutal, but it was amazing.’

It comes after Joe revealed how he wanted to include ice water exposure into his recovery regime, after struggling with injury during his workouts.

He built up his tolerance by starting with cold showers and while he admits it feels ‘uncomfortable’, Joe insisted: ‘You feel amazing afterwards.’

The Body Coach star is back hosting online PE lessons for school children during lockdown while schools have been closed as a result of the pandemic.

MORE : ‘Indebted’ Lady Gaga ‘will pay dogwalker’s £70k medical bills’ after he was shot in dognapping

20 Celebrity Lookalike Duos Who Will Have You Seeing Double