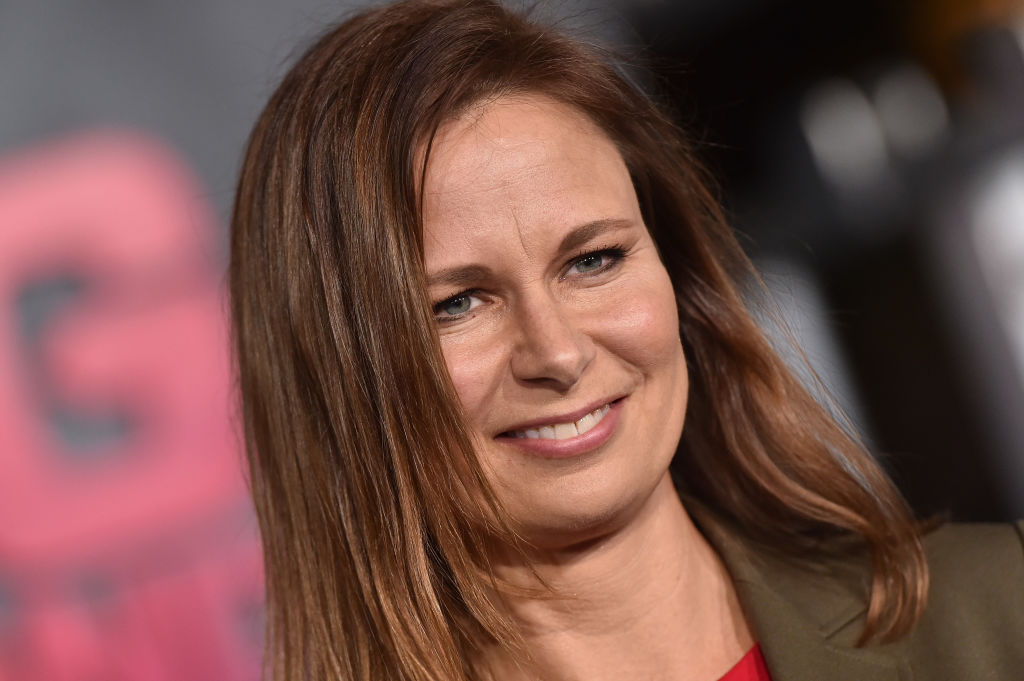 It’s Always Sunny in Philadelphia star Mary Lynn Rajskub has explained why her character Gail the Snail is so gross… outlining exactly who is to blame.

In season five of the hit sitcom, Mary, 49, is introduced as Gail the Snail, the unpleasant cousin of Dennis Reynolds (Glenn Howerton) and his twin sister Dee Reynolds (Kaitlin Olson).

Known for her ‘disgusting’ manner, Gail also has a short romance with Frank Reynolds (Danny DeVito), the twins’ father.

During a recent interview, Legally Blonde two actor Mary delved into how Gail the Snail was envisioned as being such a ‘gross’ addition to the cast, explaining that several of the show’s stars and producers were behind it.

She then explained how Gail the Snail was brought to life – spit and all.

Mentioning executive producers Glenn, Charlie Day and Rob McElhenney, who also star in the show as Dennis, Charlie Kelly and Mac McDonald respectively, Mary said: ‘Looking at this clip, I want to blame Charlie Day, for the spitting in particular.

‘I remember I kept going back to the hair and makeup because we had to get that right line and I also didn’t want to do a caricature of, like, a gross person.’

In December last year, it was announced that It’s Always Sunny – the longest-running comedy series in American TV history – had been renewed for four more seasons, with its 14th season having aired in 2019.

In a post shared on Instagram, Rob wrote: ‘Sunny was originally pitched as a 36 season arc. Happy to be halfway there.’

Glenn added: ‘Next up 4 more seasons of Sunny. Yeah you heard me. 4. Check the news, stupid.’

It’s Always Sunny in Philadelphia is available to watch on Netflix.

MORE : Danny DeVito is ‘exactly like It’s Always Sunny in Philadelphia character’ as Deck The Halls child star looks back at film 14 years on

Kaley Cuoco left in tears by sweet surprise from husband Karl Cook ahead of...