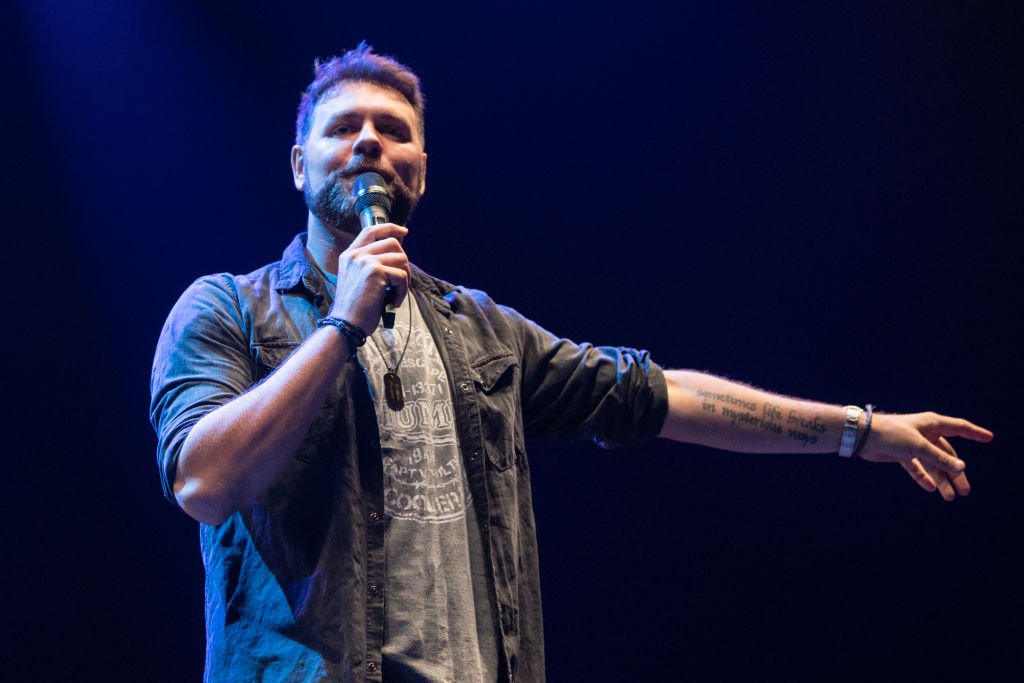 Brian McFadden’s attempt to be a rock star backfired tremendously when he was knocked out by a television he tried to throw out a window.

The 40-year-old was one of the original members of Westlife since their formation on 1998 – with his name spelled as Bryan – until his departure in 2004.

Westlife were an instant phenomenon, achieving six UK number ones in a row and becoming one of the biggest boybands of all time, so it’s not surprising Brian wanted to live the rock ’n’ roll lifestyle that comes with stardom.

However, it seems being a hellraiser is more difficult than it looks.

According to The Sun, Brian, now 40, opened up about an awkward moment when he tried to throw a television out the window in an interview with writer Joe Jackson for the book Westlife Uncensored, which was published this month.

The Real To Me singer said: ‘I went to the minibar, opened it and drank ten of those little bottles straight through, then all the beer. Then I tried to lift up the telly. I wanted to throw it out the window, and it fell on my head.

Westlife – made up of Brian, Shane Filan, Mark Feehily, Nicky Byrne and Kian Egan – weren’t exactly known for their rock and roll antics, more love songs and key changes as they sold out arenas worldwide and gained huge hits with songs like Flying Without Wings and My Love.

However, Brian chose to leave the band in 2004 to focus on his kids with then-wife Kerry Katona, and later launched a solo career.

After initial success and a stint in the super-duo Boyzlife with Boyzone’s Keith Duffy, Brian began appearing on reality TV, competing on The Jump and Dancing On Ice.

Westlife, on the other hand, continued to have success worldwide and are set to go on their final tour this year, rescheduled from 2020.

While many may have thought that Brian might complete the five-piece for a goodbye tour, he claimed that he was turned down for a previous reunion with the band.

Brian, who is expecting a baby with fiancee Danielle Parkinson, said: ‘I was offered a big multi-million pound deal. It was the other boys in Westlife who said no. They didn’t want me back.

‘How does that make me feel? It makes me pretty upset because I didn’t realise they still had those feelings towards me.’

Back in 2018, Shane said of his ex-bandmate: ‘ I haven’t seen Brian in ten years. We’ve just lost touch. It’s like going to school with somebody and then not speaking.

‘We all had a good relationship with Brian, then he just left the band very early on. And I don’t think we would ever reunite with him. I honestly see Westlife as being four people now. The four people who started and finished Westlife are what I consider the band.’

MORE : Strictly star Jamie Laing mortified as he realises ‘you could see everything’ through trousers in dance routine

MORE : The Voice UK: Former judge Danny O’Donoghue of The Script to return as guest mentor

Gigi Hadid back on the runway for the first time since giving birth as...

Jennifer Garner on Raising Kids in Quarantine and Why ‘Yes Day’ Is a ‘Breath...

‘Everybody started coughing’: passenger lets off pepper spray on flight