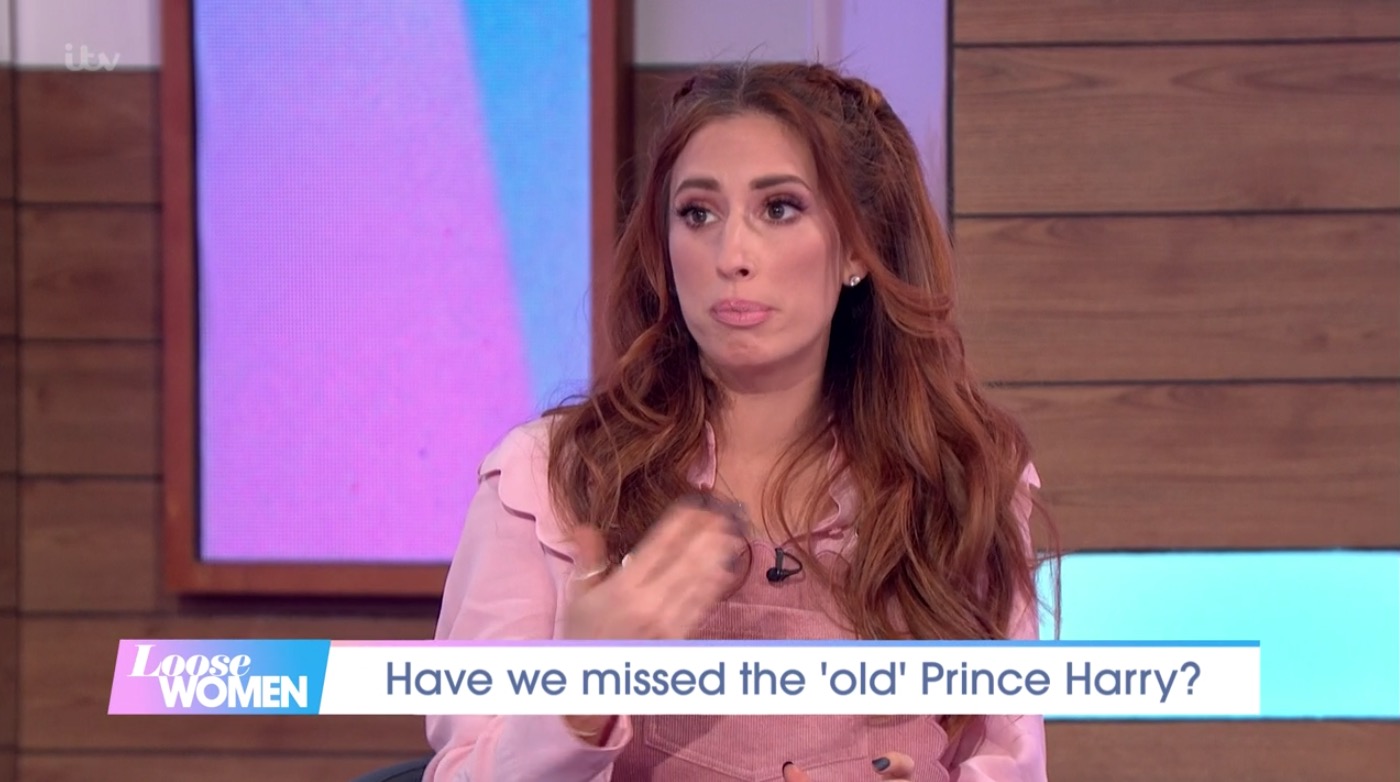 Stacey Solomon had recalled the horror of feeling like she’d lost her son Zachary during a shop in Tesco.

The Loose Women panel today were discussing Lady Gaga’s $500,000 reward for the return of her French bulldogs, who were stolen on Wednesday after her dogwalker was shot.

Moving the discussion over to the thought of loved ones going missing, mum-of-three Stacey spoke about the moment she once feared her eldest son Zachary had gone missing after a trip to Tesco.

She told the group: ‘Your heart sinks for parents because you think it could easily have been me. I can’t tell you the amount of times I’ve been in Tesco…’

‘Zach was little and because he was my first I kept forgetting him places anyway.

‘You’d walk around with a pram, and then you’d stop, look at something and then forget to take the pram with you, because I never had a pram before.

‘As he got older, there was one time when we were in Tesco, and he was right next to me. I reached out to grab something, fruit or whatever to put in the trolley, put it in the trolley and went to hold his hand again and… [he’d gone].’

‘You’re like, “Oh my God. I’ve done it, I’ve finally lost him”,’ she continued. ‘I remember telling them to shut all the doors, I was screaming at people.’

Thankfully, Zachary, now 12, was found safe and sound after hiding from his mum initially as a prank.

‘What he’d done is hid under a clothes rail because he thought it’d be hilarious,’ she said. ‘But when he saw me crying and panicking and making a fuss, he stayed there thinking, “I’m in big trouble if i go out!”

‘So for about 25 minutes, I was literally the worst. It was the worst feeling in the world.’

MORE : Penny Lancaster shocks Loose Women panel as she reveals she went for dinner just hours after giving birth and having stitches

Inside the abandoned rotting Thomas Cook planes that were so mouldy they had to...

Rita Ora joins The Voice Australia judges after being criticised for being allowed into...