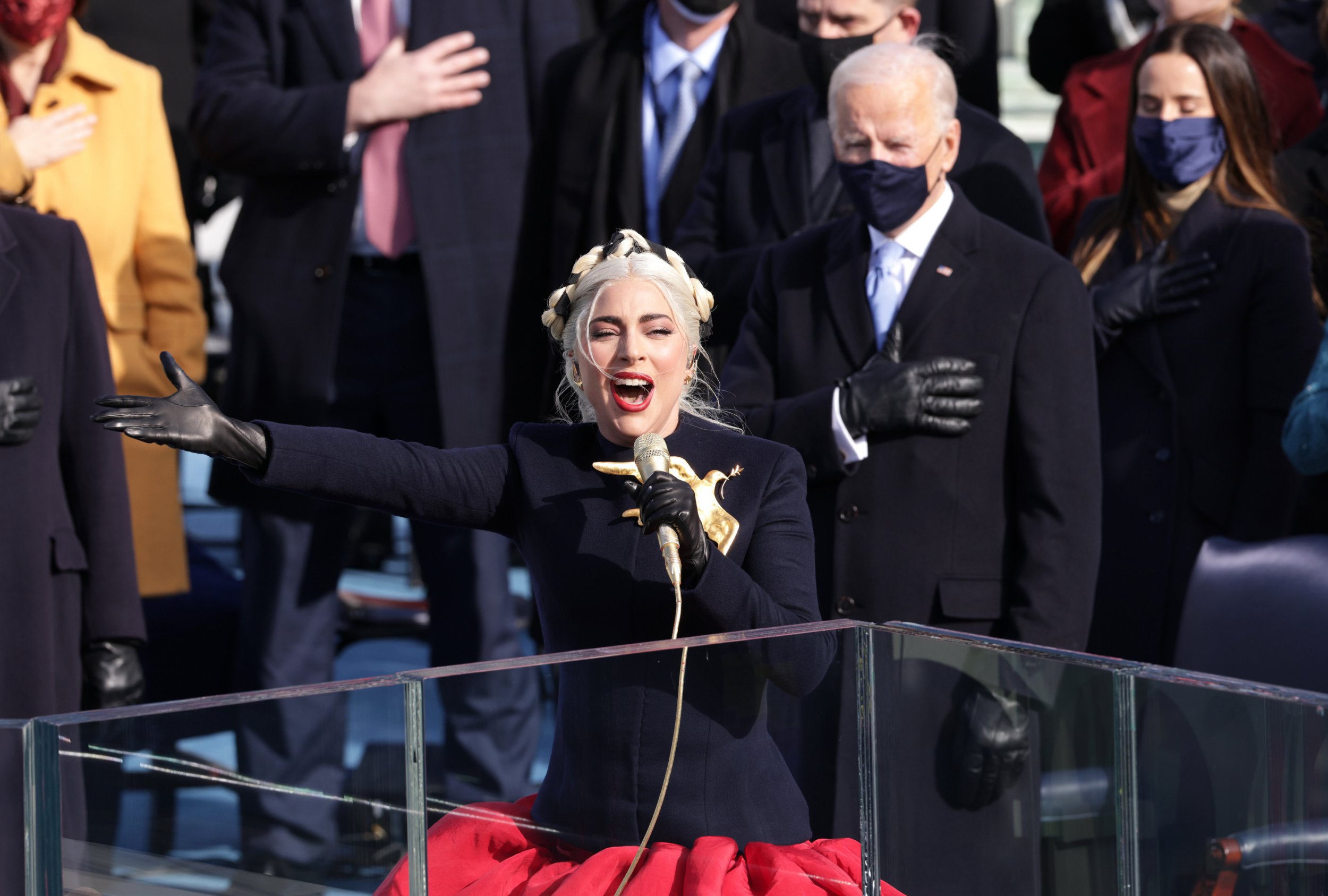 There is reportedly an investigation into whether Lady Gaga’s dogs were stolen because she sang at President Joe Biden’s inauguration.

Gaga’s dogwalker Ryan Fischer was shot by two men in Los Angeles on Wednesday night, with the attackers stealing the popstar’s French bulldogs Koji and Gustavo.

A third dog, Miss Asia, managed to escape and was later recovered by police.

According to The Sun, FBI officials specialised in kidnapping and ransom cases are working with the Los Angeles Police Department to determine the motive for the attack.

A source said: ‘Lady Gaga is high profile of course but she sang at President Biden’s inauguration which takes this case to another level.

‘The FBI wants to know exactly what motivated this incident.’

Other reported theories are that the attack was a ‘straightforward armed robbery’, or that the dogs may have been stolen for ransom.

Gaga, 34, has since offered $500,000 (£353,400) for the return of Koji and Gustavo, ‘no questions asked’, while anybody with information relating to the incident has been asked to email KojiandGustav@gmail.com.

The Bad Romance singer is currently in Italy filming her new movie Gucci with Ridley Scott; it is unclear if she will return to the US due to the attack.

A spokesperson for the LAPD said: ‘We had a shooting that took place at 1500 block of N Sierra Bonita Avenue at 9:40pm.

‘Victim was transported to local hospital in unknown condition. No arrest made yet.’

Fischer was shot outside his West Hollywood home, and footage from the scene saw him receiving treatment on the ground.

He is believed to be recovering well in hospital.

Celebs Say This £12 Shampoo Is The Best They’ve Ever Used, So I Had...

Why Am I Always Dreaming About Secret Rooms? Help!