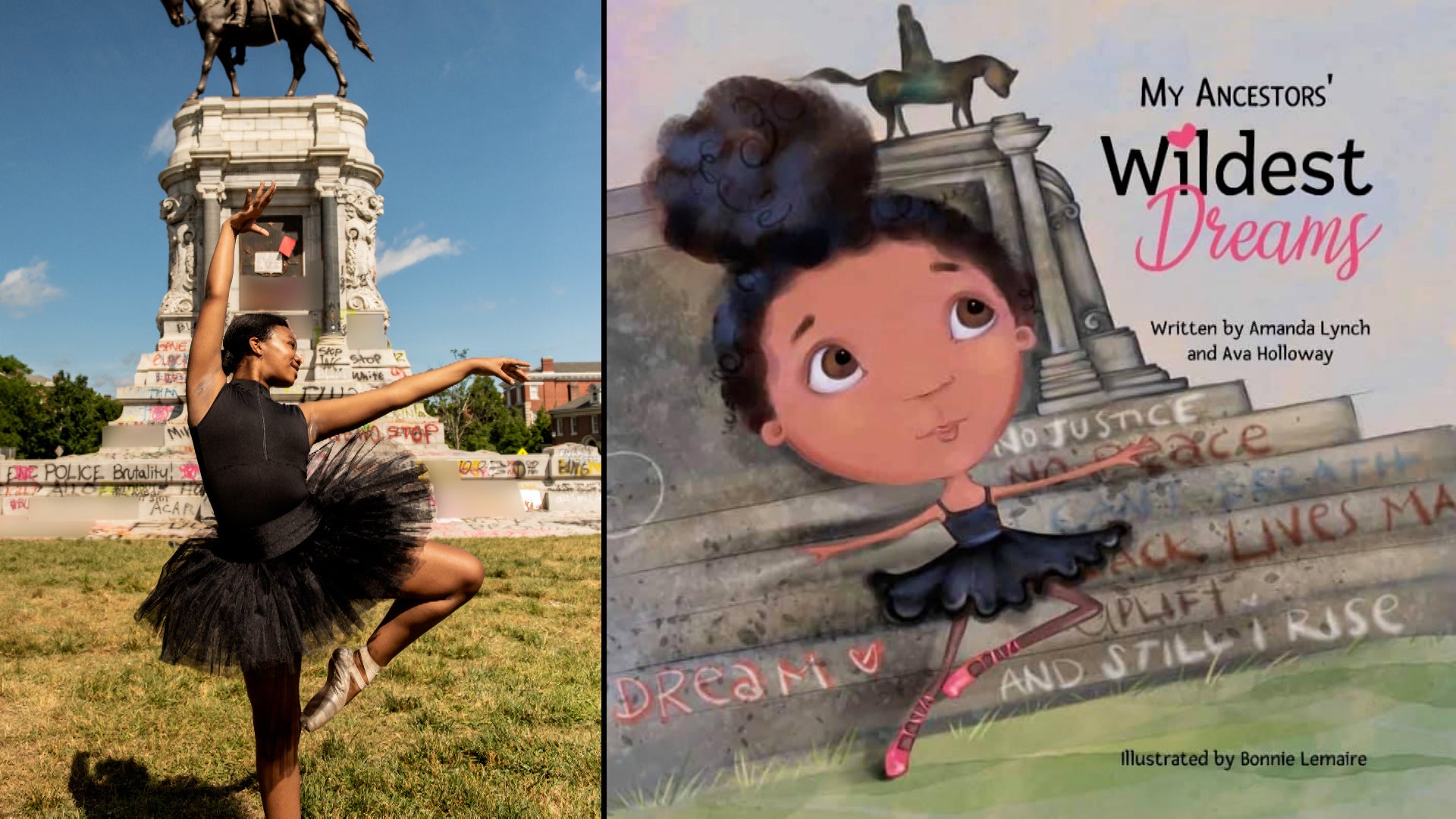 It’s been a whirlwind of a year for Ava Holloway, one of two teens who went viral for their powerful photo in front of a prominent monument. So many opportunities have come out of being the focal point of a national movement.

“I feel like last year at this time, I wouldn’t have imagined myself doing the things that I’ve done,” Ava told Inside Edition Digital.

Last June, Holloway and Kennedy George, both 14, who have been dancing since they were both 3, posed in front of a graffitied Robert E. Lee statue wearing their pointe shoes and dressed in black leotards and tutus. The photos were captured by photographer Marcus Ingram.

“I think with bringing in the ballet aspect of it, it sparks people’s curiosity,” Kennedy, told Inside Edition Digital last year. “I believe that when we were out there, even though it was just us in the picture, I feel like we were standing for more people than just ourselves. It was for a bigger picture.”

Since their photos made national headlines, they both were featured in a Nike ad. They are also featured prominently along with Sophia Chambliss and Shania Gordon in a mural on the side of a building in their hometown of Richmond, Virginia. The mural, painted by Nico Cathcart and Montey Montgomery, highlights the four founders of Brown Ballerinas for Change, a non-profit that helps create advocacy, social justice, and an increase participation of underrepresented populations in ballet.

Ava also wrote a children’s book about activism with her mom called “My Ancestor’s Wildest Dreams.” “Don’t let anything get in your way,” is how the book begins.

“You don’t typically see activism and Brown ballerinas on the front of a book using ballet for social justice,” Ava explained.

Ava and her mom, Amanda Lynch, are currently on a virtual book tour with five other Black authors. “We all have a voice and we all have a responsibility to care for one another, regardless of how old we are,” Lynch said of the awareness they’re spreading. “I hope that as young people and adults read our book, that will be the message that’s conveyed to them.”

Ava has also virtually lobbied in Washington, D.C. and worked with the general assembly to push for various bills to be passed. Her new interest in politics may play a part in her future goals.

“Ever since Ava could talk, she’s wanted to be a doctor. Now, she’s thinking more about advocacy and looking at a law program that also will allow her to do an MD program simultaneously,” Lynch said.

None of this might have happened without her peaceful protest in front of a statue.

“It makes me feel great to know that you can give back to the community,”  Ava said, “And really just be who you really are.”

Nikki Giovanni Won’t Write About the Capitol Riots. Here’s Why.

LA Has Burned Over Racial Injustice, but Black Lives Matter Brings Hope That Change Is Finally Going to Come

Brazil variant evades up to 61% of immunity from past coronavirus infections, study suggests

Naomi Osaka says Kobe Bryant helped her through ‘toughest parts of life’ as she...

Princess Eugenie’s baby will probably have this unusual middle name