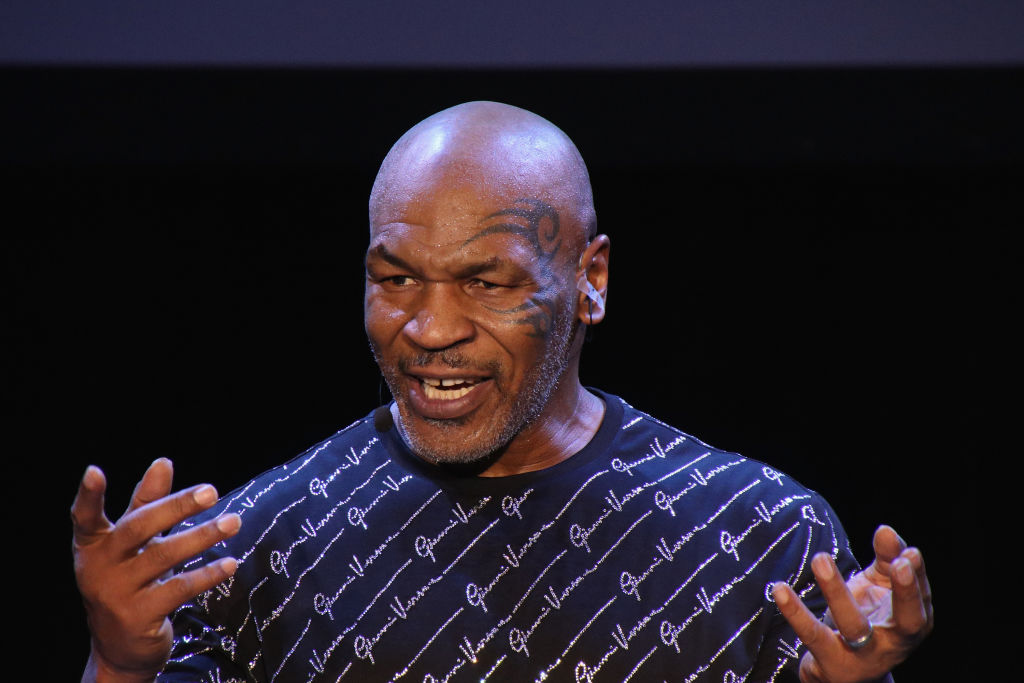 Mike Tyson has completely slammed US streaming service Hulu for ‘stealing a black man’s story’ after a mini-series based on his life was announced.

The boxing legend is to become the centre of an eight-part series discussing his controversial life and career, including a 1992 rape conviction.

Iron Mike will be created by the team behind I, Tonya – the Oscar-winning biopic starring Margot Robbie.

But following the announcement, made in Hollywood Reporter, Tyson has come out against the show condemning its contents, saying he has not given permission for his life story to be told and has no connection to the series at all.

This was then followed up with a statement that read: ‘Hulu’s announcement to do an unauthorized mini-series of the Tyson story without compensation, although unfortunate, isn’t surprising.

‘This announcement on the heels of social disparities in our country is a prime example of how Hulu’s corporate greed led to this tone-deaf cultural misappropriation of the Tyson life story.’

‘To make this announcement during Black History Month only confirms Hulu’s concern for dollars over respect for black story rights,’ he continued.

‘Hollywood needs to be more sensitive to black experiences especially after all that has transpired in 2020.’

The statement concluded with the announcement that an ‘authorised story’ is in development and will soon be announced.

Tyson’s on/off career has never been without its controversies, with the athlete returning to the ring after serving three-years of a six-year prison sentence for the rape conviction.

In 1997, he was disqualified after biting off part of opponent Evander Holyfield’s ear during a bout.

Last year, 14 years after retiring, he returned to fight Roy Jones Jr in an eight-round exhibition. It resulted in a draw, with a rematch currently being considered.