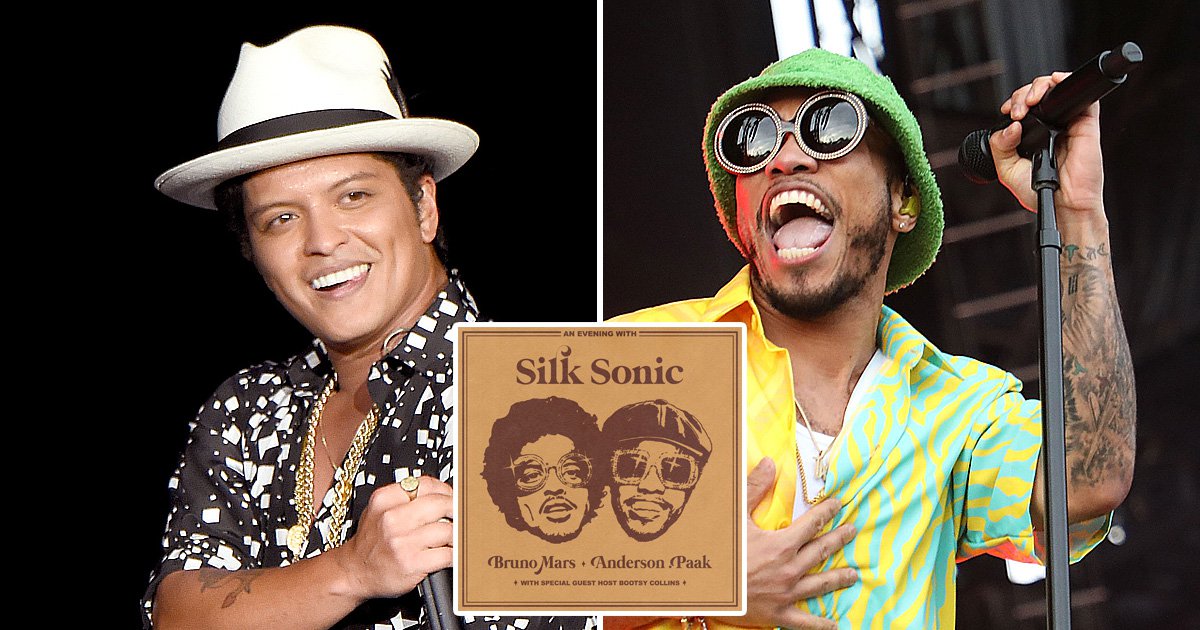 Bruno Mars has revealed he and Anderson .Paak are joining forces to become Silk Sonic, and the duo already have an album on the way.

Sharing the exciting news with his followers on Instagram and Twitter, Bruno wrote: ‘We locked in and made an album. The band’s called Silk Sonic. First song drops next Friday.’

Bruno revealed that the first song would be arriving on March 5, also sharing the album artwork which appears to be called ‘An Evening with Silk Sonic,’ and which will feature Parliament-Funkadelic’s Bootsy Collins as a ‘special guest host’.

It’s not the first time the pair have teamed up as Anderson toured with Bruno as the opener on his 24K Magic world tour in 2017.

The pair are also said to have worked together on songs at London’s Abbey Road studios during this time with Disclosure and Nile Rodgers, the results of which have yet to be released.

Both Bruno and Anderson did, separately, appear on tracks on Chic’s 2018 album, It’s About Time.

Their joint record will be Bruno’s first album release since 24K Magic in 2016, with the star releasing the singles Please Me with Cardi B and Blow with Ed Sheeran and Chris Stapleton in 2019.

Anderson also released his latest album Ventura in 2019 as well as joining Busta Rhymes on YUUUU, from Busta’s album Extinction Level 2: The Wrath Of God.

Bruno also collaborated with Charlie Wilson last year on Forever Valentine which he co-wrote and co-produced as well as providing backing vocals, and also signed a deal with Disney to star in and produce an upcoming music film.

Silk Sonic’s first single will arrive on March 5 with the album release date yet to be confirmed.

MORE : Married At First Sight Australia’s Mike Gunner claims he was talked into making ‘stab at gender’ during reunion special