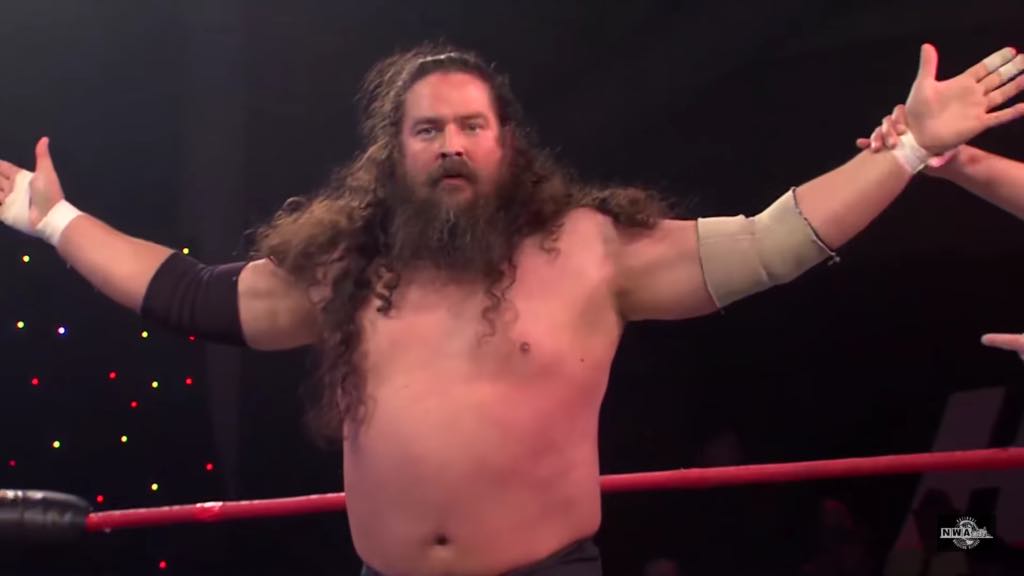 The rock star and NWA president shared a touching tribute to his friend – better known to fans as Question Mark and Jocephus – after his death from an ‘as-yet undiagnosed medical issue’.

Billy wrote in a statement: ‘It’s with a heavy heart that I share that my friend and brother in wrestling, Joseph Hudson, has passed away suddenly from an as-yet undiagnosed medical issue.

‘NWA fans would know him as Jocephus as well as The Question Mark; where thanks to the great fans at GPB Studios in Atlanta, Joseph was able to receive the kind support in the ring he’d always dreamt of.

‘He is survived by a young son whom he loved dearly, and if anything would pain him about leaving this earth it would be not being able to be there for his boy. RIP Joseph, love to you and Godspeed.’

He tweeted: ‘My heart is broken. R.I.P. Sensei. Thank you for all you have done for the fans and for me. This does not seem real.’

Stevens later said the world was ‘a better place’ because Hudson was ‘in it’, before drawing an emotional comparison between life and pro wrestling.

He added: ‘The world is a better place because you were in it. Life is kind of like wrestling.

‘It’s the “moments” that count. We shared them in and out of the ring. I love you brother.’

And WWE NXT commentator Wade Barrett – who worked in NWA as an announcer under the name Stu Bennett – also paid tribute as he responded to Stevens’ initial post.

He wrote: ‘You two [Stevens and Hudson] were a brilliant duo. Incredibly sad – he was a great guy & performer. RIP Joseph.’

New videos of the missing Princess from Dubai have emerged