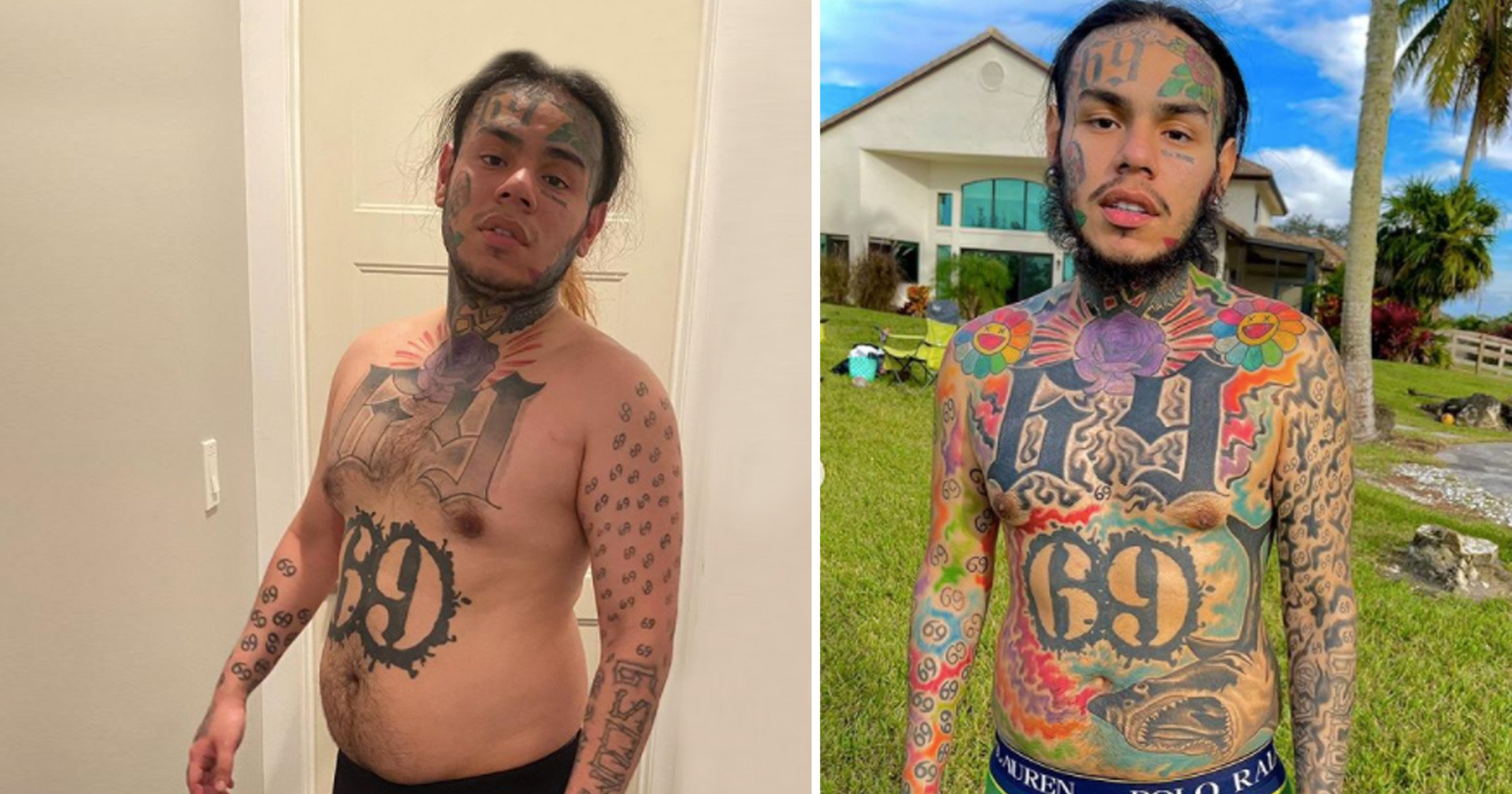 Tekashi 6ix9ine has revealed he has lost 60lb in weight after dropping off Instagram while he focused on himself following house arrest.

The rapper, 24, shared before and after photos after he revealed he’d put on weight from ‘constantly eating and eating’ while under house arrest after he was released from prison.

He wrote: ‘Hey guysss………. So the real reason I left Instagram and music for 6 months is because in September I was the biggest I ever got.

‘I weighed 204 pounds and I was kinda going through a lot in life and I was just constantly eating and eating.

‘All this to say… – In life everyone needs a break, in the chaos of everything that is going on in your life, tell yourself “I control what happens in my life” do NOT let anyone tell you that things you want it’s not possible, that’s FALSE!

Tekashi shared photos and videos of himself at his heaviest as well as after his transformation, revealing that as well as shedding the pounds, he’d also picked up a lot of new, colourful tattoos on his torso along the way too.

The Fefe star, whose real name is Daniel Hernandez, also revealed a fistful of diamond rings, a diamond encrusted watch and a large necklace with a spinner in the centre in the final clip he shared on his Instagram.

Tekashi had been due to serve two years in federal prison but was released 17 months later in April 2020 to serve his last four months under house arrest due to the coronavirus pandemic and the fact he has asthma.

He previously told Fox: ‘With the asthma and the coronavirus, I caught bronchitis once and two asthma attacks in prison.

‘When I caught bronchitis, they sent me to the hospital and the doctor said, “What’s going on in that jail? Why is it so cold in that jail?” I remember, I’m handcuffed … to the bed.’

Tim Burton is creating a Wednesday Addams spin-off for Netflix

Behind Her Eyes is TV with an identity crisis

Outlander star Sam Heughan has no time to be shy about wanting to play...