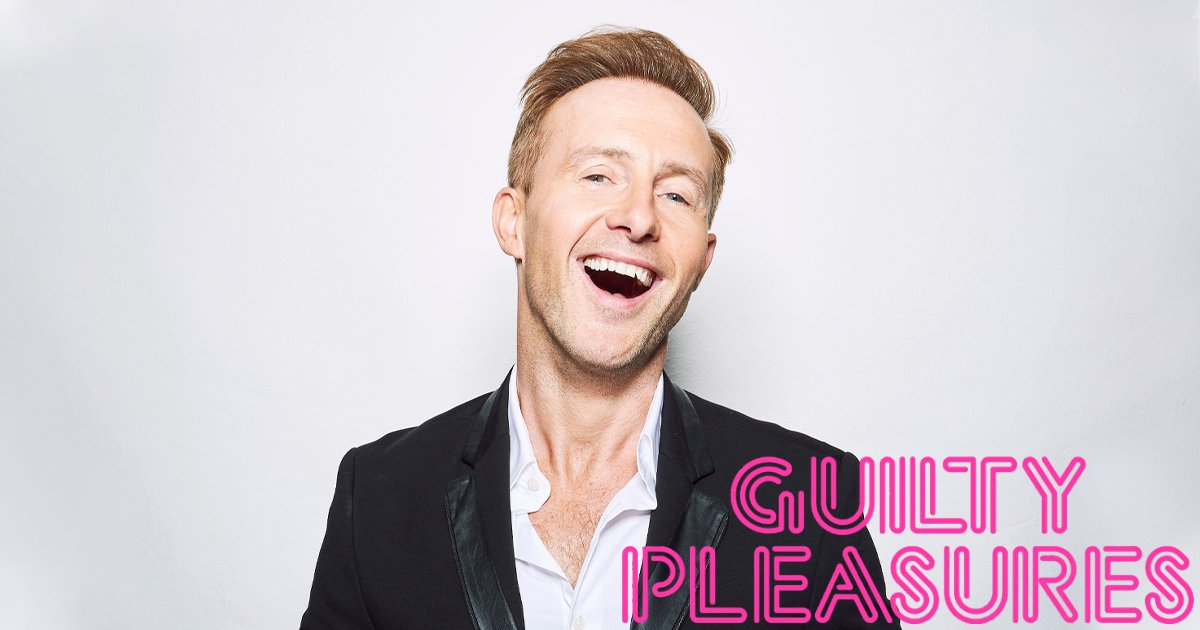 Steps’ H is on the hunt for a ‘knight in shining armour’ following his recent break up… and he doesn’t even mind if his new fella snores.

Now that his four-month relationship with boyfriend Tom Hope is over, H is a single dad looking after his five-year-old twins Macsen and Cybi Ryder-Watkins, from his long-term romance with Craig Ryder.

‘My priority is my children, it will take one hell of a man to fit that jigsaw piece,’ the 44-year-old, real name Ian Watkins, told Guilty Pleasures.

‘I am still a romantic at heart. I want the knight in shining armour — even if he snores.’

But the 5,6,7,8 singer is realistic. ‘We are all broken in some way. Nobody is perfect,’ he admitted. ‘I am in a very different position because I have only ever been in long-term relationships, I have never been on the dating scene.’

H is going online because that is where he found his last romance.

‘Last year, I started seeing a guy and we are still friends and we met on a dating app,’ he said. ‘I think it’s the way to go.’

And he has come up with a way not to be snared or catfished by fake profiles. ‘The way I do it is, “To check you are a real person, send me a picture of you holding your left hand on your left ear or a thumbs up”. Just to make sure,’ H added.

The pop legends are also revving up for their arena tour. ‘We are going to be one of the first gigs to party our way into this new chapter, it will be off the scale,’ promised H. ‘Come and live your best life!’

Jesy Nelson is not proud of one throwback snap — it revives memories of when she starved herself in a bid to achieve a thigh gap.

Now much more comfortable covered up in these baggy combats, the former Little Mix star conceded she wasted years of her life because she thought being skinny would please others.

Sharing a photo of herself lying down after a workout, Jesy, 29, wrote on Instagram: ‘I just saw this picture pop up on my feed and it made me feel so sad.

‘On the day this picture was taken, I remember going to the gym and I stood in the mirror and I said, “God I’m so fat. I just want my legs to be like this,” and I pulled my skin around to try and create a thigh gap because I genuinely believed that being skinny would make me happier.’

But she added: ‘Even when I got to a size eight from starving myself, I still wasn’t happy. I mentally bullied myself every day to try to please other people.’

Slowthai had his wicker way…

It might just be a load of hot air, but Slowthai has boasted that he joined the mile high club… in a hot-air balloon.

The My High rapper, engaged to Russian singer Katerina, shared where he really likes things to take off.

Slowthai spilled: ‘I went on a hot-air balloon in LA above the vineyards and then we got a badge that said Mile High Club.’

The 26-year-old, from Manchester, is still flying high after his new album Tyron stormed to No.1.

■ Fearne Cotton was drunk in love when she first dated hubby Jesse Wood. Jesse, 44, who has been sober for eight years, was still drinking in those days. Fearne, 39, told Jessie Ware’s podcast: ‘He turned up at my house with a bottle of vodka. We drank that and did not eat a thing.’

■ Life has been a stinker for Britney, as seen in the documentary Framing Britney Spears. But at least the 39-year-old’s bank balance is smelling rosy as fans rush to buy from her Fantasy fragrance collection. Scent expert Mia Gardner said: ‘We are seeing an uplift of up to 335 per cent.’

If anywhere in Britain can put a spring in your step, it’s Glastonbury –...

What to Wear to a Spring Wedding