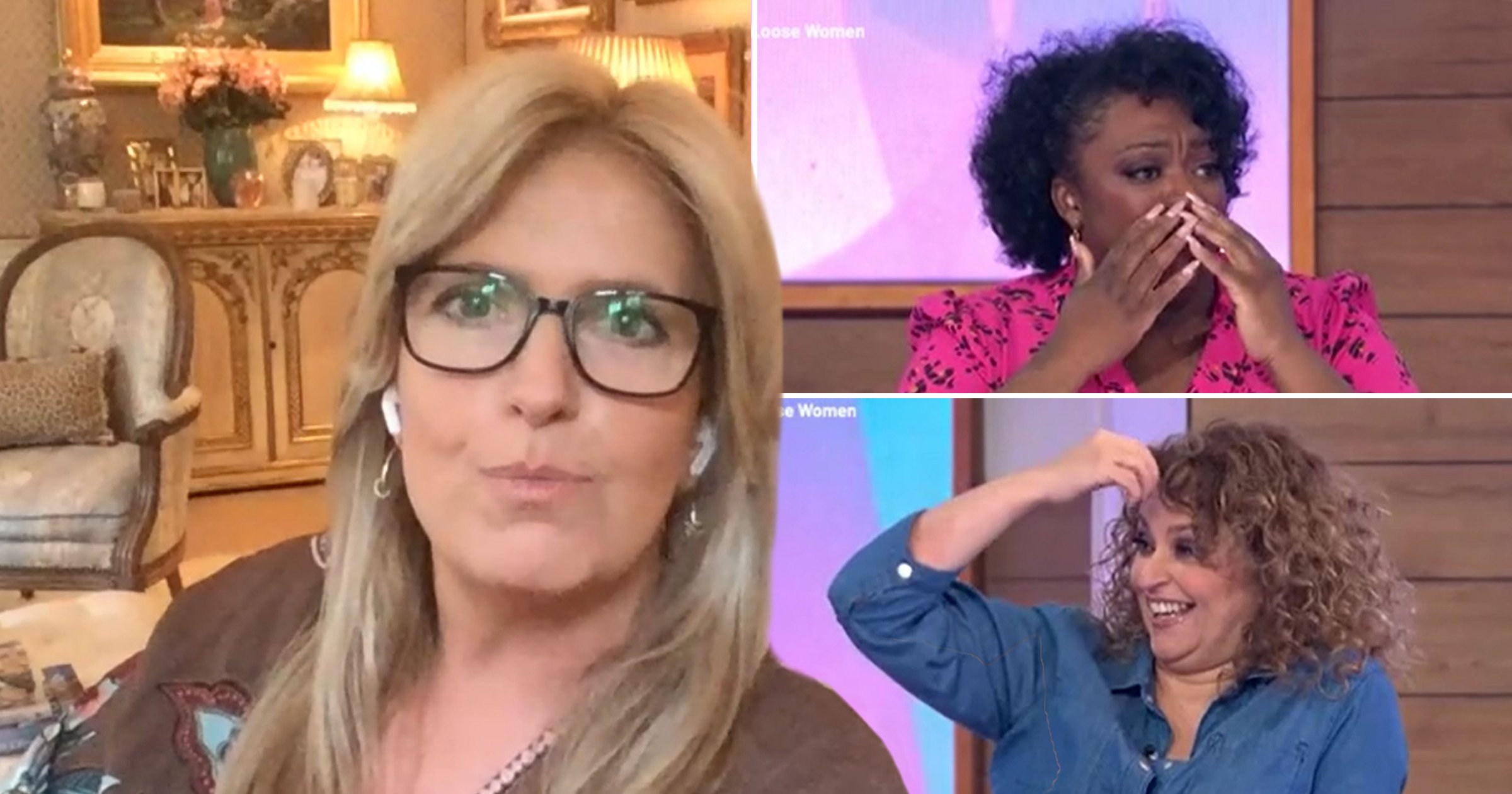 Penny Lancaster shocked her Loose Women co-stars to their core when she revealed she went out for dinner just hours after giving birth and having stitches.

Host Charlene White, Judi Love and Nadia Sawalha were left baffled on Thursday’s live show when Penny recalled how she decided to join husband Rod Stewart and family for a dinner reservation, just hours after giving birth – leaving her mum in hospital with her newborn baby.

Penny explained that she’d given birth around 4 o’clock in the afternoon and Rod had made dinner plans without her – presuming she’d still be in hospital after y’know having a baby.

Not wanting to miss out, Penny decided to join them, after just being stitched up by doctors, and as she recounted the hilarious story, Judi’s reaction was everything.

‘I gave birth about 4 o’clock in the evening, Rod had preempted and booked dinner presuming I’d be in hospital, but I thought, “Nope,” and I went for dinner with them,’ she revealed.

‘Bare in mind I had stitches, my brother is a paramedic and and we were just round the corner. I had to sit with one cheek on the chair because of the pain, then my mum, who was at the hospital, called me and said, “Darling we need you back, baby is crying.”‘

Judi couldn’t believe what she was hearing and her face was a picture as she joked: ‘My vagina is hurting.’

Charlene was just as shocked, as she told Penny: ‘That is a dedication to your man on a whole different level.’

Asked if she’d taken the time to put make-up on for dinner, Penny laughed: ‘I don’t recall that, I was just in that euphoria – that glow, glow, glow, just so happy the baby was healthy, but then it all hit home and it was full-on.’

Quizzed on how she got through dinner, Penny joked: ‘I was on painkillers.’

The crazy birth stories didn’t stop there, as Penny revealed that ahead of giving birth to her eldest son, she decided to go and have a plaster cast done of her body just after her waters had broken.

Penny decided to stick with her appointment and had the casting done, before heading to the hospital.

The former model is mum to two sons Alastair, 15, and Aiden, 10, who she shares with Rod.

Bella Thorne: “As a famous young woman, you’re either a whore, a drunk, crazy...

6 Of The Most Awkward Moments From The 2021 Golden Globes