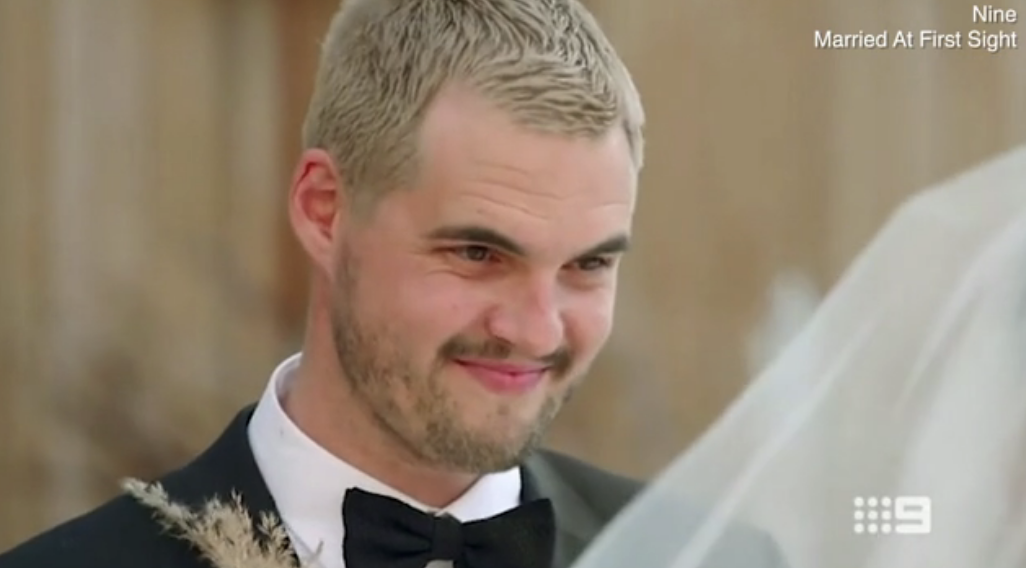 Married At First Sight Australia is kicking off with yet another season down under and it looks like the drama is set to keep on coming, judging by one groom’s comments to his new wife.

While season six is currently playing out for British viewers, season eight of MAFS Australia is airing overseas, introducing a brand new batch of grooms and brides hoping to find love, as they marry a stranger the first time meet.

Past experience tells us that it’s not all roses and couples who have previously taken part in the experiment have taken us on a wild ride full of cheating scandals, showdowns and a side of toxic masculinity thrown in.

Keeping up with tradition, new groom Sam Carraro was seen telling his wife Coco Steadman exactly what he looks for (or rather needs) in a woman.

‘I need a girl with boobs,’ he told Coco and, well, her face pretty much says it all.

The moment proved to be GIF worthy, with the official Twitter account for MAFS Australia sharing Sam’s requirements and a series of follow-up GIFs of Coco.

There’s shock, then comes the judgement and then there’s the hilarity of the situation, with Coco bursting out laughing at her hubby.

Naturally, fans weren’t left impressed by Sam’s comments, with some calling him ‘shallow’, and one viewer joking: ‘He should look in the mirror, the great boob of all time!’

Sam, a clothing brand owner from Melbourne, wed Coco, a pilates studio owner from Sydney, in the second episode of MAFS Australia’s new season and he seemed a little thrown by his bride.

Coco had big hopes for groom, stating that she was hoping to find the ‘Kanye to her Kim’ (that quote probably hasn’t timed well given that Kimye have officially filed divorce) and joked that she should have written out the lyrics to WAP for her vows.

‘I can tell she’s going to be very loud, you know. She’s a little bit different to what I’m used to,’ Sam said. ‘I’m a little bit thrown by her.’

He later described Coco as ‘f**king extra’ and insisted: ‘She’s not my cup of tea.’

For UK fans, season six of MAFS Australia is just wrapping up on screen after weeks of scandal, including Jessika Power and Dan Webb striking up a romance behind their partners’ backs and then secretly plotting to stay in the experiment.

After coming clean about their secret relationship, the experts allowed Jess and Dan to continue on in the experiment as a new couple to see if their romance could work, with viewers now watching as the remaining couples give their final vows.

In the final ceremony, the couples will decide whether they want to stay together or split, with viewers left shocked as Mark Scriven savagely dumped Ning Surasiang, after she made it clear she wanted to give their marriage a go.

Ning called out Mark’s decision for being ‘bulls**t’, as he insisted walking away from her was one of the ‘hardest decisions’ he’s ever had to make.

MORE : James Argent heads to GP for Covid-19 vaccine after fears he’d be in ‘serious trouble’ if he contracted it

The Golden Globes snubbed Michaela Coel and honoured James Corden – do we live...

Modern villa in Agarone with pool & customizable layout for sale

Catherine Zeta-Jones and Michael Douglas and More Stunning Celebrity Couples at the 2021 Golden...