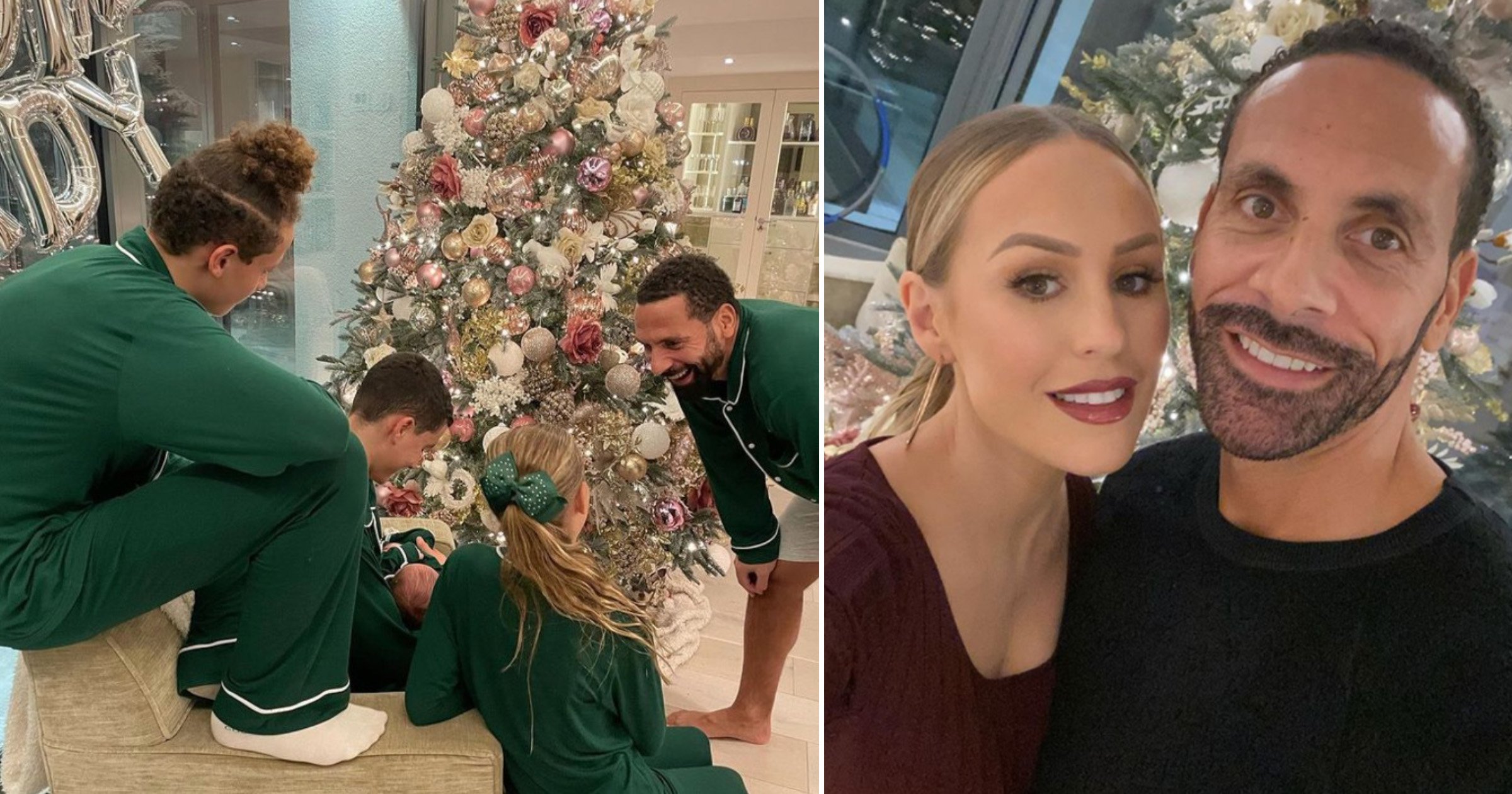 Kate Ferdinand has hit back at suggestions that she loves her biological son Cree more than her stepchildren.

The former Towie star became stepmother to Lorenz, 14, Tate, 12, and nine-year-old Tia when she married football legend Rio Ferdinand in 2019.

The couple welcomed their first child together, a son named Cree, in December last year, and the baby is Kate’s first biological child.

However, the star has admitted it causes offence when it is suggested that she would love Cree more than her stepkids, just because she gave birth to him herself.

The 29-year-old welcomed questions on her Instagram story, and one follower asked: ‘Do you love your own child a lot more than step children? I fear this will happen to me.’

Kate replied: ‘People ask me this a lot, and I can only speak for myself as everyone is different… I love all 4 children equally and I will never see any difference between my biological and non biological children.

‘Lorenz, Tate & Tia taught me what it feels like to love a child way before I had Cree. We worked so hard as a family to get to where we are now and I take huge offence if anyone even suggests I would love Cree more than them.

‘We have been through A LOT as a family, and that I believe has cemented my love for them so deep that the fact we are not blood is not important.’

To a separate question from somebody who was struggling being a full-time stepmother, Kate admitted that it could sometimes be difficult, writing: ‘Being a stepmum can be very tough at times. In case no one is telling you, remember you are doing a great job.

‘The highs always outweigh the lows, you will get through… You’ve got this.’

Rio welcomed his three eldest children with his wife Rebecca Ellison, who he married in 2009 after meeting her in the late 90s.

Rebecca died aged 34 on May 1 2015, after a short, private battle with breat cancer.

At the time, Rio said: ‘My soul mate slipped away last night. Rebecca, my wonderful wife, passed away peacefully after a short battle with cancer at the Royal Marsden Hospital in London.

‘She was a fantastic loving mother to our three beautiful children. She will be missed as a wife, sister, aunt, daughter and granddaughter. She will live on in our memory, as a guide and inspiration.’

Rio, 42, began dating Kate in early 2017, after Kate split from long-term boyfriend Dan Edgar, and they went public with their relationship that summer before getting engaged in 2018.

Kate decided to quit reality TV to focus on her relationship and new family, saying: ‘I’m taking a step back from the public eye, I want to keep my life private as I lived my previous relationship on Towie, my priority right now is Rio and the family.’

She later explained on This Morning: ‘I was in this world of lots of drama, it was all very public, and when I did meet Rio and the children I thought, they’ve lost their mum, they don’t need another woman who’s going to be out everywhere. They need someone who’s going to be home with them to give them love.

‘Rebecca is their mum and you only have one mum. A mum is irreplaceable. We’ve got a special room in the house for their mum and their nan, which has got all photos in and a computer and bean bags, they might do their homework there.’

Greece summer holidays could be back on for vaccinated Brits without need for Covid...

The Best Online Sales to Shop Right Now — From Adidas and Fenty Beauty...

Cheap spa breaks in the UK from £49 a night – including overnight stays...